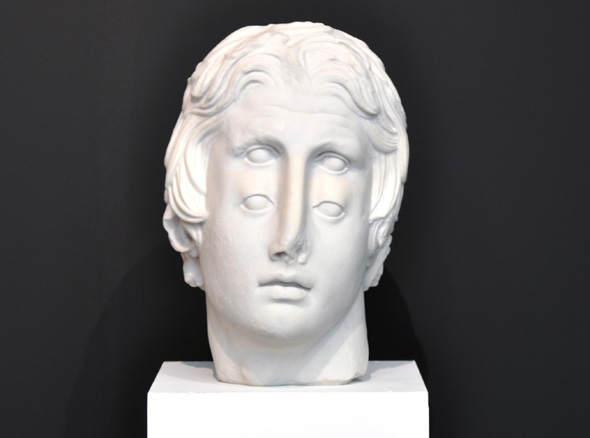 Ich bin ein Museum circles around issues like personal and cultural memory as well as private and public history. It shows how art’s approach to the recollection of knowledge differs from its populist presentation in mass media and from research methods in social science. Using distortion and irony Ich bin ein Museum criticizes the common methods of recollecting history in order to develop artworks, where the individual gets the chance to actively participate in the construction of a personal memory, which is merged with our collective one. Genco Gülan proves in Ich bin ein Museum that it is possible to overcome the classic methods of recollecting knowledge and get beyond the borders of the traditional models that shape our popularized social and cultural memory.

Genco Gülan who since the 1990’s due to his conceptually complex and aesthetically pluralistic work became a leading figure in Turkey’s contemporary art scene, develops artistic investigations in which the borderline between art and society often is porous in order to involve the spectator in his work. In Genco Gülan’s current exhibition Ich bin ein Museum at Gallery Artist in Berlin, he discusses visual art’s ability to develop alternative strategies for the recollection of knowledge in order to get beyond socio-cultural clichés and prejudices. In an eclectic and multidisciplinary manner, Gülan proposes ways of understanding history in the context of its current reality by deforming and deconstructing its descriptive artifacts, and cultural signs. (Marcus Graf, 2011)