"Kissing Zeppelins" over the Bosphorus 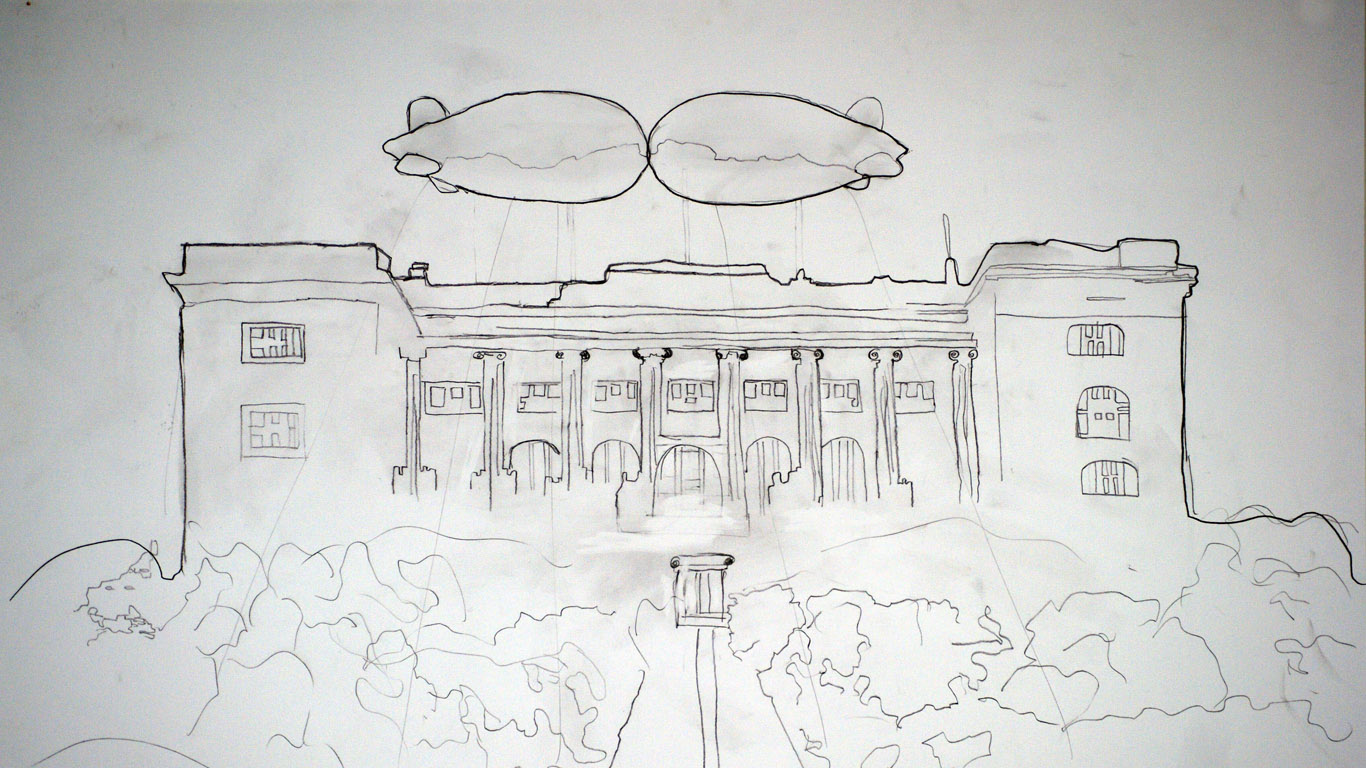 Conceptual artist Genco Gülan’s new project named “Kissing Zeppelins" will be exhibited on 27 May, over the Bosphorus sky. This aerial installation is composed of two Zeppelins, each 5 meters attached to each other from their front.

The zeppelins, each have 16 m3 helium capacity, will be able to be seen with bare eye from the Asian side, while the installation is taking place over the sky of Gould Hall, Robert College. This project is, within the scope of Robert College Fine Arts Festival 2012, is going to be exhibited for the first time in Istanbul.

On the same day of the festival, Genco Gulan will have a workshop is called “Symmetry in Art and Art in Symmetry”. He is going to talk about the symmetry and dissimetry in our bodies and ways for applying this into contemporary art.

Gülan has been nominated and selected as a finalist for European Art Awards in 2011, and is a jury member of Turgut Pura Art Awards. His project is called “Kissing Zeppelins” is funded by Fine Arts Faculty of Okan University.