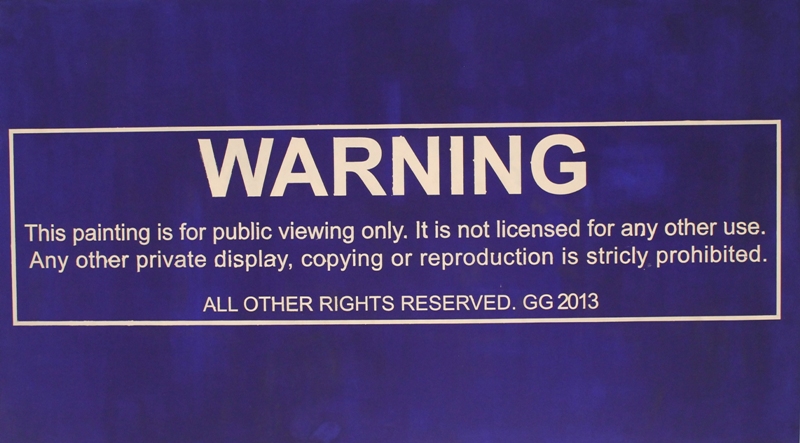 Contemporary artist Genco Gulan, acts almost like a story teller, with a digital rod in his hand and introduces us his new work that appeal to different senses in his recent exhibition called “Untitled" 2014. Gulan, who is one of the leading names of contemporary art, continues bringing the traditional and the extreme together with his compositions prepared by surprising objects, installations that are exclusive to their location and extraordinary paintings. With those post-modern stories that are created with various media and surprising materials, he fiddles with the audience’s minds.

“Untitled" 2014 reminds a retrospective, with sculptures, paintings and objects that each tell their own stories. The exhibition is tailored with refences to archaic, art history, modernism references and confides the artist’s work reserve that is accumulated through the years.

“Untitled" 2014 builds an observatory that one can read the artist’s mind over the statues formed with a teasing and judgmental attitude, paintings that digress from the usual margin with their unique bits, visual relations that are formed with music and unusual object placements.

Artist creates inter-sense pathways within his unrestricted borders through the visuality of a symphony without G notes (Symphonie Sans Sol) and the chocolate sculptures that arouse the senses of smell and taste? In “Untitled" 2014, it is possible to encounter some orientalist works as well as the traditional and modern ones. Genco Gulan, puts himself on the backstage and leaves the relations behind the stories to the audience to process, in the universe that is composed of piece – whole, piece – piece and whole – whole relations. That relation and interaction between those, forms the language of the artist that is open for exploration and interpretation.

The harmony that emerges from the works that speak different languages and that their inner relations are solved by the audience, reveals the clues of Genco Gulan’s unique identity and spontaneity. “Untitled" 2014 welcomes a pleasant journey on vibrant colors, different textures, pathways to explore in this artistic observatory that urges the audience to examine every art-work closely.