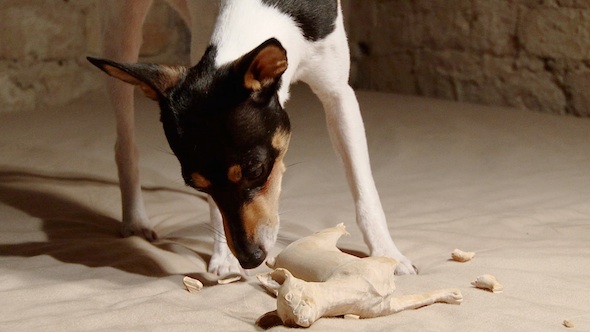 The Japanese artist duo Mai Yamashita + Naoto Kobayashi creates video installations based on methodologies of conceptual art.
At ASIFAKEIL (http://www.asifa.at/) in MuseumsQuartier (http://www.mqw.at/) they will present their new project A Dog And Wooden Sculptures, which is a collaboration work with their dog, produced during their MQ residency.
In the project, they curve primitive wooden sculptures by hand and gave them to their dog. Destroyed, deconstructed or improved figures will be installed together with the video of the dog playing with them.

On March 27th Mai Yamashita + Naoto Kobayashi will personally present a choice of their projects in Raum D / quartier21 in the MQ.
In March and April 2014 they stay and work as arists in residence in the Museumsquartier Vienna, based on an invitation by ASIFA AUSTRIA.