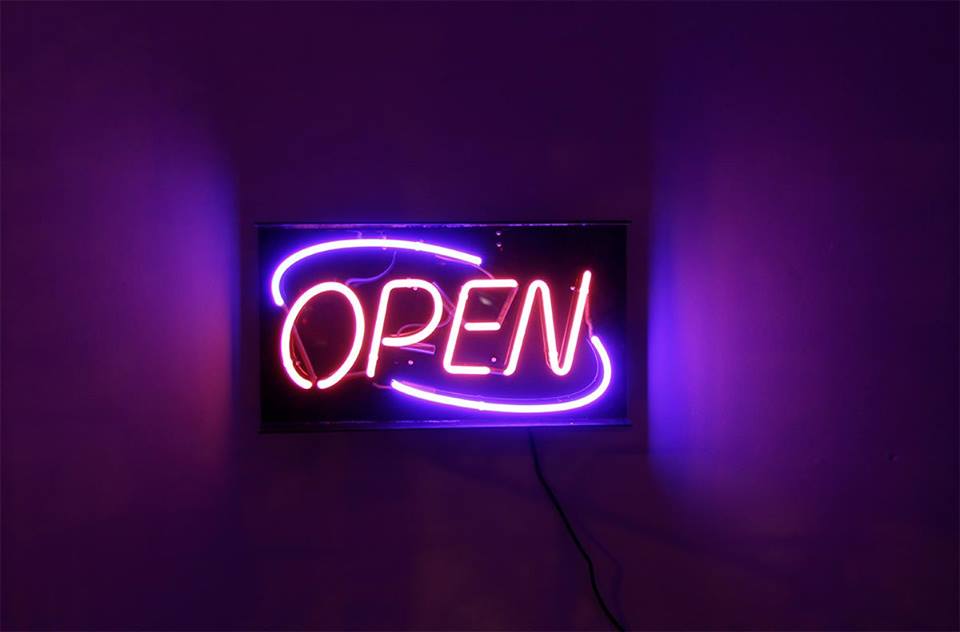 Emily will be talking about how design can intercept or comment on capitalism through humor and general weirdness. Some of her influential projects and activities include Male Tears sweatshirt, Design Book Club, and this thing.

For his talk, Jon will briefly discuss his work while focusing on newer pieces from his recent show Everything Is Text. These works involve a character-driven, interactive element with a hyper-local wireless platform. Viewers submit messages for Morse-code interpretation and re-presentation as color and light. Chambers will set up this network at Dorkbot and audience members will be encouraged to type in and submit their haikus, non sequiturs, and mini-manifestos for an immersive visual environment. He will also go over the various tech elements that make this system run.

Emily Haasch is a designer, artist, and tiny human. She physically resides in Chicago, Illinois, USA, North America, Earth. Her thoughts digitally reside on Twitter. With roots in collage and object design, she enjoys cultivating a practice that is interdisciplinary in regard to both medium and purpose. Lately, Emily has been interested in the intersection of design and the systems it both supports and resists. By questioning these themes, she has slowly been initiating digital and IRL projects to make sense of what it means to be a designer in 2015.Emily graduated with a BFA from SAIC in 2013. By day, she is employed as a designer for a small game studio in Wicker Park. http://www.emilyhaasch.com/

Jon Chambers’ work focuses on the production of art through technological objects, software, and networked interfaces while aestheticizing experiences of saturation, obsessions, and contradictions. He uses a range of mediums and has shown work nationally and internationally. Chambers currently teaches at the School of the Art Institute of Chicago and the University of Illinois at Chicago. http://jonchambersart.com/

Dorkbot is a multi-city series of free informal talks by people who do strange things with electricity. It has been running since 2008. Do you do fun things with technology? Want to give a talk, demo, or workshop to other people playing with tech?