SMAK.ORG is a virtual museum squat. Like "real life" squatters, we want to draw necessary attention to a situation of neglection in the public sphere - attention to interesting, rather marginal but publicly available online artwork and other relevant networked and digital projects that are not or insufficiently noticed and documented by the regular media and art world. So, we are doing the homework the 'real' S.M.A.K. has forgotten or neglected - not only the S.M.A.K., but also other 'technophobic' art institutions, and even those digital art venues and events that propagate a specific, mainstream-elitist, uncritical, politically correct and/or rather corporate technohype agenda.

SMAK.ORG wants to pursue an active policy of creating an open, bottom-up and sometimes (un)didactic platform for showcasing creative digital initiatives to an interested, uninitiated, unsuspecting or even unwilling audience. We are looking for suggestions, ideas and collaborations of any kind.

SMAK.ORG is also trying to raise a debate about the role of media, museums and the art world in a networked society. We are worried about the fact that very few people, for example, seem to be questioning the media hype surrounding this new generation of contemporary art museums - it seems politically correct to applaud any effort to propagate historically grown and established 20th century artwork, and mainstream media are very eager to contribute to this politically correct image - but it might be a good idea to analyze and question these mechanisms, and to develop a more complex viewpoint on the construction of these specific (art) histories, events, personalities and institutions - often enough the results of political, corporate or nationalist agendas. We are not anti-art, but we like to ask questions and want to present alternative views.

SMAK.ORG is created by a very small group of volunteers ('You Can Do This Too'! ;), and as a no-budget project it is a cheerful tribute to those other 'heroic' small scale initiatives maintaining their own optimistic policy of self-sustainability, modesty and independence.

Want to see more?
Take full advantage of the ArtBase by Becoming a Member

For a long time dBONANZAh! had been wondering whether it was mere ignorance or even blatant prejudice that kept both museums from paying any attention to developments in digital and internet art. Wasn't it Jan Hoet who once, years ago, shocked a whole digital art crowd of artists and theorists at a festival, by stating "I don't see any art here"? So, dBONANZAh! decided to take some action, on the special occasion of the grand opening of the renovated S.M.A.K. in 1999.

Two fake websites were created. They are both archived here.

MUHKA.ORG turned out to become a parody and hilarious collage of the few snippets of info about the museum that could be collected on various dispersed sites (developing a proper, even simple, website was not an issue at all for MUHKA around that time).

SMAK.ORG became a spontaneous and mixed collection of renowned net.artworks (jodi - Daniel Andujar - vuk.org), examples of so-called digital 'cultural resistance' (RTMark - gwbush.com - freespeech.org) and cheerful products from net.practitioners (claus - yfcf - cassandra.be). The collection, frozen at this moment, is still very much worth the while.

Many visitors got completely fooled. Others were indignant. Some showed great enthusiasm. Less sense of humor became apparent when, in the beginning of 2000, S.M.A.K. threatened the makers of their (worthy) cybersquat with legal action. A dialogue was initiated and initial hard words were withdrawn; some hope was expressed that dBONANZAh!s message somehow had seeped through. Both projects came to an end, allowing dBONANZAh! to invest its modest (its very own) financial means into other projects, eagerly awaiting meaningful initiatives from the Belgian contemporary art and museum scene. 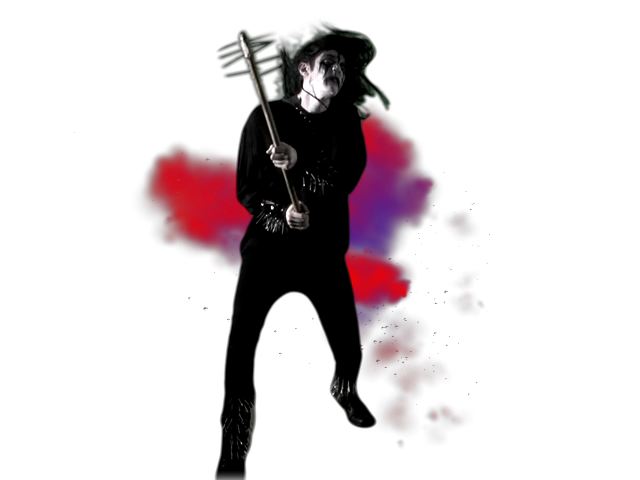