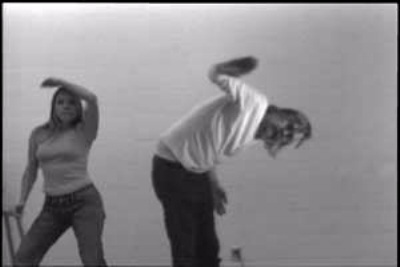 Beck has been commissioning artists to create his music videos for years and legendary music video director Michel Gondry just had a gallery show in New York City. These are just two instances the are evidence of the blurring between what we think of as video art and the art of the music video. This trend (if we can call it that) is the subject of Playback, an exhibition at the Musee d'Art moderne de la Ville de Paris. With a large roster and multiple venues, the show illustrates the history and diversity of the art/music video genre. Works by Andy Warhol, Laurie Anderson, and Rodney Graham sit alongside newer works by Michael Bell-Smith, Paper Rad, and YOUNG-HAE CHANG HEAVY INDUSTRIES. With numerous screenings throughout the city, the best place for those not in Paris to see the show is on the Playback myspace page, which links to a number of videos in the show. Notable highlights include Jill Miller's I am Making art Too, a witty, playful, and pointed update of John Baldessari's I am Making Art, and art world darlings Los Super Elegantes' telenovela Dieciseis/Sixteen, directed by Miguel Calderon. In a time when most video art has become multi-screen installation, Playback makes a strong case that single channel video, in the form of the music video, is alive and well, with an audience and a distribution network to rival single channel video's heyday.