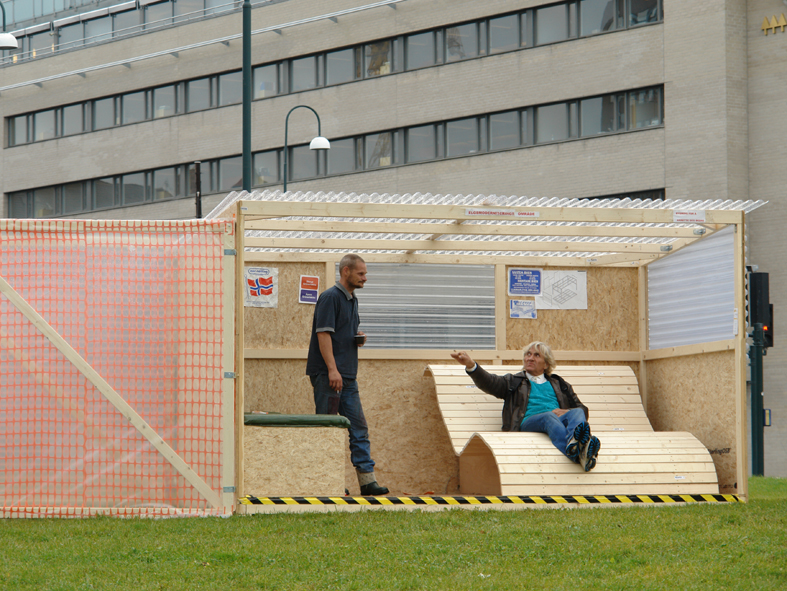 Dubai can have its man-made islands and indoor ski slopes; I will gladly take the ephemeral and democratic structures of Orange Works instead. Since 2004, artists John Hawke and Sancho Silva have been collaborating as Orange Works to create critical and charming interventions in public space that address the needs of the immediate public. The project's stated aim is "to build unauthorized temporary urban constructions camouflaged as in-process construction sites in order to probe existing spatial pressures, and reorganize public spaces to allow for new social uses." This past September the pair built a shelter and meeting place in a public park in Oslo, Norway. Two weeks later, after acquiring permanent residents, the authorities took the shelter down--but not before the seemingly ambiguous intervention asked what a 'public park' truly meant. Similarly, an 'Open House/Rest Area' with tables, benches, and a small terrace was placed on Brooklyn's York Street in 2006. Local residents used and shared the space without incident for several weeks before the police vandalized it for no apparent reason. It seems that somehow, when we see a new construction, shared public use is not the first thought we have.