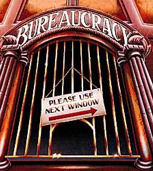 Heath Bunting's Status Project is an online database that tracks and maps the manners through which corporate, institutional, and governmental entities compile and compare our personal information. Bunting, one of the original net.artists, has since his earliest projects concerned himself with transgressing boundaries--using the internet's potential as a boundary-less, liminal space. From his earliest work, like 'Kings Cross Phone In' (in which he arranged, via the web, a massive call-in to pay phones in and around London's Kings Cross Station) to his later work 'BorderXing' (consisting mostly of documentation of his travels across international borders without the intrusion any immigration or customs officials), Bunting has been exploring virtual and actual lines of power and our relationship to them. 'The Status Project,' developed with Kayle Brandon (and previously included in Rhizome's ArtBase 101 exhibition at the New Museum of Contemporary Art), gives users access to 'an expert system for identity mutation.' On November 29th a new phase the project will be launched and presented as part of Trampoline's Radiator Festival for New Technology Art in Nottingham, UK. The new phase will include five detailed maps of the systems that control and share our online identities, as well as a new 'Status Manual,' a how-to-guide for your own personal data manipulation and 'dataflage' (like camouflage). He will also be conducting a 'Psychogeographic Walk' through the streets of central Nottingham, physically illustrating the relationships and connections explored in the Status Project. Railing against dominant power structures can be a trying experience, so if you are lucky enough join them, heed the press release's warning: 'Warm clothes and comfortable footwear advisable.' - Caitlin Jones