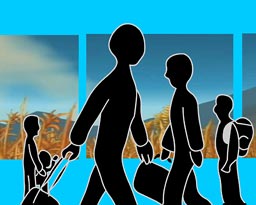 The longest-running documentary film festival in the US, the Margaret Mead Video and Film Festival opens this Friday in New York City. As its namesake evokes, this fest highlights anthropological, sociological, and political films, casting a wide net to present films that critically engage a broad range of global cultures and themes. A number of screenings and discussions are closely aligned with new media art concerns and threads. The panel The Machine is Us/ing Us: User Generated Content, moderated by Michael Wesch, assistant professor of cultural anthropology at Kansas State University tackles Web 2.0 from an anthropological perspective with the participation of the head of YouTube's film department as well as key administrators from other user-driven sites. The screening of Rani Singh's The Old, Weird America: Harry Smith's Anthology of American Folk Music presented by Jonas Mekas and Anthology Film Archive looks at the remarkable contributions of American avant-garde filmmaker and musicologist Harry Smith (many of his Early Abstraction films can be previewed on YouTube) and Eyebeam co-presents the premier of Jaqueline Goss's new work Stranger Comes to Town which appropriates animation from the Department of Homeland Security, World of Warcraft, and Google Earth. Often caught up in the insular art world, events such as the Margaret Mead Video and Film Festival not only exposes us to new trends in documentary film, but also allows us to view issues so central to new media art in much broader cultural contexts.