Rising in the East 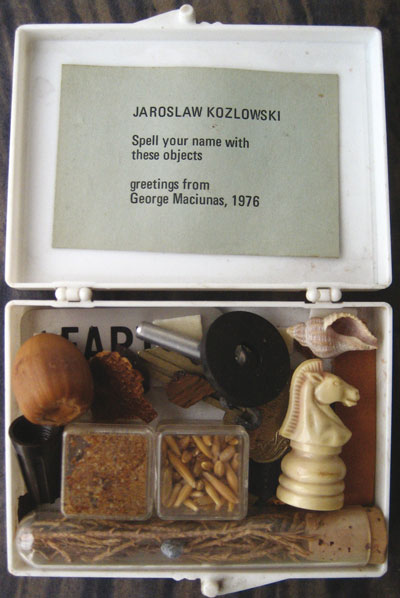 In the early 1960s, exiled Lithuanian artist and Fluxus founder George Maciunas (according to legend) wrote to Nikita Khrushchev and proposed, among other things, a tour of Fluxus artists aboard the Trans-Siberian Railway. Although none of Maciunas's proposed collaborations with the Communist party were ever realized, his intention to spread the art and ideals of the Fluxus movement throughout the Eastern Bloc succeeded. Fluxus East, an exhibition now at Berlin's Kunstlerhaus Bethanien illuminates this previously under-documented history of Fluxus in Eastern Europe. Objects, photos, films, texts, and even police files compiled on their activities, commune the rich narrative of this prolific group which thrived during a period of oppressive state control. Over the next year the show will travel to historical hubs of Fluxus activities in the East, including Vilnius, Krakow, and Budapest, with simultaneous offshoot exhibitions throughout the area. As a result, 'Fluxus East' and its related program embodies not only Fluxus as an important movement, but as a continuing network of people, places and truly revolutionary ideals.


Image: George Maciunas: Spell Your Name with these Objects (1976).