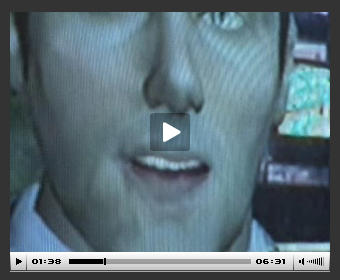 While Google, Rupert Murdoch, and their corporate peers have just begun to grapple with ways to profit from the phenomenon, artists were early in embracing user-generated content as a way for viewers to help create what they consume. Work that directly uses web portals such as Flickr, YouTube, and MySpace or virtual worlds, such as Second Life--along with projects that demonstrate similar principals of generative consumption--have become a significant part of the collection of interactive art at the ZKM (Center for Art and Media) in Karlsruhe, Germany. As a part of the institution's 10-year anniversary celebrations, its media museum has organized YOU_ser. The Century of the Consumer, an exhibition of work that, in one way or another, requires a viewer's input for completion. Opening on October 20th (Vernissage TV already has behind-the-scenes video of the installation in progress available on its website) and running through December 31st, the exhibition includes progenitors of contemporary viewer-enabling practices by Nam June Paik and Joseph Beuys, as well as contemporary work created for the exhibition. The wide-ranging group of more than two dozen artists with work in the show spans from prolific Sao Paolo artist Giselle Beiguelman, who works in media from video to wireless communication networks; and Milan photographer and filmmaker Armin Linke, who recently began allowing viewers create custom artist books from a selection of his photographs; to the five-artist video game developer and imprint Susigames. Curated by ZKM Chairman and CEO Peter Weibel, the exhibition celebrates the democratic stroke inherent in a user-enabled creative process that turns consumers of art into artists, curators, and producers.