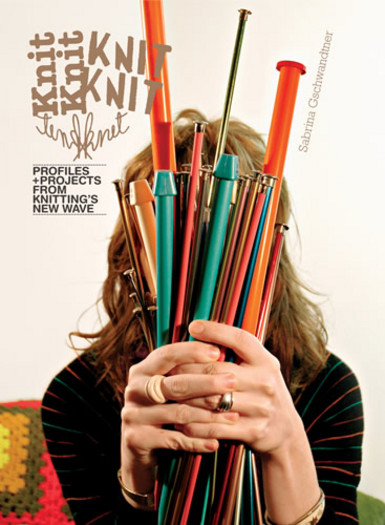 With a resume that lists film, video, and photography alongside the traditionally less technical media of crochet and knitting, New York artist Sabrina Gschwandtner's body of work could seem a bit disjointed. But given the tendency, in the last decade or so, for artists to make conceptual and even subversive use of domestic craft in their work--a move that parallels D.I.Y. and homespun approaches toward digital media--her divergent practices begin to make sense. In 2002 the artist founded 'KnitKnit,' an editioned journal devoted to handicraft as fine art, and after five years of chronicling vanguard work created in traditionally home-bound media, Gschwandtner has also authored a book on the topic slated for publication this fall by Stewart, Tabori, and Chang. Manhattan's Greene Naftali gallery hosts a party celebrating the release of KnitKnit: Profiles and Projects from Knitting's New Wave on September 13. The author will sign copies of the book from 6-8 pm, accompanied by Teva Durham, Beryl Tsang, Jim Drain--who has a concurrent show of new work at the gallery--and other artists featured in its pages.