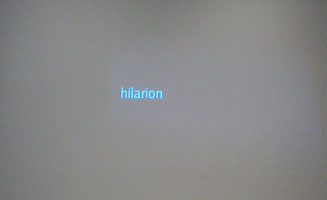 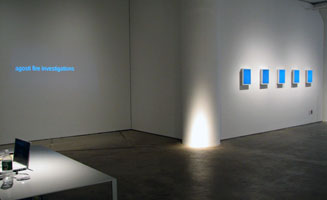 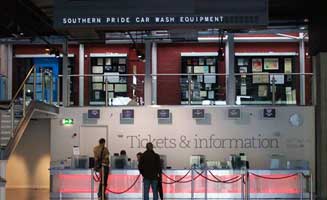 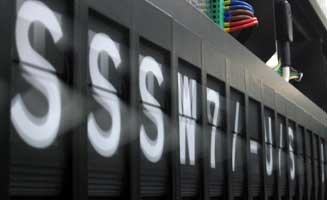 Artist's statement: At 00.00hrs on January 1st 2005 an automated beacon began broadcasting on the web at http://www.automatedbeacon.net. The images above are documents of the gallery version of this work, which exists in two forms -- first made in 2006 as a live data projection and then in 2007 as a unique mechanical railway flap sign built by Solari of Udine in Italy. The development of the railway sign was funded by The Arts and Humanities Research Council (AHRC) and British Film Institute (BFI)/Arts Council of England (North West)

In both instances, BEACON continuously relays live web searches as they are being made around the world presenting them back in series and at regular intervals as an endless concrete poetry. The beacon has been instigated to act as a silent witness: a feedback loop providing a global snapshot of ourselves to ourselves in real-time.