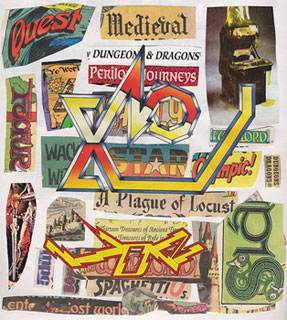 Gaming visionary Gary Gygax, co-creator of the Dungeons and Dragons universe, passed away on Tuesday, March 4th, 2008. He was 69. Gygax is credited as the father of role-playing games (RPGs), but D&D's influence has permeated almost every genre of gaming since it was first published in 1974. Perhaps what's most remarkable about the game is that, in its basic form, D&D is only a set of rules and suggestions. The creative aspects of the game are left in the hands of the players. With only a few multi-sided dice, a pencil, and some graph paper, D&D players devise fantastic worlds, develop complex characters, and engage in dynamic group experiences. The imaginative agency provided by the game and its participatory nature may be its greatest contribution to the foundations of contemporary game design. Video games have been particularly inspired by D&D, as many of the designers and coders behind some of the most important titles in video game history grew up rolling a 20-sided die. It's hard to imagine the existence of Richard Allen Garriott's Ultima series, Hironobu Sakaguchi and Yoshitaka Amano's Final Fantasy series, or Blizzard's World of Warcraft without the game play mechanics established in D&D. Even the internet itself owes a little bit to Gygax. From late-70's MUDs to the massively multiplayer online games of today, the development of networked, D&D influenced RPGs has both paralleled and pushed the development of the web towards creativity and collaboration. Artists such as Brody Condon have translated the form of role-playing to the gallery. For Untitled War (2004), Condon invited twelve warriors to fight until their "death" at the Los Angeles space Machine Project. The taxing two hour long performance, accompanied by the music of the Winks, is an absurd and playful commentary on the slippage between reality and fantasy proposed by legendary games such as D&D. Fittingly, avatar-filled Gygax tributes have been occurring all week within many of these online game worlds, including D&D online. - Nick Hasty