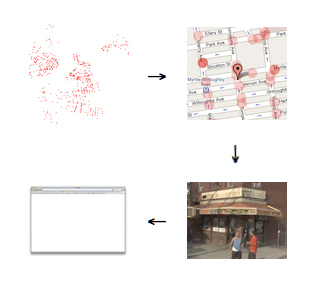 "I would like every bodega in New York City to have a homepage."

"Bodegas on the bodega list come from off-premise liquor license listings on the New York State Liquor Authority website. Bodega images, locations, and names are gleaned by humans using the "IS THIS A BODEGA?" tool. Once a bodega has been verified, it appears on the list and on the red dot map."