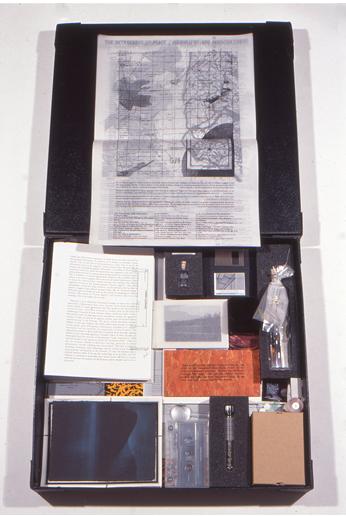 Jordan Crandall is an artist and media theorist whose work deals with the cultural and political dimensions of new technologies. Between 1991 and 1995 he was the editor of Blast, a multimedia magazine that was initially published in a box format. Blast evolved alongside the popularization of the Internet, and much of its work occurred at the intersection of publishing, digital culture, and the production and distribution of art objects. This spring, Crandall spoke with Triple Canopy about the history of Blast, the nature of the magazine as a form, and the days of accessing bulletin board systems via suitcase-size modems.

-- FROM "UNMARKED BOX ON A COUNTER: JORDAN CRANDALL IN CONVERSATION WITH CALEB WALDORF" IN TRIPLE CANOPY, ISSUE #9