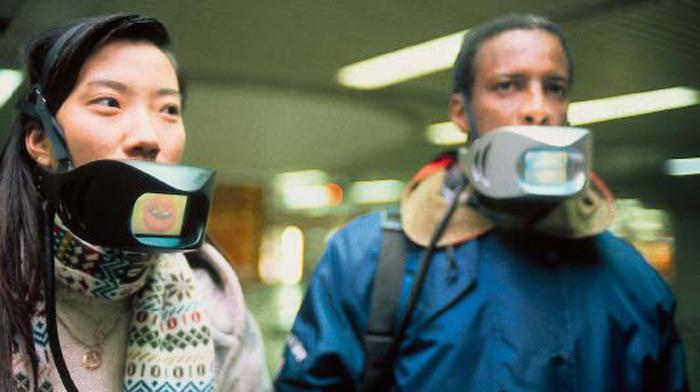 The Porte-Parole Mouthpiece is an instrument for strangers, its function is to empower those who are deprived of power.

This object encircles the jaw with a small video monitor and loud speakers placed directly over the wearer’s mouth, showing the lips moving in sync to the prerecorded narrative. It is designed to replace the hesitations and fearful silent of an immigrant’s personal voice with a fully formed version of the immmigrant’s story. It function both as a conduit of ones' voice and image as well as a gag that blocks the mouth and prevents from speaking.

Porte-Parole transforms its user into a virtual subject, literally, a cyborg communicating through a high-tech device rather than your own bodily apparatus for speech. The small size screen drives viewers to come closer to the user face in order to see the image of the moving lips and hear the voice.