Several posts to Crispin’s Tumblr depict classical statuary bathed in slime from the least natural regions of the Photoshop palette. But that’s not the only way artists have engaged the theme. Angelo Plessas is a twenty-first century Greek who works with the physics of Flash, exploring how architectural issues of materials’ interaction in space unfold when material and space are made of code. On his site Not Only Possible but Also Necessary, Medusa masks spin at an arch’s twin bases. Snakes slither through their hair and expel water. When the site is fully “submerged,” it starts over from the beginning. The central image is a building loosely constructed from negative space: the columns are black silhouettes, the windows and doors are made “distant” by their relatively small size. The architectural elements suggest the outlines of a face: windows for eyes, a door for the mouth. It’s an iteration of Plessas’ favorite emoticon leitmotif, which might be read as playfully inverting the golden mean, the Greek aesthetic theory that transformed the proportions of the human body into criteria for architectural form. Not Only Possible but Also Necessary flattens time as well as space: the timelessness of ruins is recoded as an animated loop.

Grinding on the Greeks, a site by Nicolás Colón and Nick DeMarco,* puts da club in the museum in a gesture of late late Dadaist collage. Viewed one way, the antique sculpture in the background fills the same function as Richard Serra does in DeMarco’s family portrait of him with Michael Cera. But Grinding on the Greeks is not just a negation of a cultural hierarchy of our time—it’s an encounter between widely held standards of beauty from two times. The dancer is mostly naked, a personification of America’s erotically charged youth culture with a thong riding up her hip. Yet her gyrating pelvis prudishly blocks the ephebe’s marble junk. Both the girl and the statue are anonymous manifestations of cultural trends that extend far beyond them. Like Plessas in the work described above, DeMarco makes use of the whole window: the URL and the page’s title make a double caption. The browser is a discrete zone where values can be digested and transformed, and where the result can be displayed. 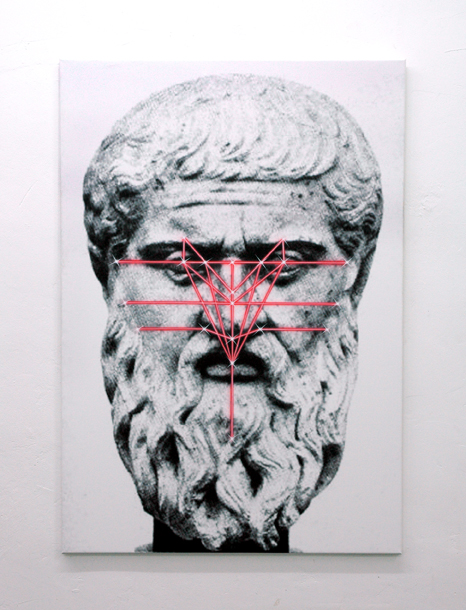 The web site of Aids-3d used to feature a proto-Tumblr that freely mixed images of classical art and architecture with computer-rendered bodies, robots, and virtual reality goggles—an archive where humanism jostled with the post-human. “Speculations on Cosmic Culture,” the collective’s 2009 exhibition in Berlin, wondered if humanity’s dependence on technology has endangered it as a species. The show’s signature image was Berserker, a man-sized Styrofoam alien. Its pose mimicked contrapposto, a breakthrough of classical sculpture that introduced an asymmetrical stance to suggest a mind at work inside the stone head. Contemporary touches—the peace sign given by the alien’s raised left hand and the Flash drive in its right—mockingly exaggerate the human qualities attributed by the Greek allusion. “Automated Mission Report: 3rd Planet of the System Sol,” reads the statement for Heat Death, a video work that was displayed on a computer near the statue. “No sign of sentient life...  Humanity is wiped out in the near future and this crappy screensaver is the closest we get to creating the Omega Point simulator/ computer.” The alien has arrived to claim the dominion of man, who vanished in his own files.

Oliver Laric’s Versions (2009, 2010) are essays on the dissemination of visual culture that draw examples from pre-modern times as much as internet culture. In his ahistorical take on reproduction media, the press molds that let Greeks take small souvenir sculptures from temples are more or less the equals of contemporary image incubators like 4Chan and Tumblr. His Kopienkritik, recently installed at Skulpturhalle Basel (covered previously on Rhizome) interpreted those ideas in space by assembling collecting statue copies and using them as screens for Versions. In the ancient world, few traveled enough to see replicas of the same statue at far-flung temples, but now—when travel is accessible and common—a temple of contemporary art like Skulpturhalle Basel has the resources to put near-identical pieces in one place for the viewer’s cool perusal. Laric largely ignores the value systems propagated by antique art, focusing instead on the systems of production of distribution. As Tom Moody commented, he is “literally projecting present day attitudes and values onto the past.” The humanist worldview recedes to the background, supplanted by a fascination with media. 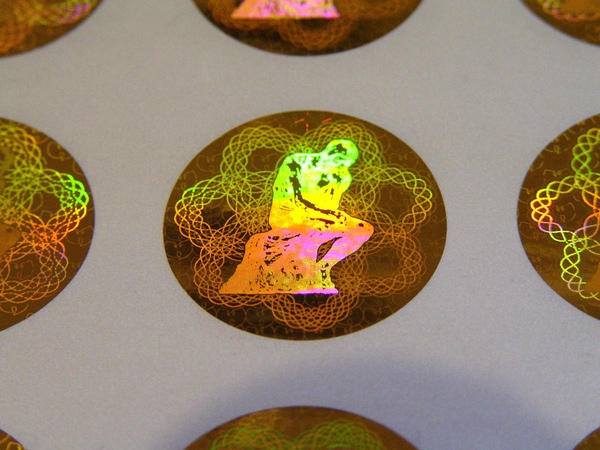 Versions is, in part, about the increasing irrelevance of the Romantic ideal of the artist as the possessor of a unique, original vision amid a hyper-productive visual environment. In this respect, Laric’s references to medieval and ancient art are appropriately evocative of non-Romantic modes of conceiving culture. But the value shift slips out the bottom. By foregrounding systems, Laric’s critical inquiry espouses an attitude that is realized, tongue in cheek, by Aids-3d in “Speculations on Cosmic Culture”: man vanishes, his artifices remain. Both works respond to the ease of creation in the digital age, where the means of production and distribution become more important the image itself.

If the ancient artist worked in service of truth and beauty, the contemporary artist serves to propagate the system he is participating in. “Recipe art” loses its sting as an accusation when the formula is not just a way to make an image but a representation of man’s technologically mediated encounter with his environment. Sterling Crispin’s archive, originally intended as a critique of a cliché, ironically took on a life of its own as an artist’s statement without an artist—an autobiography of a meme acquiring significance in its iterations.

Thanks to Sterling Crispin and Allyson Vieira for their discussion and insights.