Today I am pleased to announce the publication of a paper that documents the past, present, and future preservation practices of Rhizome's archive, the ArtBase. This paper is the synthesis of years of research conducted by Rhizome and other leaders of digital preservation, in and outside of art institutions. What follows is an attempt to summarize a few key points. The paper in its entirety is available here: Sustainable Preservation Practices and the Rhizome ArtBase

"…if nobody sees a museum piece, what’s the point of having it or keeping it? Museums exist for a social purpose, for us humans."
Bruce Sterling, keynote address at “Preserving the Immaterial: A Conference on Variable Media,” Solomon R. Guggenheim Museum, New York, 2001. 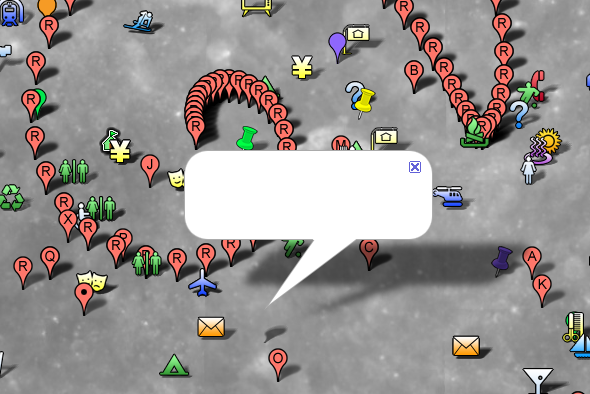 What happens when an institution acquires a digital work of art? How does one preserve and ensure the longevity of an art object that is inextricably tied to infrastructure built and controlled by neither artist nor institution? How can a work that exists in a social space, or makes use of real-time external data sources, be documented? These questions have long plagued collectors, conservators, and collecting institutions, as well as artists themselves. At Rhizome we face these challenges daily in our effort to preserve and ensure access to a multi generational practice and legacy of work produced by the communities we are built upon. The first line of Rhizome's mission statement reads: "Rhizome is dedicated to the creation, presentation, preservation, and critique of emerging artistic practices that engage technology." Of these tenets, one that perhaps occupies the least public awareness, yet constitutes a significant portion of our labors is preservation. It is at the core of Rhizome's mission of support.

Since it's inception in 1999, the ArtBase has undergone numerous stages of evolution. What began as a simple place for sharing links has grown into a comprehensive archive adherent to international archival standards, containing over 2,500 works. Parallel to the archive's evolution, we have witnessed the aging of these works, some dating to 1994. From broken links to obsolete plugins, we have seen it all. Slowly but surely we are migrating works to host on our servers so that we may provide stable URLs, understand the digital objects that a work is composed of, and create stable versions of works that will remain unharmed by technological innovation. We are on a deep level working to ensure true longevity for these works, that 30 years from now they will be accessible and functional. Rhizome is 100% committed to providing permanent, free, public access to this collection and its cultural context.

Theory, research, and practice of digital preservation has existed for decades in disparate fields such as computer science, information science, digital humanities, and over the course of the last decade or so, in the art world. It is inarguable that seeking long-term permanent access to digital works of art is drastically more complex than the preservation of other forms of data and information. An artist's aesthetic and conceptual intent, often unspoken, are integral components often creating the need to preserve the look and feel of a woefully ancient piece of software. Case studies of such situations were conducted in the early aughts by the Variable Media Initiative (of which Rhizome was a participant). Our mission is one deeply rooted in access. The interconnected technological infrastructure artworks exist within creates a tenuous relationship wherein the actions of external parties directly affect the ability to for an artwork to function. Without function, there is no access. A rather clear example of function being defined by a third party is clearly present in the above piece by JODI. Globalmove.us implements a combination of the Google Maps API and subversive javascript written by the artists to create frenetic drawings (earthworks even) built of Google Maps UI elements. The ability for JODI's hand crafted javascript to accomplish this feat is explicitly allowed and defined by code that is written, hosted and provided by Google. Were this work to be preserved by a collecting institution, how would one ensure that changes made by Google to their Maps API does not destroy the functions implemented by the artist's code?

On a more systemic level, internet based digital works are affected by the most fundamental form of infrastructure: the browser. This piece of software is the user/patron/visitor's sole point of access to web based work, yet it is produced and controlled by neither artist, patron, nor collecting institution. Manufacturers of web browsers explicitly define what can and can not be accomplished within the browser window – a rapidly shifting paradigm. Software efficiency and the politics of emergent web standards is a concern secondary to our goal of properly supporting a chronological legacy of net.art, yet it is a reality we must face. Through growth in ArtBase infrastructure, research, and staff we aim to lift the burden of maintenance, in an effort to encourage experimentation and devotion to new work among creative communties online.

Preservation is challenged well beyond technical impetus when considering works that exist entirely within a web service, or social networking platform. Here the lines between digital object and performative action are blurred. In the instance of a work such as Joel Holmberg's "Legendary Account," what is to be preserved? Is the context of the Yahoo Answers platform vital to one's encounter? When exhibited as part of the New Museum's Free exhibition, the work was displayed as printouts of screenshots, and as well, the work exists as highly compressed screenshots on the artist's website. Do these forms of documentation suffice? Is this experiment in internet phenomenology best encountered naïvely in its natural setting? 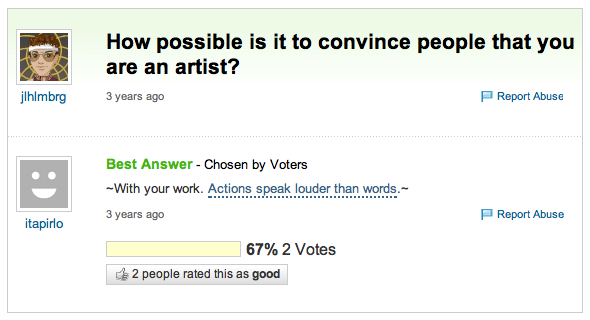 Looking beyond initial innovations and solutions in documenting and preserving digital artworks, supporting the longevity of such work, and its accessibility to the public is a significant commitment. Even with adherence to international archival standards, the recurrent nature of obsolescence creates a continuum wherein after an obsolete art object is restored, it is only a matter of time before its solution is rendered obsolete. Without action, obsolescence and lack of documentation creates an air of mythology – an inaccessible history or digital dark age.

It is our hope that through the research presented in this paper, we may synthesize the progress achieved in disparate disciplinary silos, and further the theory and practice of preserving digital materials within the arts community.

As a footnote – Globalmove.us, and Legendary Account are not part of the ArtBase's collection, but are used as examples due to their inherent risks and challenges.