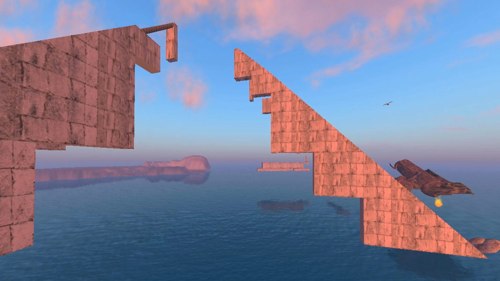 When are games more than games? When they are communicating with others?

Although videogames are bigger than ever, they are often perceived as cultural silos and not in conversation with other art forms or cultures. In conjunction with videogame arts and culture company Kill Screen, Rhizome invites you to an evening of conversations between game designers and new media artists. Divided into three mini-conversations, the talks will explore three areas: artificial intelligence, with Dave Mark and Mary Flanagan; the feeling of digital objects, with Tabor Robak and Katherine Isbister; and games as space, with Casey Reas and Andy Nealen.

Katherine Isbister is an Associate Professor with a joint appointment between the NYU Game Center and NYU-Poly's Computer Science Department. She is Research Director of the Game Innovation Lab at NYU-Poly, where she focuses on designing games that heighten social and emotional connections for players, toward innovating design theory and practice. Isbister's work has been featured in Wired, Scientific American, on NPR's Science Friday, as well as in many game development and scholarly venues.

Mary Flanagan is interested in subjectivity in digital media artifacts and in the ways in which play affects everyday life; she has made game-related artwork for over a decade. Her work has exhibited internationally at venues including the Laboral, The Whitney, SIGGRAPH, Beall Center, Postmasters, Steirischer Herbst, Ars Electronica, Artist's Space, The Guggenheim, Incheon Digital Arts Festival, and others. Flanagan’s research with her game lab Tiltfactor.org has been deeply concerned with novel game design and her theories of "critical play" and “collaborative strategy” games. Her books in English include reload (2002), re:SKIN (2007), CriticalPlay (2009), and the forthcoming co-authored Values at Play in DigitalGames (2012) all with MIT Press.

Dave Mark is the President and Lead Designer of Intrinsic Algorithm, an independent game development studio and AI consulting company in Omaha, Nebraska. He is the author of the book "Behavioral Mathematics for Game AI" and is a contributor to the "AI Game Programming Wisdom"and "Game Programming Gems" book series from Charles River Media. Daveis also a founding member of the AI Game Programmers Guild and has spoken at numerous conferences including being a co-advisor for the previous AI Summits at GDC. He continues to further his education by attending the University of Life. He has no plans to graduate any time soon.

Andy Nealen is a faculty member in the department of computer science at Rutgers University, where he teaches computer graphics and game design. Some time ago, he studied architecture and structural engineering, and worked in those fields before turning his attention to the study and design of computer games and graphics. He has since obtained a phd in computer science, helped out with the award-winning game Osmos, published work at SIGGRAPH, and spoken at various game and graphics conferences.

Casey Reas lives and works in Los Angeles where he is a Professor at the UCLA Department of Design Media Arts. His software, prints, and installations have been featured in numerous solo and group exhibitions at museums and galleries in the United States, Europe, and Asia. With Ben Fry, he co-founded Processing, an open source programming language and environment for visual artists, in 2001.

Tabor Robak is an internet based artist whose work has been seen widely and internationally, recently at the New Museum and MoMA PS1 in New York.  His work looks for meaningful relationships between humans and high technology through expressive use of commercial techniques. He currently lives and works in Brooklyn, New York providing commercial services to global brands.