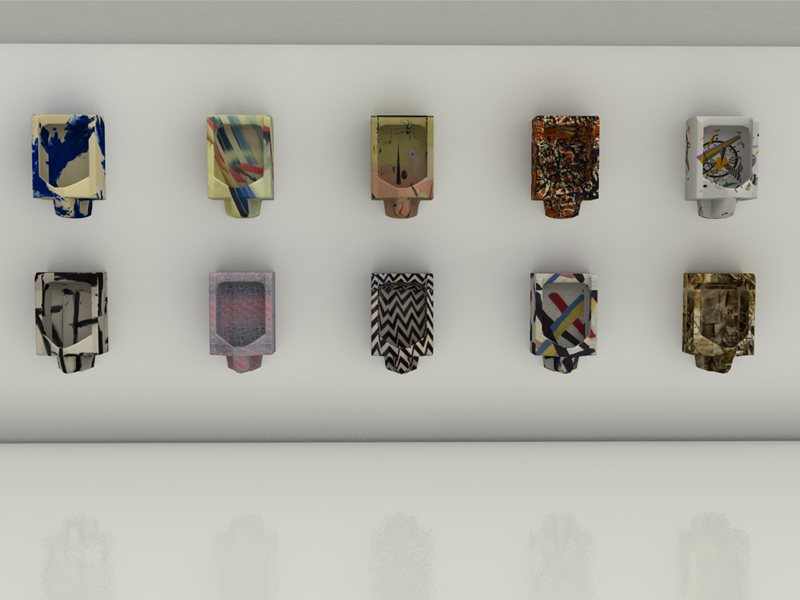 The gallery’s name Barmecidal, "providing only the illusion of abundance; illusory or imaginary and therefore disappointing," is manifest in the articulation of the virtual exhibition space. By mapping the traditional white cube onto a virtual model, Barmecidal Projects explores the modes of exhibition in both real and artificial space. Golby and Ross aspire to:
…bring together artists working in digital and immaterial forms. Digitally created works existing in the space are rendered in high-gloss, hyperrealistic fashion. Having these objects exist in the gallery space further blurs the boundaries between the Real and representation; the works will be so shiny and irresistible by virtue of their digital nature that they will supersede reality. 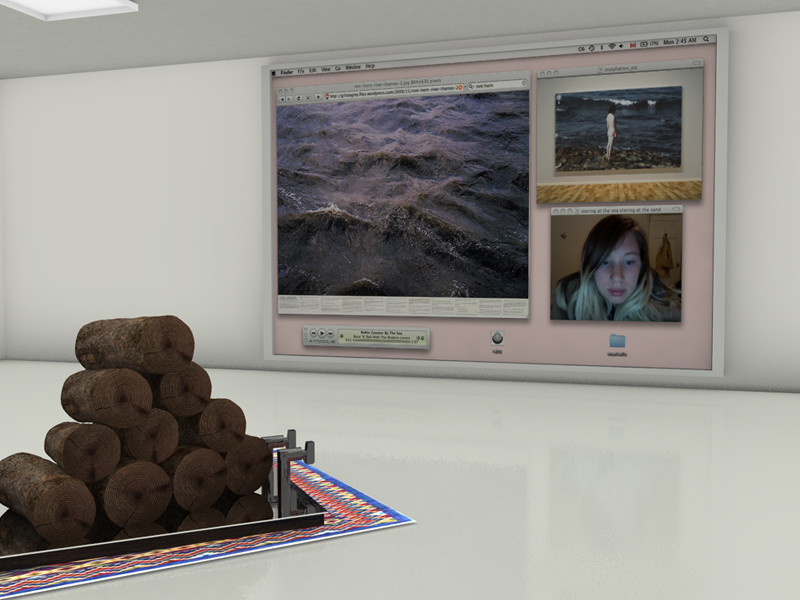 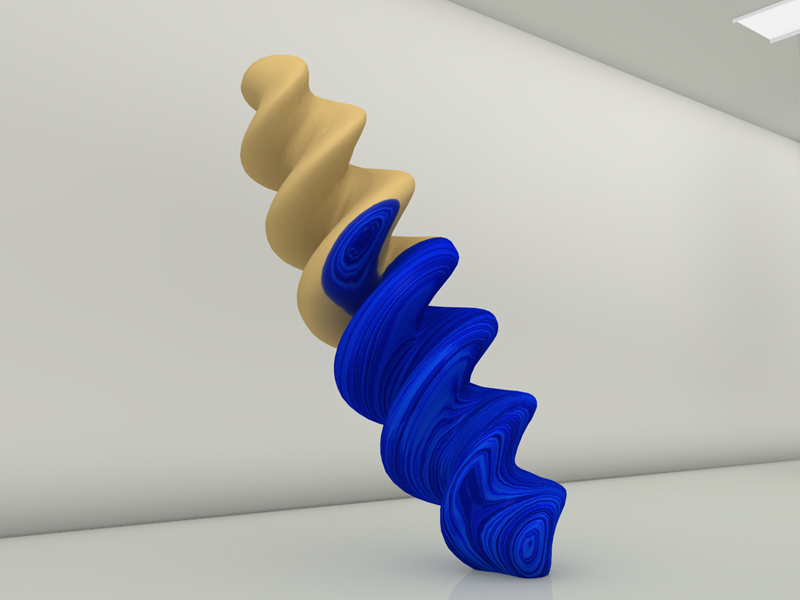 Many of the works in the exhibition engage with the space's uncanny resemblance with the white cube. In Georgia Dickie's Fusilli (Turbo Blue), a giant piece of pasta floats or leans precariously against a virtual wall. Rendered in a bold shocking blue and with inconsistent shadowing, the virtual object exists in the uncomfortable sphere between two and three-dimensional representation. 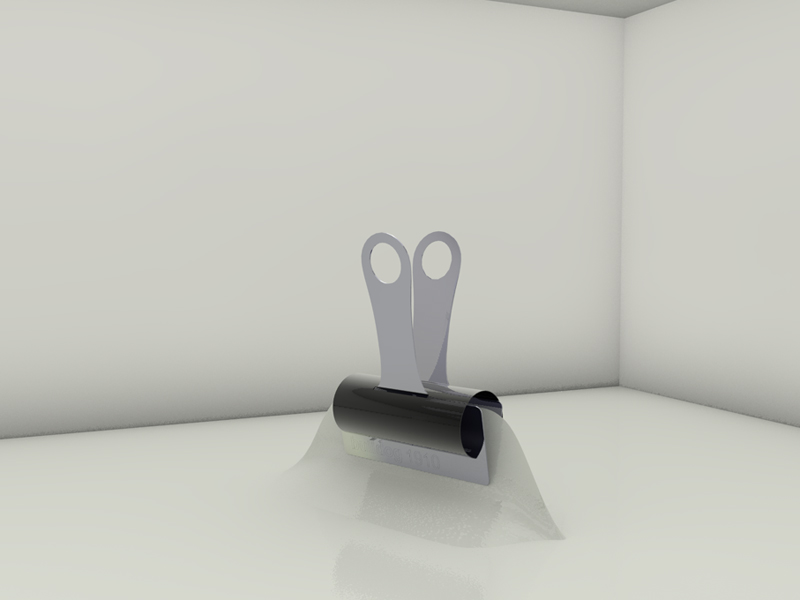 Similarly, Lee Ormerod’s Bulldog Clip #7 reminds us of the inherent malleability of a digital space that is not bound by physics or real world limitations. 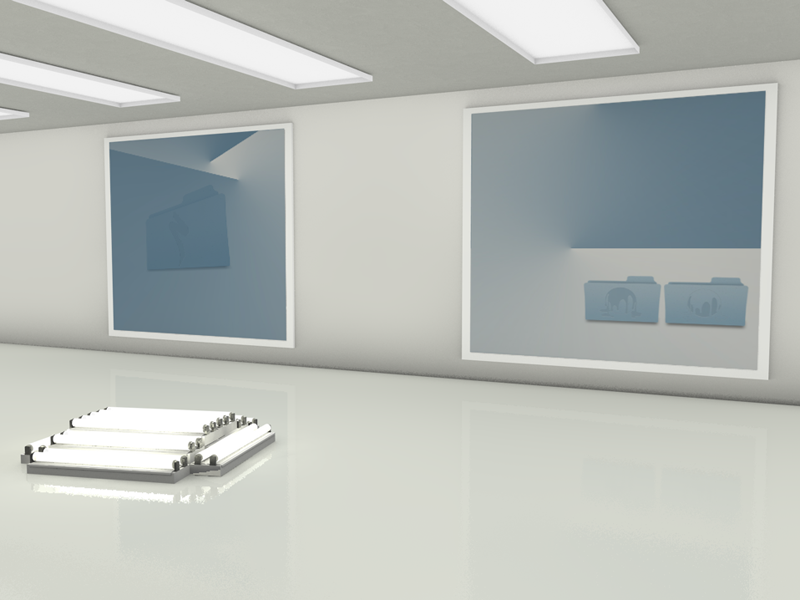 Other works, like Orlando Orellano's Explorer, approach the simulation of the gallery's physicality more literally, reflecting the walls and ceiling in the rendered glass of a framed print. Alex McLeod also reinforces the illusion of physical space in Haunted Memories, where simulated mirrored surfaces meticulously reflect the dimensions of the gallery. 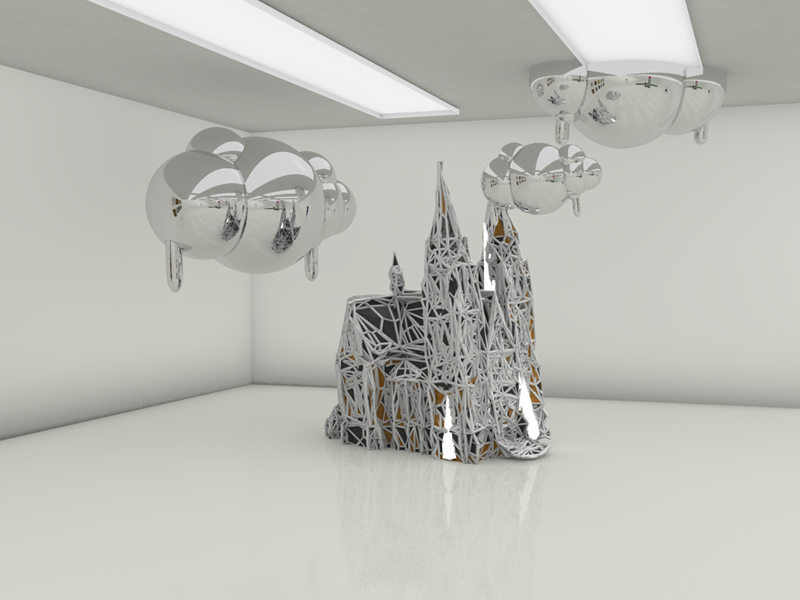 While Barmecidal Projects does not present itself as the solution to online exhibition, it is an interesting contribution to the discussion of digital curation and representation.