Thanks to increased support from our sponsors we are opening up more student/artist/developer Seven on Seven tickets. 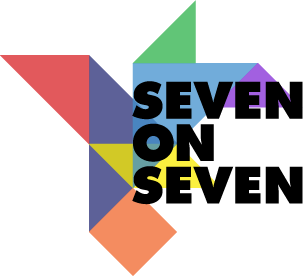 Presented by HTC, the Rhizome Seven on Seven conference pairs seven leading artists with seven game-changing technologists in teams of two, and challenges them to develop something new—be it an application, social media, artwork, product, or whatever they imagine—over the course of a single day.

Technologists participating in this year's conference represent some of the most influential technologists working today; they are: Jeremy Ashkenas, Blaine Cook, Michael Herf, Marissa Mayer, Aaron Swartz, Khoi Vinh and Anthony Volodkin. The artists participating in Seven on Seven are similarly impactful and working in a range of mediums from dance, to film, to installation to web-based projects; they are: Aram Bartholl, Xavier Cha, LaToya Ruby Frazier, Naeem Mohaiemen Jon Rafman, Taryn Simon and Stephanie Syjuco.

Seven on Seven will take place Saturday, April 14th from noon-6pm at the New Museum.

Learn more about the participants on the Seven on Seven website or purchase your tickets now.