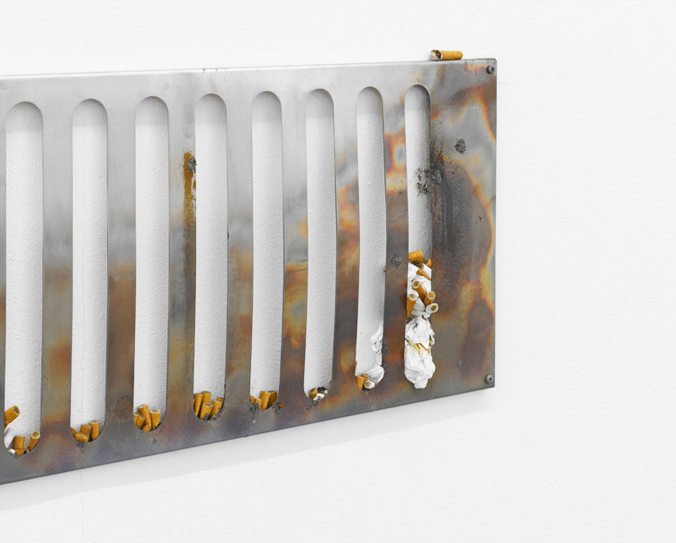 Storytelling is more comfortable in the network than anywhere
it’s had to live since the enlightenment, since we locked up the
wandering bard in the cathedral, the university, and the television studio.

Networks are made of stories. A network is a bunch of people who share
a story about how to interact. Protocols are really just stories.
(And, as often as not, just so stories.) The converse isn’t true, of
course—there’s far more to a story than just a protocol, but it means
that networks intrinsically hold open a space for the story.

The stories that the network tells have a materially different quality,
existing all at once from all the perspectives of the multitude, without
a single privileged view. It’s not that any individual voice is wrong,
it’s just incomplete—the stories networks tell can only be perceived in
full in collective simultaneity, and those collectives have no room for
heroes...

Sociality is the dominant vector within post-internet cultural production. With what is described as “post-internet art”, and especially in post-internet literary trends such as alt-lit, sociality is both the form and function of creative work; relationships, both interhuman and between people and institutions, are the primary medium of artwork formed in consideration of the online. Sometimes it can appear as though IRL shows, where people display visual artefacts, are remnants, poor excuses for social networks to circulate around online, third places. Parties, free schools, TV stations; all these operate as ways to manipulate networks of people into various roles, and it's this relational excess that seems to grip artists. Being able to move people. To be a post-internet artist par excellence is to be an organiser, a brand manager, a social engineer.

Post-internet art scene has proliferated within a network of cultural scenes; technological developments have allowed for a democratisation of culture (of sorts). Rather than geographically fixed scenes, which are limited, there instead becomes a less-defined ecosystem of tendencies and their participants can inhabit multiple subjectivities within different platforms. There’s undoubtedly something exciting and novel about this new landscape, but our concern here lies in the use and misuse of sociality as form. Within the post-internet discourse sociality floats free as a worthy value in itself; an undefined value, whereby all human relations are not only good but an end in themselves. How does this fit within a critical artistic framework, and, more importantly, what are the ethical dimensions of this value? Without an ethic, does sociality have any positive value, or is it an ameliorating stand in for the more problematic task of actual social engagement? When these questions are not openly posited in this context, a heady stench of irony overcomes all attempts at honest discussion. Are post-internet artists engaged in a series of abusive relations with their fans? Is a sociality in post-internet art actually operating as a tool to colonise the internet for shitty old institutions?

l'm not arguing for a move away from sociality as a medium. Far from it; l've long preferred social movements to aesthetic movements. But to actively use sociality as the medium of an artwork by necessity means were operating within the realm of the political. One might step away from openly espousing the political nature of a creative project, but in doing so one steps into dangerous territory; without open discussion of a certain set of ethical principles, co-option becomes almost an inevitability. What happens when a network that is the product of collective intellectual and social labour becomes commodified without the consent of that network? ....