The Week Ahead: The Uncanny Edition 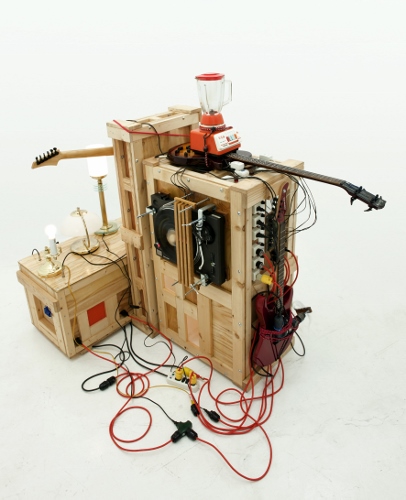 The inToAsia Festival opens this week.

Without further ado, here are more selected events, exhibitions, and deadlines this week, all culled from Rhizome Announce.

The AND 2013 Fair in Liverpool, UK, inspired by the World's Fair of old, calls for submissions from artists, hackers, technologists, and makers all over the world. A £500 bursary will be offered to emerging practitioners to support their participation.

The Hungarian Multicultural Center seeks emerging artists to apply for their 2013 Artist Residencies in Budapest.

Culturia invites aritsts interested in researching the artistic process to apply for a six-week residency in Berlin, beginning in November 2013.

Friday, August 9: opening of Uncanny Visions 4, featuring a range of performance and video works which address the elusive medium of poetry. Performers include such luminaries as Bunny Rogers and Ann Hirsch. Organizers describe it as follows:

Uncanny Visions IV tackles that most persistent and elusive medium “poetry.” Specifically, we will feature a range of performance and video artists who function as self-styled "poets" in the most open mic sense of the word, but not.

Specific, but not. We are intrigued.

Saturday, August 10: EMPAC at RPI seeks applicants for the position of Graphic Designer.

Saturday, August 24: The New Media program in the School of Film & Media Studies at Purchase College seeks candidates for a full-time, Assistant Professor beginning in the fall of 2014.