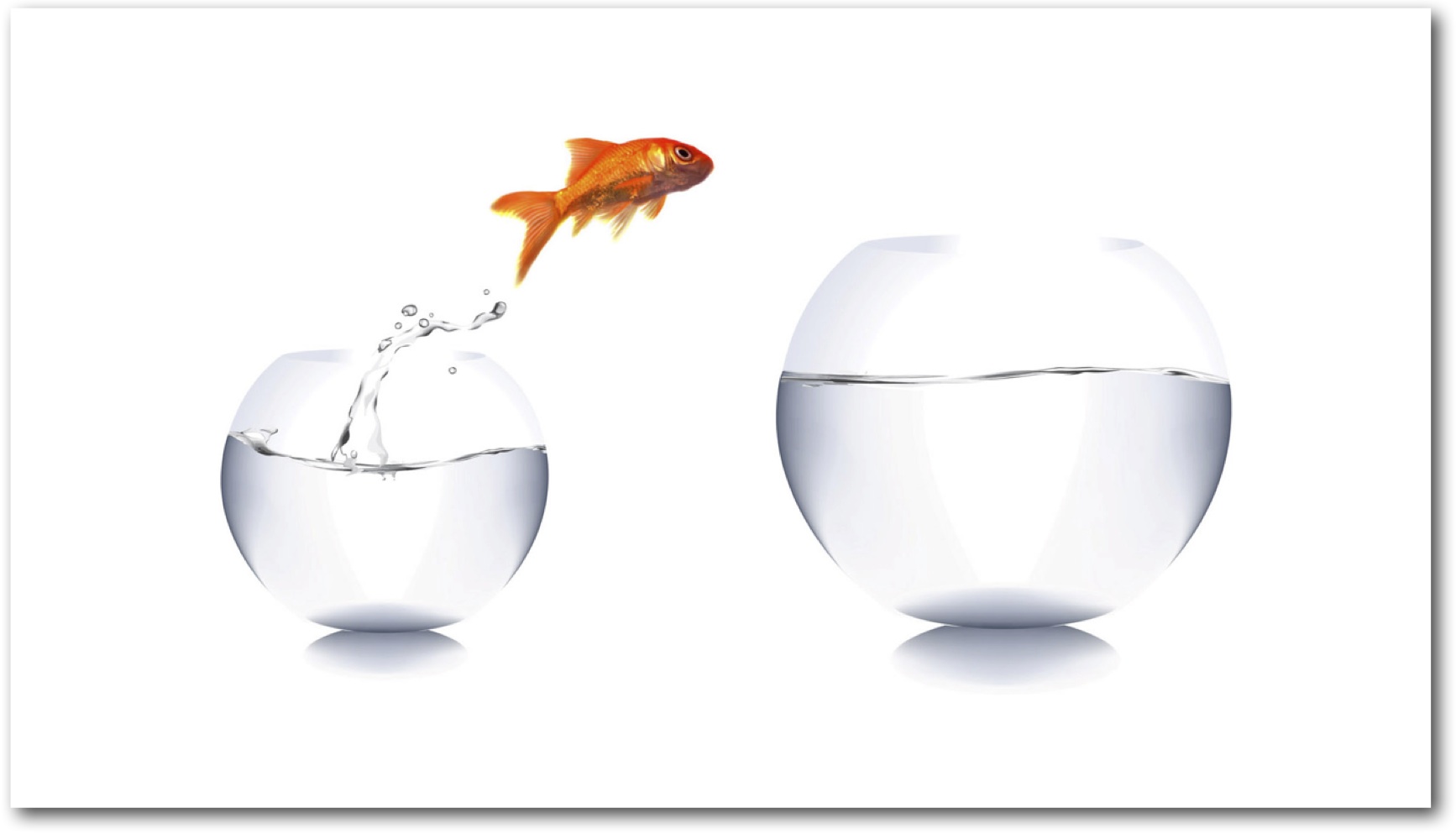 "CREATIVE 2 PROFESSIONAL: 7 Things to Think About" is based on a lecture commissioned by Aily Nash and Andrew Norman Wilson as part of Image Employment at New York's MoMA PS1. Read the curators' afterword here. 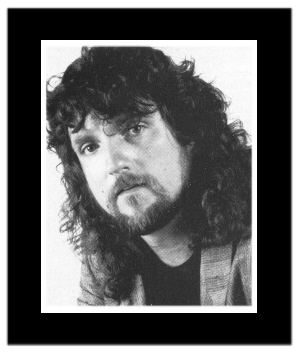 After some egging on from a friend, Scot Halpin, 19 at the time and standing in the front row, volunteered. He filled in for four songs before the show ended. In this moment, Scot crossed the threshold from audience to rock star. He became a bit of hero among rock fans, even earning a special award from Rolling Stone magazine in 1973 for "Pick-up Player of the Year."

In a 1996 interview with the San Francisco Examiner, Scot said of the experience that it was "one of the few times you could play royalty." 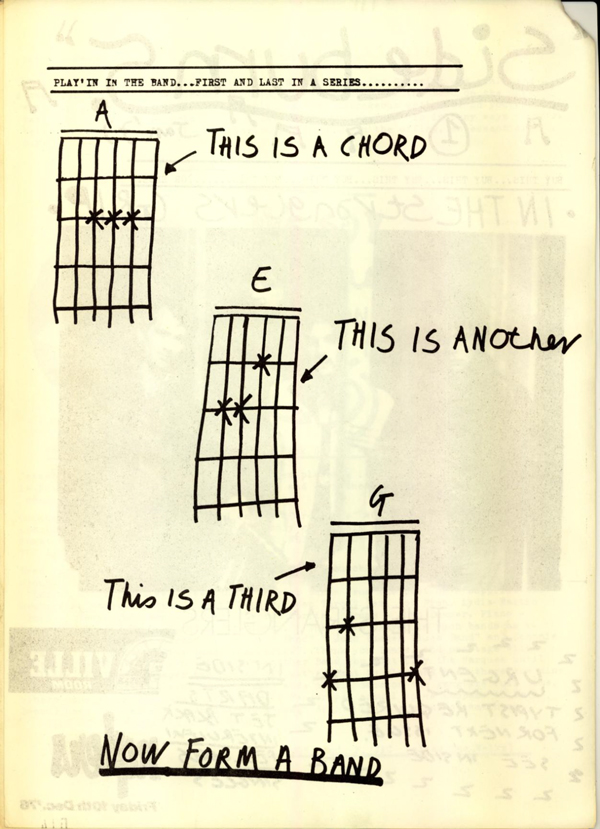 This page from a 1977 issue of London-based punk zine Sideburns has become somewhat iconic as a distillation of punk's early ethos. The idea was one of de-professionalization: not only that you, the fan, could become a performer, with no divide between you and the musician on stage, but also that you should do so, that your voice was worthwhile.

This image and idea can be compared and contrasted with Apple's home studio software Garageband, and its marketing campaign. In text on the webpage for GarageBand, Apple states:

With GarageBand, you have all the instruments, bandmates, and talent you need.

You don't need a studio full of big, expensive amps to play like your heroes.

And further down the page, describing the software's "Jam" function: "The roadies have set up. The band is ready to jam on a full-screen stage. Now pick your instrument and step into the spotlight." 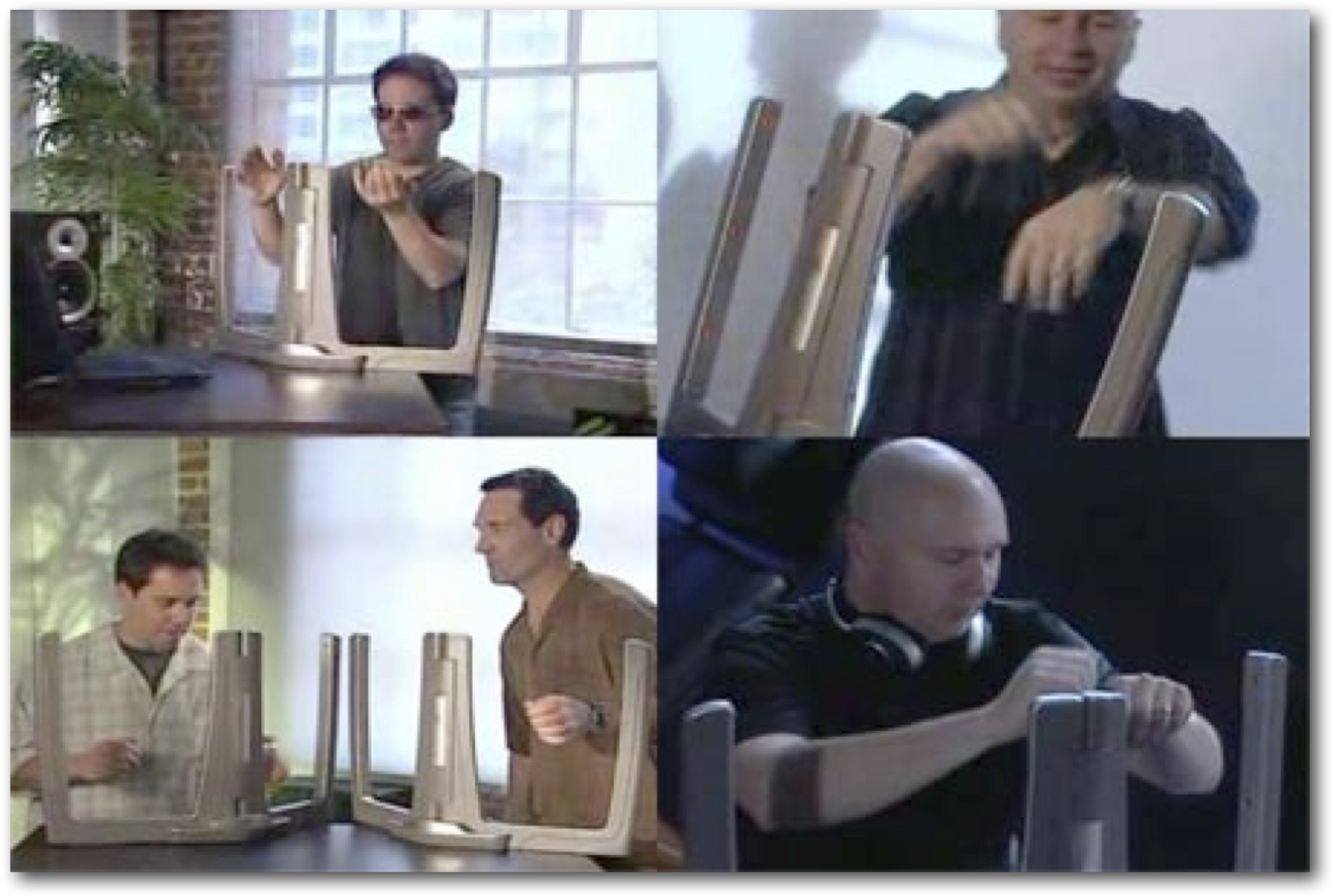 Similar to Apple's promotional language around GarageBand, Beamz was touted as a device that let you "be a one-man rock band" and "be a hero." The device allowed you to alter pre-recorded music by waving your hand across a light beam.

While your movements would do something, you couldn't play a wrong note or off-time rhythm. It was targeted towards people who wanted to feel like they were making music, but lacked the skill. It relied on a specific idea of agency in making music, one that was rooted in mimicking the physical act of playing, much like playing air guitar.

This infomercial and the original Beamz model debuted in 2008 to much internet-based public mockery. Since then, Beamz has shifted their focus and marketing campaign. They have enlisted pop musician Flo Rida as spokesperson for their "Beamz by Flo," a version of the device that allows users to riff on "20 interactive songs inspired by some of the world's greatest artists—Flo Rida, Adele, Taylor Swift, Coldplay, Michael Jackson, Justin Timberlake, Pink, Lady Gaga, Carrie Underwood and many more."

They have traded in their original market of middle-aged males for young teens. In parallel, they have marketed Beamz as an educational device, "An Interactive Music Experience That Enriches Learning and Promotes Healing," targeted towards early-childhood educators, those in the fields of therapy and rehabilitation, and seniors. 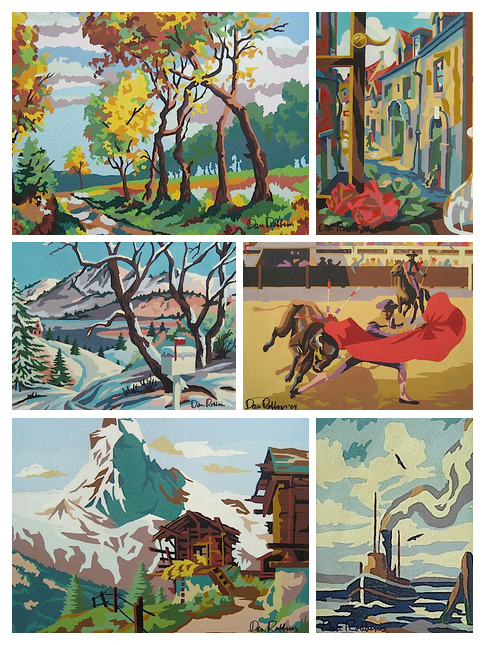 Paint-by-Number kits were invented in 1950 by Max S. Klein, an engineer and owner of the Palmer Paint Company of Detroit, Michigan, and Dan Robbins, a commercial artist.

In 1951, Palmer Paint introduced the Craft Master brand of Paint-by-Number kits to the American public. They allowed the user to paint over a coloring book-style black-and-white illustration using special numbered paints. Each area of color in the illustration contained a number corresponding to a paint color, allowing the user to create a painting as long as they could stay inside of the lines.

The above images are both designed and painted by Dan Robbins, co-creator of Paint-by-Number. 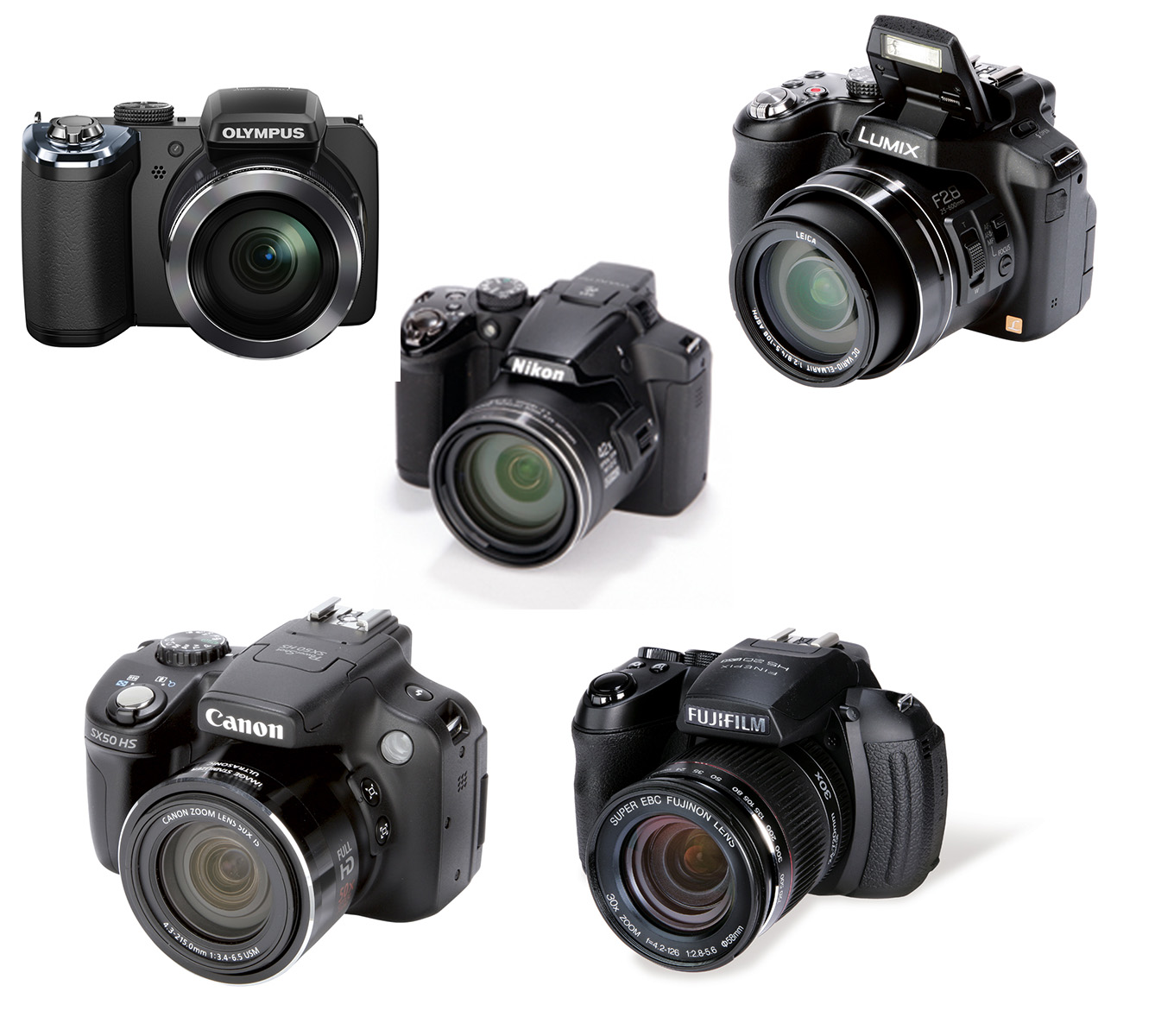 Prosumer is a word with many loose definitions, uses, and meanings.

In 1980, Alvin Toffler coined the term in his book The Third Wave. His definition was based on a portmanteau of producer and consumer, pointing to a new era in which consumers would help design and improve the goods and services of the marketplace. Products would no longer be mass-produced, but instead customized to the individual needs and desires of the consumer.

More recently, the term has been used as a portmanteau of professional and consumer, commonly referring to a certain grade of technical gear—often cameras and A/V equipment—whose intended consumer base blurs the line between professional and amateur: high-end hobbyist, or low-end professional.

A third use of the term stems from Toffler's original producer / consumer portmanteau, but refers instead to the idea of the consumer as cultural producer.

These various definitions seem to exist in the gray area between Sideburns's "here's three chords, start a band" and Apple's "You don't need a studio full of big, expensive amps to play like your heroes."

In 2003, Apple introduced a feature called "The Ken Burns Effect" to their consumer-grade video editing program, iMovie. The feature was named after the documentary filmmaker's ubiquitous use of slow pans and zooms over still photographs. It allowed the user to easily emulate Burns's signature style.

With this feature comes a readymade affect, bringing a particular gravitas to whatever content it is used with. 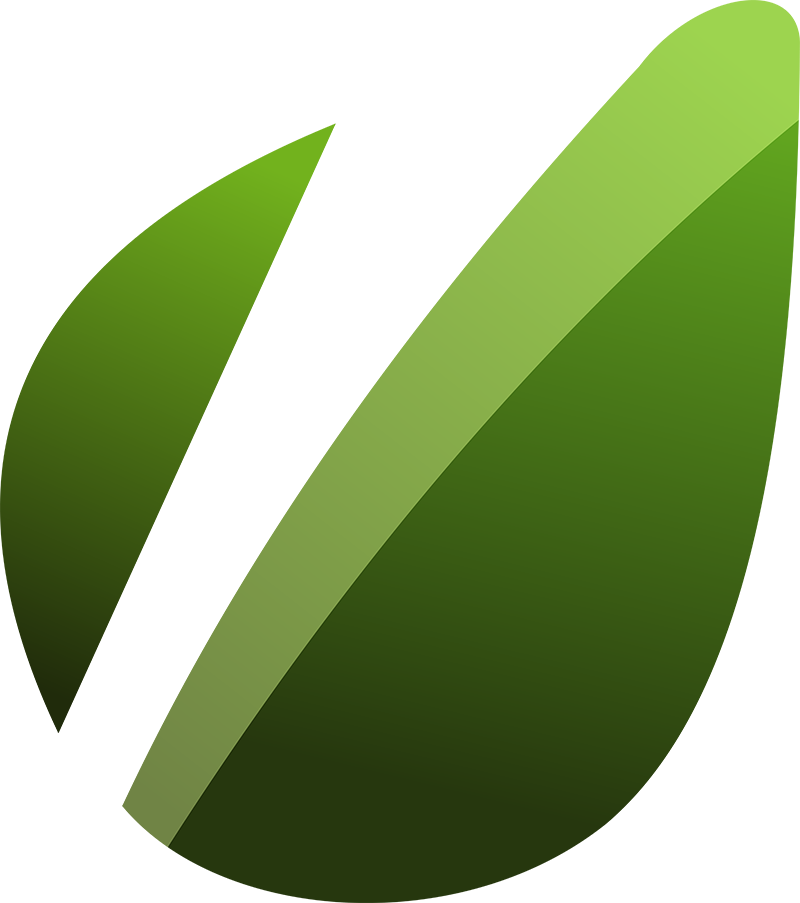 Envato is an internet-based network of sites dealing with creative digital software and their products. They describe it as a "Creative Ecosystem":

Envato's ecosystem of sites includes digital marketplaces, an educational platform, a group of blogs, a design gallery and a freelance network. These services help millions of people around the world get creative, earn an income online, and learn new skills.

The marketplace sites are broken down into specific media and types of digital assets for sale, each with a pseudo-geological or ecological name:

Codecanyon for programming "scripts and snippets";

3DOcean for 3D models and textures;

AudioJungle for sound effects; and

While Envato describes the marketplace as a platform for creative individuals to sell their wares, thus making an income off of their passion—à la, say, Etsy—the aesthetics and form of the material for sale are clearly aimed at commercial clients.

These products of creativity, then, are ultimately destined to be employed in the service of selling yet another product, a link in a complex chain of exchange, labor, and desire.

Image Employment is a research project investigating various modes of contemporary production that took the form of a moving image exhibition comprising four screening programs at New York's MoMA PS1 in September and October, 2013. The selected videos in the Dream Factory program examine new forms of labor, consumption-as-production, and the aesthetics and visual language of globalized "lifestyles." Michael Bell-Smith's video De-employed addresses this relationship between consuming and producing through the use of "prosumer" tools to perform a corporate commercial aesthetic. With his structuralist approach, Bell-Smith pushes the boundaries of these templates, interchanging sensationalistic content in the service of readymade affect, paralleling the way in which media today—music, movies, tv shows, news—are endless variations on structural templates.

For our Image Employment: Overtime Sunday Session at MoMA PS1, we invited Michael to present a new lecture, "Creative 2 Professional." It has been reworked for publication, above.