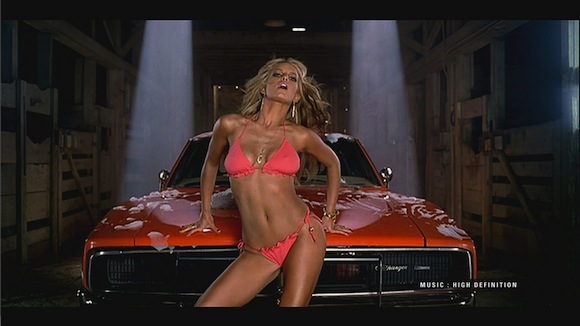 Brett Ratner, director. These Boots Are Made for Walking (2005). Still from music video for song performed by Jessica Simpson.

I was going through ideas for this piece with a friend and I mentioned this video by Jessica Simpson where she was washing a car (These Boots Were Made for Walking). I decided to go outside to where the workers were building and stage something that would be close to that—and to other videos that incorporate the same idea of the idealized half-naked woman, washing a car that could be hers or not, under a voyeuristic gaze.

We still live in a time in which everyone wants to compartmentalize everything – especially sexuality and gender. Through my drag persona, I try to take both sides of myself (feminine and masculine) and wear them both as badges, through my actions and dress.