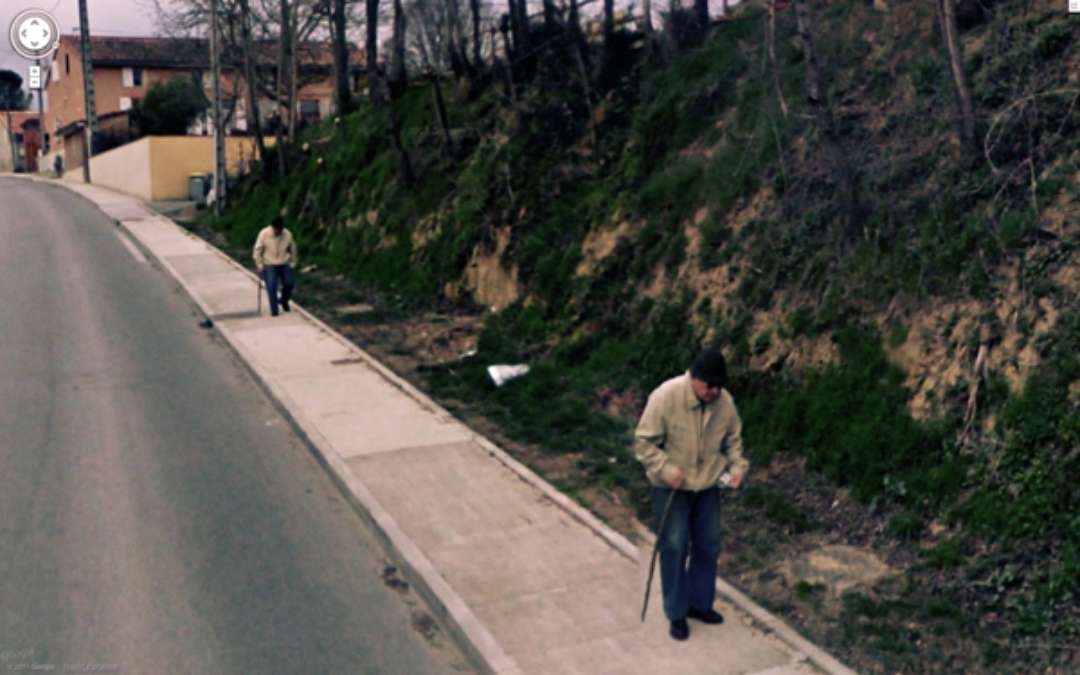 The narrator of "Satellite Images," physically disabled and seemingly agoraphobic, can only "feel free" while street-viewing random cities on Google Maps; s/he finds herself stalked by a blur-faced woman with red shoes from city to city. The woman's introduction is flubbed; sentences have seemingly been lost somewhere along the story's copy-and-paste life-cycle, so much so that the reader must go back and fill in pertinent details. "Satellite Images" goes on to underline its insinuations, cut off mid-sentence as if the narrator were actually speaking, and end with a gesture towards the hoary IT'S COMING FROM INSIDE THE HOUSE.

"Satellite Images" doesn't interrogate or challenge horror's main chords, nor does it emulate vernacular forms of internet writing in an interesting way. There exist far more polished examples of the form, such as "Candle Cove," which is carefully composed enough for its originator to keep his name on it. Yet "Satellite Images" does evoke a certain disquiet, thanks largely to the fact that it takes on faith that Street View and its smear-masked denizens are deeply and inherently creepy. As Joanne McNeil writes of that constantly mid-day land, "It never rains in the world of Google Street View but few people live there... They are photographed at an unknown moment in time, neither now nor obviously in the past," as anonymous as the author(s) of any particular creepypasta, and as difficult to situate, beyond mere geography. The overlit, underpopulated world that McNeil finds unsettling is deeply comforting to the narrator, partially because it is free enough of actual humans to allow her to project herself into it.

Author Thomas Ligotti identifies the elements of supernatural horror as divulging "the "dark knowledge" that human beings are also things made....and may be remade because they are only clockwork processes, mechanisms, rather than immutable beings unchanging at their heart." The woman with the red sneakers, who moves through Google Maps and real space simultaneously (and thus atemporally), is a new example of such an uncanny-figure. Whether she is a ghost, a glitch, or a deliberate creation is never explained, but she is revealed as more real than the narrator, who only moves through Google Maps. Unconcerned with its own reputation, only its effect, "Satellite Images" seizes a previously unexplored instantiation of the uncanny and exploits it before the rest of the literature world catches up.