The Scanlan controversy and the scale of this particular thread make it notable, but as Rhizome's Community Manager, I witness important conversations on Facebook every day. And they're all totally precarious. What we could identify as a significant body of critical writing is reliant on a monolith, one with a billion users, one that seems vast and infallible—as vast and infallible as, say, MySpace or Geocities once felt. One day Facebook will either cease to exist or have evolved to a point where its "legacy" content can no longer be maintained.

So if we can't rely on Facebook to do the job, how will this valuable material be preserved? This is something we've discussed at some length at Rhizome, where digital legacy is a frequent topic of conversation. According to our digital conservator Dragan Espenschied, this is a particularly complex problem because Facebook conversations aren't objects, which can be easily captured and stored, but practices performed by human users and software.

"All of the detail of this conversation is in who liked whom and who is friends with whom," Dragan notes. Every thread can be liked, as can individual comments. In the case of the Scanlan/Woolford, thread likes can indicate basic endorsement of the conversation, whereas comment likes can delineate affiliation around a given position.

But archiving likes is very difficult. A full list of likes can only be accessed via the Facebook software by clicking through to a pop-up. So screen grabbing—a fairly intuitive way to document the web—proves wholly inadequate for Facebook conversations. One would need to go through and screen grab every minute interaction. And in end, what one is left with is passive documentation, nothing remotely akin to the experience of the website.

Nor, like many webpages, can a Facebook page be downloaded. Facebook doesn't present a simple HTML page to be saved; it presents software that is executed on the user's computer, that through constant interaction with their servers, constructs something that can be rendered in a browser and looks like a page. Facebook exists primarily through their users' interactions with it, calling up new material, of which there is much to be called. 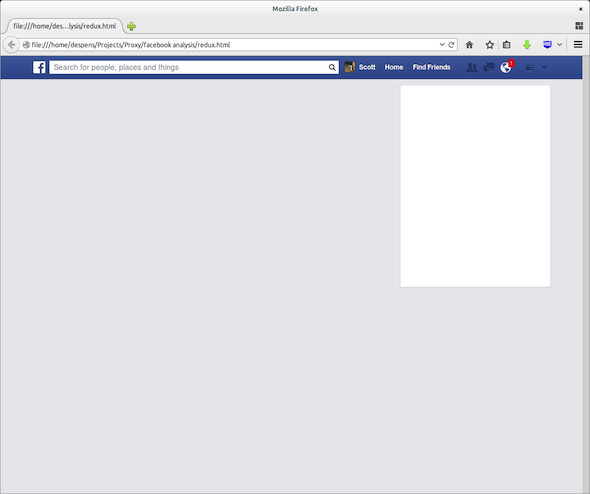 To this complexity, there is no straightforward solution. But Dragan has devised a work-around that involves individuals accessing Facebook through a proxy server which records data from their interactions. When you access the web through this intermediary, it would record all of your actions and all of the actions of your browser—bringing up each name when you click on a given comment's likes, when you unfurl the thread revealing older content, when you move through to a pop-up photo, etc. By capturing user and software actions, the proxy server would treat Facebook conversations as practices, not objects.

Nonetheless, even this more comprehensive strategy has its drawbacks. For one, it relies on the erratic factor known as participation; someone will have to take the time to record relevant conversations. Additionally, one is more or less left spending time screen grabbing by a different name—to record an entire thread, one would need to call up every element of that thread (a lot of clicking at 675+ comments), and to revisit the thread whenever new comments are added. Not least, Facebook's privacy controls complicate our understanding of a "complete" record—users may not see comments that are hidden from them, which could omit crucial points, and, by the same token, users might capture and share comments which were only intended to be viewed by a small circle of friends. 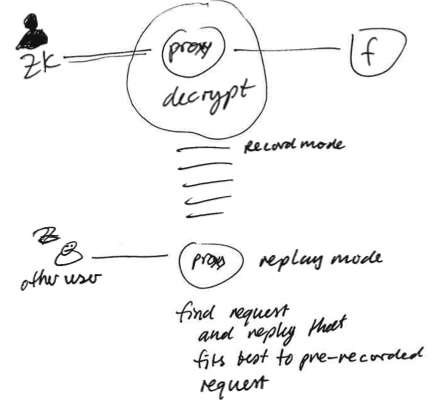 To quote Dragan, "The worst cases require the worst tools...this just shows what a terrible system Facebook is to do anything." But for now, this is the proposal we have, and though it has drawbacks, it would be a major step forward. (In fact, Dragan is working to realize this add-on as I write.) Moreover, this situation is a reminder that archive-worthy material all the time occurs in, shall we say, archival environments that are not exactly optimal. Figuring out how to save what's important, preserving access and authenticity, especially as more and more conversation migrates to closed forums with dynamic interactivity like Facebook, will continue to challenge the efforts of all with a vested interest in contemporary criticism.

Mark Zuckerberg status update screenshots were created for satirical purposes and do not represent his actual opinions.

See also: To Bind and to Liberate: Printing out the internet by Orit Gat and I (No Longer) Have a Web Site: Access, Authenticity, and the Restoration of GeoCities by Michael Connor.