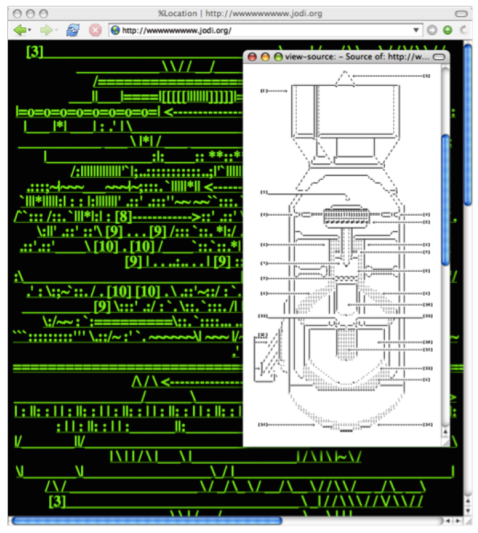 Lately, I've been feeling a sense of inhibition relating to Josephine Bosma's book Nettitudes, which I've had checked out from the library for the past six months. I started getting emails a few weeks ago that the book had to be returned, each one charting a steadily increasing overdue fine. (Update: the book is now being billed as lost.) The idea of returning the book became a source of anxiety, because even though I could make a copy or buy another one, I've become attached to it. Also, I don't quite remember where I put it.

This is relevant to my job because the Prix Net Art announcement, which went up earlier this week, had to of course include a definition of net art. And as with last year, this definition was something Chronus and TASML curator and Prix instigator and co-organizer Zhang Ga and I discussed intently. As Zhang has argued from the beginning, one signficant motivation for this prize was to publicly discuss and debate the definition of net art.

So we looked back at how we defined the term last year. That announcement put forth a fairly formal definition of the term: art that is primarily experienced via browsers and computer networks. Curator and critic Gene McHugh offers a similar, but more elegant, definition in his Net Art Hell podcast: "art that's primarily intended to be viewed on the internet."

These definitions don't quite convey the expansive understanding of the term that Zhang was hoping for, and they don't capture some of the useful edge cases that Bosma mentions in Nettitudes. Net art, she argues, was never only about what was seen "on the internet." From the beginning, it included Alexei Shulgin printing up newspapers and sitting in a city square, or Heath Bunting writing URLs in chalk on the sidewalk at a time when few people knew what a URL was. Arguably, these projects would be left out of net art according to McHugh's definition, or the Prix's previous one.

Last year, Brian Droitcour quoted Bosma's definition in Art in America: art "that is created from an awareness of, or deep involvement in, a world transformed and affected by elaborate technical ensembles." This is very useful, although I have some questions about this part: "a world transformed and affected by." It seems applicable to almost anything these days. I also don't like that it's in the past tense, as if this transformation happened and is now over. But it does helpfully point us in the direction of thinking about what the internet affects—both the artwork and the field in which it circulates.

As my colleague Dragan Espenschied argues, digital culture is made up of practices, not objects. Similarly, the internet is not just a technical infrastructure, it is also a social, economic, and cultural practice. (This is why, at Rhizome, we eschew the capitalization of "internet.") So thinking about "effects" is useful: net art is not defined so much by what it is (what it's made of, what it looks like) as what it does.

In his 1998 book Art and Agency, which I have also misplaced, Alfred Gell proposed that an artwork should be analyzed not in terms of meaning, but in terms of its effects on others, particularly on audiences who encounter it. These effects, he argues, are generally understood to reflect the intentions of an artist.

When we encounter a work of art, we understand it to be the result of certain intentions or actions on the part of an artist. As viewers, we make inferences and assumptions about that artist's impact on the work. We also understand an artwork to be the result of other actors too, not just the artist. An impressive carved figure, for example, might result from very impressive craftsmanship, and from a very impressive tree.

When one labels an artwork "net art," perhaps one is making inferences, or what Gell described as "abductions," about an artist's intent. For example, one might conclude that the artist intended for the work to be partly authored by the internet, as with Kari Altmann's participation in Tumblr networks as a way of reshaping memetic imagery. Or one might think that the artist intended the work to act on the internet, as when Ubermorgen.com, Alessandro Ludovico, and Paolo Cirio created a system for buying Google shares with revenue earned from Google ads, with the Quixotic mission of one day owning Google—or in more concrete terms, the execution of a script on a website by Jodi.org.

This is the thinking led Zhang and myself to the net art definition for this year's Prix Net Art call: net art acts on computer networks, and is acted on by them.

(And let's hope that Bosma, who is a Prix jury member this year alongside Chrissie Iles and Domenico Quaranta, forgives me for stealing her book from the library.)