By highlighting the incongruity between clean digital branding strategies and depictions of the manufacturing labor that enables them, the DullTech Kickstarter video baits this response. Produced for under $200 through the website Fiver, the video abruptly contrasts sharpie-drawn cartoons of white people assembling puzzle pieces (depicting the product's concepts) with photographs of the O.E.M.'s workers and engineers as well as e-waste and the smog-filled landscape of Shenzhen; the perky, jargon-filled narration and a ukulele and glockenspiel soundtrack only heighten one's feeling of disquiet. 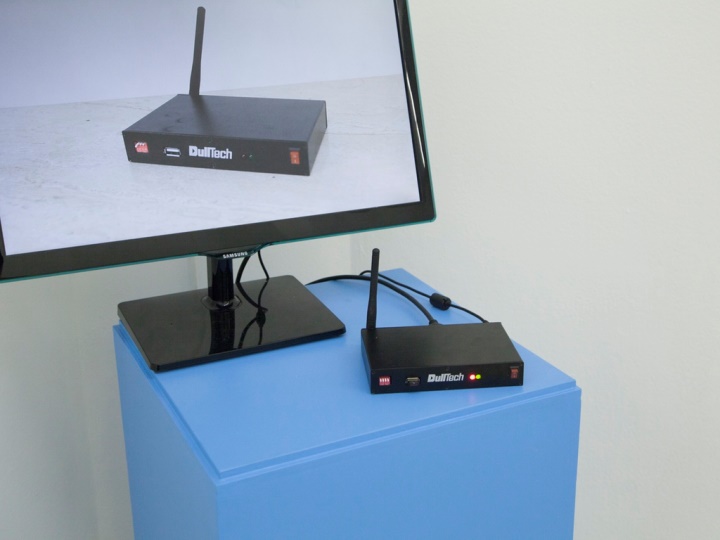 On account of this response, one is left to consider the relationship between digital artists and the conditions of global labor. In McKenzie Wark's 2014 essay "Designs for a New World," the author stresses that artists, as hackers, are able to desegregate the division between their practices and other forms of labor, citing the protests of Google buses and Andrew Norman Wilson's video essay "Workers Leaving the Googleplex." For Dullaart, however, gaining access even to view the conditions of labor means operating within its stratification as a business. Similar to other migrant laborers in the region, those who Dullaart and his colleagues interviewed prior to contracting the O.E.M. came from rural areas in China to Shenzhen because of their desire to be middle class, the higher wages available compared with local agricultural labor in their hometowns and the factory's provision of room and board as well as some benefits. Despite the unsettling reaction to Chinese factories, when one criticizes the product for using the labor in Shenzhen, one also criticizes the products that form the infrastructure of the web. 90% of the world's electronics are produced in the region, and, as the Guardian put it, "the phones that fuelled the Arab spring were soldered in the back streets of Shenzhen." 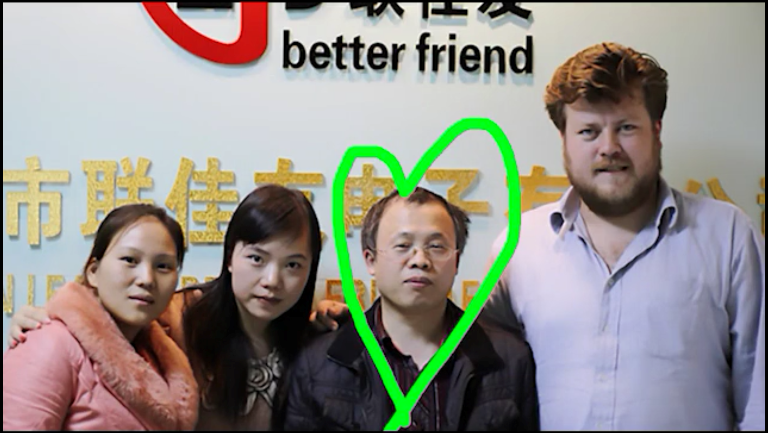 Dullaart with enginer "Eagle" who developed the DullTech media player

In addition to being a convenient product that "just works," because of Dullaart's documentation of the manufacturing process in his sales pitch, the DullTech video and product bring the conditions of the modern factory into the economies of creative digital production, highlighting the dependence on this type of labor shared by artists, the white cube, and Kickstarter itself. In so doing, it points out a disconcerting double bind: the ability to observe and critique this process seems to belong solely to those who enable it.