Interact With Intrigue, at NYU

Twice a year, a giant loft in New York's Greenwich Village becomes a playground for those interested in interactive installations, physical computing, design, and other rendezvous between art and technology. In fact, on most days, the level of play is still quite high, here in NYU's Interactive Telecommunications (ITP) Program. The department was 'founded in 1979 as the first graduate education program in alternative media,' and continues to be a haven for artists, technologists, and the theorists who love them. At the end of each semester, a show of student work is mounted, and the projects never cease to push boundaries, engage, and amuse. The 2006 Winter show, happening this Sunday & Monday, promises to continue this tradition. The list of project titles promises Hypothetical Drawings About the End of the World, An Alien Rube Goldberg Device in 3D, a Gossip Box, Pop-Up Interactive Clothes, and Luscious Electric Delight, plus dozens more projects. So bring your appetite for treats analog and digital, or surf the project pages from afar. - Marisa Olson

$250 to the Rhizome benefit gets you a MTAA print of iPhil
Yup. That’s right. For supporting a new media not for profit, you can own an MTAA work that does not need to be plugged in. Wild.

------
Yes! We've got lots of great artists' work available, so check out our support page! We're trying to meet our campaign goal by December 31st, which is coming up soon. Meanwhile, thanks to Brody Condon, Lovid, Kristin Lucas, MTAA, RSG, Rick Silva, and Lee Walton for donating their work! ~mo

Remember, Giving is a Performance Art

Hot on the heels of Regine at We Make Money Not Art, AFC throws a little support to our good friends at Rhizome. The online new media organization is currently raising funds for their end of the year community campaign. Your donations means greater support for new media artists, and more art for us to discuss here. [....]

A decade of Surveillance camera playing

We all wish their work was obsolete... The Surveillance Camera Players (famous for manifesting their opposition to the culture of surveillance by performing silent, specially adapted plays directly in front of surveillance cameras) have just published a book that documents their performances and comments on the right to privacy, the militarization of the police, the ideology of transparency, the mass psychology of fascism, the society of the spectacle, the PATRIOT Act, Rudy Giuliani, September 11th, face recognition software, reality TV, webcams and wireless systems, among other topics. Images above from their 10th anniversary performance 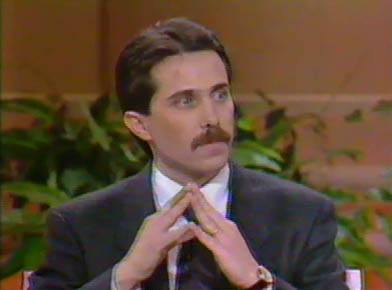 "the church of the future" and 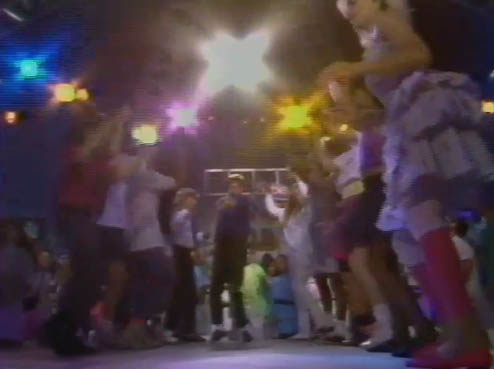 Zach Lieberman will be presenting (talking and performing) his work tomorrow at the University Pompeu Fabra. He will be talking, among other things, about openframeworks, his “open-source library to help other artists produce works through coding.” in c++, which I’m totally in love with.

Art in the Instant City

ZeroOne San Jose: A Global Festival of Art on the Edge & the 13th International Symposium of Electronic Art (ISEA2006) August 7-13,

Flexicon is an experiment in algorithmic language. It is a word generator which creates words by randomly picking real words from the system dictionary, slicing them into parts and then re-combining the parts into a new word (you can see the original words by checking the Show Process option). You can also add any of the generated words to a pubic database, complete with a definition, it's part of speech, and a sample sentence, to help create an on-line dictionary of new words.

WELCOME TO THE PROMISED LAND

Entropy8Zuper! launch the final chapter of The Godlove Museum and release a complete remake of their Magnum Opus as a software download.

Created by Auriea Harvey (entropy8.com) en Michaël Samyn (zuper.com), The Godlove Museum has been a continuous artistic project from 1999 until now. It consists of five web-based artworks combining the stories from the first books of the Bible with personal romantic fantasies and social commentary.
http://Entropy8Zuper.org/godlove

The series started with Genesis in 1999, one of the first pieces created by the authors together and the start of a long an fruitful carreer that continues to this very day. Later that same year, when Auriea left her home to come and live with Michaël, it seemed only appropriate to make Exodus. In Leviticus (2000) it became clear that Auriea and Michaël's idyllic affair did not come without a price to pay. And in Numbers (2002) it was war. A personal struggle to deal with their cultural roots, against the backdrop of the Global War on Terror. Now, with Deuteronomy (2006), some kind of peace has been achieved. They can sanely look at their lives and realize that the Promised Land didn't turn out to be what they thought it would. Time to move on.
http://Entropy8Zuper.org/godlove/freeasinbeer

After the Browser Wars and especially with the Second Coming of the Web ("web 2.0"), the early pieces of The Godlove Museum started to deteriorate. They made sophisticated use of techniques that were high tech at the time but abandoned by the Engineers Who Rule The World later. As a result, Genesis and Exodus, and to ...