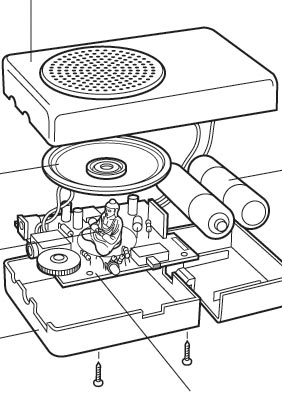 "An extraordinary piece of sound art" (The Wire)

"Reminds us how to listen" (Igloo)

"I can't stop playing with it" (Pitchfork)

"And it kinda sounds like shit. But a good shit!" (Tiny Mix Tapes)

[Direct from the site:

Originally posted on blog.bsing.net by Rhizome The Art Happens Here is a contemporary art exhibition and presentation at the iCommons Summit 2007, resulting from an ongoing artist in residence program. Six international artists and a critic were invited to produce physical and virtual work that engages with fair use, copyright, re-mixing, piracy and/or collaboration on some level - whether directly or indirectly.

Works on show will include, but not be limited to, art books, murals, net.art, sculpture, public performance, video and installation -- all conceptually linked by their engagement with the Commons, by the artists' time spent in Dubrovnik.

Digital Art Curation and Practice: Aesthetics, Participation, Diversity is a new resource available free online from AHDS Performing Arts. The 2 year Digital Art Curation & Practice project set out to examine, through case studies, 'transitional' activities where galleries are expanding their events to include digital media. The project questioned existing definitions surrounding exhibit, event and performance in order to understand the potential for the future development of digital arts exhibition spaces. The resource includes articles in pdf format and images of digital performance.

But Is It Sports?

The Irational.org collective has never shied away from employing a wide array of strategies, technologies, and contexts to question social and political norms. This weekend in Glasgow the six members of the collective offer a particularly eclectic menu, inviting participants to 'liberate the horizontal,' create their own cola products, comment on the Irational wiki, climb trees, and much more. This whirlwind of activity marks the opening of the exhibition IRATIONAL.ORG: Tools, Techniques, and Events (1996-2006), curated by Inke Arns and Jacob Lillemose, at Glasgow's Centre for Contemporary Art. The exhibition showcases a comprehensive range of work by the group that will give potential tree climbers an inkling of what they are in for, and a sense of the impacts that Irational.org have made in virtual space, particularly at the height of dot-com hysteria. In more recent terms, some of the top headlines in the UK, at the moment, are about the upcoming 2012 Olympics in London, which will compel politicians to route enormous sums of money to the Games and away from the arts. True to Irational's style of reacting with humor and insight to the pressing political questions of the moment, Saturday's exhibition panel on Sports, Art, and the Praxis of the Proletariat will explore the group's recent interest in sports, its relationship to this impending regeneration, and its historical context--truly a workout for both body and mind. - Michelle Kasprzak

"All perceiving is also thinking, all reasoning is also intuition, all observation is also invention."
-Rudolf Arnheim, Art and Visual Perception: The New Version, p.5.

Rudolf Arnheim, a pathbreaking psychologist of visual experience in the arts, died at the age of 102 in Ann Arbor, Michigan on June 9

You'll watch live the birth of a new television!

TV Lata is an experience on education, creation and communication with young people of the community of Alagados in Salvador de Bahia, Brazil. The contents published in this experimental television: texts, images, musics and films, have been produced by the adolescents and the collaborators of the project. The use of these materials is restricted exclusively to educative aims. This is a project developed by Neokinok.tv in collaboration with the cultural center Bagunçaço. 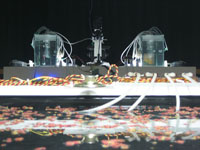 BIORAMA is a one-day event serving to contextualise, examine and expand upon the work and theory produced while Andy Gracie is Artist in Residence at the DRU. The research undertaken during the residency weaves together the microbiology of the Pennines around Marsden Moor, traditional and digital networking systems, perceptions of landscape and the history and possible future of interstellar communication.

Biorama Hike: _starting at 10 a.m. @ Marsden. A 5 mile guided walking lecture and environmental study with Andy Gracie and Brandon Ballangee on Marsden Moor lasting around 3 hours. The walk will cover some of the physical territory featured in Andy's research, the talk will cover the parallel conceptual territories and simple scientific experiments will be carried out at various points on the way. Each participant will receive the Biorama Hiking kit with which to enhance their experience of the event. Particpants should book in advance as places are limited and should bring sturdy walking footwear and sun block.

Biorama Sessions: _starting at 3 p.m. @ Media Centre of Huddersfield. The Biorama Sessions will introduce a number of artists whose work explores the natural environment, artificial landscapes and interactions with real or imagined lifeforms.

Art Basel, The Performance That Did Not Happen

EarthMan, a tactical performance by Dion Laurent at Art Basel.

The speech was billed beforehand by the GO-EXPO organizers as the major highlight of this year's conference, which had 20,000 attendees. In it, the "NPC rep" was expected to deliver the long-awaited conclusions of a study commissioned by US Energy Secretary Samuel Bodman. The NPC is headed by former ExxonMobil CEO Lee Raymond, who is also the chair of the study. (See link at end.)

In the actual speech, the "NPC rep" announced that current U.S. and Canadian energy policies (notably the massive, carbon-intensive exploitation of Alberta's oil sands, and the development of liquid coal) are increasing the chances of huge global calamities. But he reassured the audience that in the worst case scenario, the oil industry could "keep fuel flowing" by transforming the billions of people who die into oil.

"We need something like whales, but infinitely more abundant," said "NPC rep" "Shepard Wolff" (actually Andy Bichlbaum of the Yes Men), before describing the technology used to render human flesh into a new Exxon oil product called Vivoleum. 3-D animations of the process brought it to life.