An exciting start to the summer for LEMUR...Robosonic Eclectic will be a not-to-be-missed event, with live performances by a spectrum of amazing composers and performers. The sessions will be a night of human-meets-machine performances.

The Faculdade de Motricidade Humana, TU Lisbon, is pleased to announce the Conference Technologically Expanded Dance which will be held at CULTURGEST from November 22 - 24, 2007

CULTURGEST has a small auditorium, 4 rooms and 1 foyer that could host pannels on the above themes, media art installations, and pocket performances. Proposals should be submitted online by 29 June 2007. Following an evaluation by the reviewers, authors will be notified by the end of July 2007.


Josée Bienvenu gallery is pleased to present Julianne Swartz's second solo exhibition in New York. Swartz's new work body of work uses sound and movement to articulate an architecture of frailty. The sculptures embody metaphors for tender communication, the fragility of the body, and the vulnerability and potency of the human heart.

Stories must not be confused with just plain facts. Rather, facts draw whatever power they have from the stories they tell and their manner of telling. There is always something added to facts to make stories. One way to think about this something added is as ornament: a poetic metaphor, a musical riff, or a visual flourish can all serve to deepen and broaden the stories that support them.

Alex Zivanovic will talk about the work of the late Edward Ihnatowicz, a pioneer of interactive kinetic art. In particular, he will concentrate on SAM, a sculpture exhibited at the Cybernetic Serendipity exhibition in 1968, and the Senster, exhibited in the Evoluon in Eindhoven from 1970 to 1974. Both sculptures moved recogniseably in response to the sound and motion of the people around them, giving the impression of being alive. The talk will explain how this was achieved and what we can learn from these ground-breaking works. In particular, Alex will talk about how natural, elegant motion can be achieved.

Spring Forward, Give Back

It's Springtime and time to 'spring' for your favorite new media art resource, Rhizome. For a mere $25 a year, our members enjoy complete access to the site and entrance to extra features, including: the member directory, member-curated exhibitions, Member RSS feed, Advanced Search, New Media Resources, and navigation of the full ten years of the ArtBase and TextBase. This month we introduced two exciting new sections to the members-only New Media Resources portion of the site: a multidisciplinary reference collection of New Media syllabi and a comprehensive guide to New Media Festivals worldwide. This is in addition to our already popular New Media Programs and New Media Residency listings. Not only will membership allow you access to a full range of benefits, your valuable contribution also helps to maintain and strengthen all of our content on and offline. Step up your Rhizome experience and become a member today! - Rhizome

SuperCollider Symposium and Courses
September 17 - 23
The Hague, The Netherlands
supported by: DCR, tag, The Institute of Sonology, STEIM, SampleAndHold.org, The City of The Hague, Studio Loos, Theater Zeebelt

Concerts:
two concerts and a club night including a live-coding jam

Listening Room & Installations:
During the week or the weekend.

We are now accepting proposals for participation in the second SuperCollider Symposium, in The Hague, The Netherlands. The Symposium will introduce SuperCollider (SC) to new users, show the current state of development and host talks and presentations of projects, in which SC plays an important role. In addition there will be concerts with music utilizing the software. Email short outlines of possible talks, workshops, projects and performances (maximum 200 words) to the organisers below by June 18. The Smoking Jacket, by Fiona Carswell, has a built-in pair of lungs on the front that act as an iconographic "warning system". The polite smoker can blow the smoke into a "container" at the collar, in order to avoid blowing it in the faces of people around them. The smoke then filters into a set of see-through lungs at the front of the jacket. Over time the lungs, which have an air-filter back, should darken from cigarette smoke.

I asked Fiona to explain me how it works: "When wearing the jacket, the smoker exhales cigarette smoke into a one-way air valve in the collar, trapping it in. The smoke is then channelled through some tubing to a pair of plastic lungs on the front of the jacket. Inside the lungs is air-filter material which darkens to a brownish stain after repeated exposure to smoke. The lungs aren't completely airtight, so the smoke will eventually seep out, allowing it to be used many times."

So how did you get the idea? "My inspiration was not to change people, but to see if visceral, comic information displays could cause self-awareness and reflection in a way that literal, numerical displays can't. As it turned out, some smokers loved wearing the jacket, and wanted to wear it even when not smoking. However, as soon as it started to darken, that was the point at which there was a disconnect and they couldn't reconcile feeling pride in something that other people thought was 'gross'."

The jacket is part of a series of similar ideas involving visceral, absurd information displays such as the Malignant Mole Bikini.

The Latency of the Moving Image in New Media 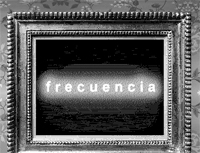 The Latency of the Moving Image in New Media purposefully overlaps the presentation by TROYANO collective on Art and Digital Culture, to take place on May 24. The exhibit in combination with the talk are meant to provide a space for critical reflection on the ongoing development of media culture.

What separates new media from previous media is in part waiting periods that define public and private experience; whether the download of a file from the Internet is taking longer than expected, an e-mail message has not been sent from one server to another for some unknown reason, or a large file is being rendered in video software like Final Cut Pro for output as a viewable movie, new media is largely dependent on constant moments of waiting, often referenced as latency. The Latency of the Moving Image in New Media presents artists who make the most of latency as a crucial element in their works.

Some of the works included in the exhibition are to be experienced online while others are to be seen as projections in an actual space, and others are downloadable interactive projects developed as freeware. The works will be available for viewing at TELIC in a way that is sensitive to their original contexts. A website will also be available for viewers outside of Los Angeles to experience the online projects, and to give information about those that are only viewable in the art space.

Artists participating in the exhibition include:

Helmet of the day One Eye Ball is an attempt by Hung-Chih Pen to experience the world from the view of dogs. He mounted LCD displays approximately the size of eyeglasses in a helmet and connected them through a tube with a camera attached to the end of this trunk. The trunk reached to just below the knee of the viewer, just the height, where a dog's eyes would normally be. Inside the helmet, the display shows what the camera records through the "dog eye". You can control the camera by hand or by moving the body and thus view the world from various perspectives.

While learning to deal with this new medium, viewers experience a feeling of dizziness: it is as though they have to newly adapt all the nerves of their body to this situation, in order to experience the sensory perception conveyed by this new medium with its low-control and high-tech feeling.