Nathaniel Stern and Scott Kildall "Wikipedia Art" project, which was deleted by Wikipedia users soon after it went live, was intended as an artistic intervention in the open yet closely regulated space of Wikipedia. Considering the context, it is unsurprising that the project was so short-lived. In the artist's statement, Kildall and Stern claim that the work "MUST BE written about extensively both on- and off-line" and, indeed, it did generate ample debate. Check the Rhizome Discussion board for a conversation related to the function of truth on Wikipedia, as well as the discussion section for the Wikipedia Art entry itself, where users consider the place of an art project of this type within Wikipedia. 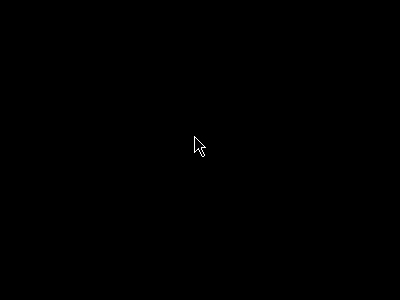 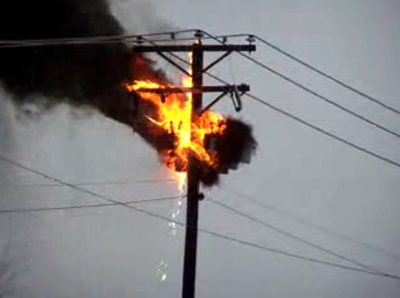 Today, the Berkeley Art Museum/ Pacific Film Archive, Berkeley Center for New Media, and Long Now Foundation will host what author Bruce Sterling calls a "Dead Media hootenanny." The Funeral for Analog TV will be a full day of revelry, capped-off by the kind of pseudo-event perhaps not seen by the Bay Area since Ant Farm's Media Burn. Attendees of the festive wake are encouraged to bring their analog TV sets to pile on an electronic heap which will simulate a snow crash at the end of the night. Though the US Congress recently extended the deadline by which all broadcasting television signals must legally be converted to digital HD, Sterling says the event is moving ahead as originally scheduled "because we prefer to bury a fresh corpse rather than wait for the walking dead to fall over." As the organizer of the Dead Media Project, Sterling knows a thing or two about the carcasses left behind as a result of technological upgrades. He joins a lineup of people that includes media historian Paul Saffo, artist collective Neighborhood Public Radio, and sound artist Author & Punisher in marking this rite of obsolescence. The organizers point out that it's only fitting that the funeral service be held in the Bay Area, given that the system for broadcasting and receiving TV signals was invented there. But if you can't make it to the West Coast to hear the eulogy, fear not. The event's penultimate "scattering of the ashes" will be an online rebroadcasting of the program. - Marisa Olson 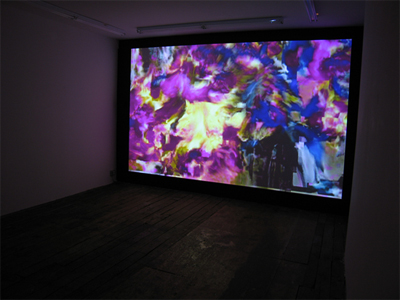 Tonight at 6:30pm, artist Takeshi Murata will screen a selection of his recent works and upcoming projects at Electronic Arts Intermix. This will be followed by a discussion with EAI's Josh Kline. Murata has developed his own unique method of processing digital glitches and errors to produce his vivid abstract videos and animations. An innovator in the field of digital video, the event this evening will be his first artist's talk in New York City. Not to be missed!

The New York Times announced this morning that Facebook would revert back to its previous terms of service. The decision comes in response to enormous outcry and protest about the modification, which would allow the site to retain and use one's content even after an account has been deleted. This is an unprecedented move, and it invites serious questions regarding one's ownership over material distributed on social networking platforms. (For a thorough comparison between Facebook's new terms of service and that of other social networking sites, go here.) While the decision by Facebook may come as a relief, the company still plans to eventually revise the terms again, which would "...reflect 'a new aproach' and would be 'a substantial revision from where we are now.'" Uh, vague! And creepy. While the company's CEO Mark Zuckerberg claims that Facebook users would somehow be involved in the revision process, he did not outline what this change might look like, nor the company's motive behind these changes. 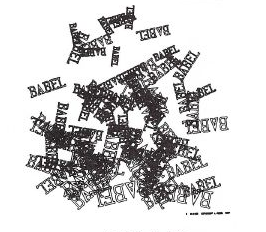 "The technical computer specialists, on the other hand, have to become aware of the potential contribution of the artists, develop a respect for their pattern perceiving and pattern generating abilities, for their trained sensitivity to the exploration of novelty, their ability to select what is most significant; indeed—at their best—to make concrete the future before it happens, before we can define it, formalize it and verbalize it." - Leslie Mezei

The 2008 works by British artist Tim Knowles and Swiss duo Pe Lang + Zimoun that are teamed up in Unpredictable Forms of Sound and Motion, curated by Steve Sacks at bitforms gallery, leave a bit less to chance than the title implies. The technology-driven pieces in the show take ideas originating in 60s and 70s land art, musical minimalism, and performance art, and situates them within constraints reminiscent of a scientific experiment. The result is that the works emerge as concrete entities, rather than as transient, site-specific or dematerialized experiences.