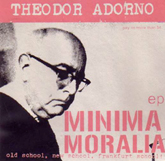 2. This Side of the Pleasure Principle [listen]

4. Every Work of Art Is an Uncommitted Crime [listen]

It's just a bad idea, and it began when I was mentioning to a friend about how funny it is that all those old anti capitalist punk albums with the "PAY NO MORE THAN $3" warnings can now be Ebay-ed for a $100. For some reason, we then both thought of Greil Marcus's book Lipstick Traces. How he made a glib aside about Marxist theorist Theodore Adorno and his exhiled-in-1940s-America memoir, Minima Moralia. With its bleaker-than-black humour and dismantling of modern life, Marcus said it would have made an excellent punk album. Why not take this pop wish and make it come true? 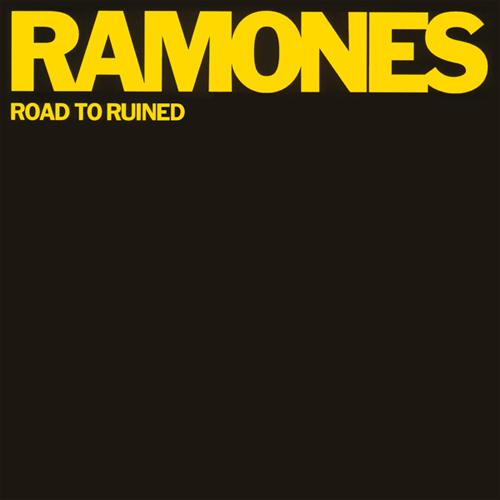 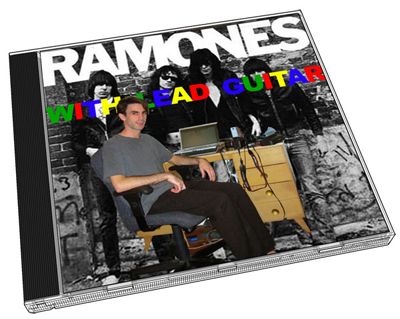 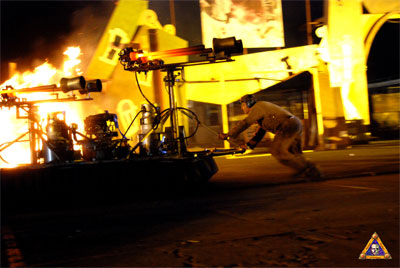 The word "influencer" is most often used by marketing strategists to refer to cool people to whom other consumers turn to for fashion and food advice. But the organizers of The Influencers, an annual "culture jamming and guerrilla communication fest" brandish this word like a weapon in the fight against the corporatization of culture. On February 5-7, the artist groups d-i-n-a and Eva and Franco Mattes (a.k.a. 0100101110101101.ORG) will present their fifth festival "dedicated to exploring unconventional weapons of mass communication." Their approach grows out of a classical perspective on détournement but is updated by an understanding of networked infrastructures and new forms of mobility and social organizing that effect protest strategies in digital culture. In addition to talks, workshops, and impromptu interventions, the festival's events will revolve around eight commissioned works by Survival Research Laboratories, Ztohoven, BLU, Improv Everywhere, Julius von Bismarck, Wu Ming, Swoon, and Wolfgang Staehle. This is an eclectic group, to say the least, whose work ranges from graffiti to pyrotechnics to comedic group performances to poetic video installations. The group's diversity serves to illustrate the wide reach of commercialism's impact and the wide range of people interested in fighting back in support of the liberties that become threatened by corporate encroachment onto public space and public speech. One goal of the festival will be to map out how these alternative voices can infiltrate the hardlined frontier between public and private, so these artists were thus selected for "their taste for risk, the impulse that moves the authors of these projects to build dangerous machines, act politically incorrectly, use anachronous technology, or simply to defy common sense." It sounds both fun and challenging, but if you can't make it ...

The College Art Association publicly denounced Brandeis University's decision to close the Rose Art Museum last night, in a letter broadcast to the Art&Education mailing list. The email is only one instance of the enormous surge of protest to come out against Brandeis since they made the announcement on Monday. See below for a mammoth link roundup.

Online Petition to Save the Rose Art Museum

The Boston Globe has been closely following the situation:

Shuttering the Rose Art Museum: An open letter to Brandeis from an alum. [January 27, 2009/ c-monster.net]

Brandeis to Sell All of Its Art [January 27, 2009/ Inside Higher Education] 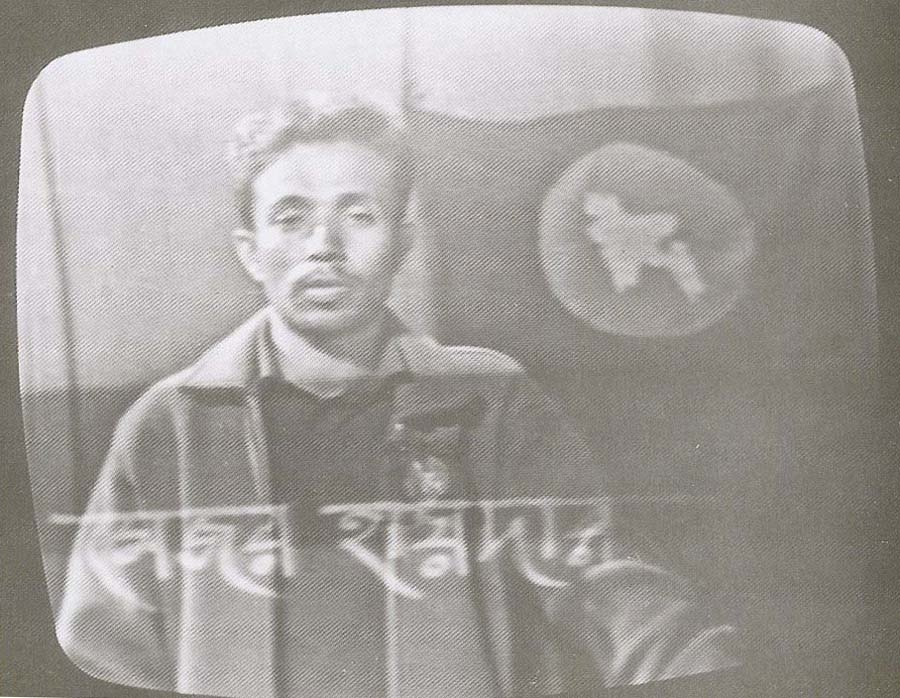 Join us tonight at 7pm for a lecture by artist Naeem Mohaiemen, who will present a project in progress on failed 1970s revolutionary movements. Mohaiemen will relate his talk to the present moment through personal anecdote and historical commentary. Mohaiemen is a writer and artist based in Dhaka and New York City, whose work has been shown internationally at the UK House of Lords (Human Rights Commission side-session), Berlin Transmediale, Finnish Museum of Photography, Dhaka Gallery Chitrak, Dubai Third Line and Singapore Flying Circus. He also works on activist projects around religious and ethnic minorities in Bangladesh, particularly army-occupied Chittagong Hill Tracts.Young Man Was No Longer A... was partially funded by Rhizome's Commissions Program.

This event is part of Rhizome's ongoing New Silent Series at the New Museum.