The New Museum and Rhizome are pleased to present THE TABLE. THE TABLE is a 5-hour day-into-night performance by DJ/producers Kingdom (Ezra Rubin), NGUZUNGUZU (Asma Maroof & Daniel Pineda), and Total Freedom (Ashland Mines) in collaboration with Wu Tsang. Presented by Wu Tsang as part of his residency We Remember Stories, Not Facts, THE TABLE is a live performance/webcast that brings together a group of artists who believe in DJing as an art form. THE TABLE places the four DJs on four opposing sides of a table in the middle of the floor. The artists face each other, working together and/or against each other to produce a constant stream of ad-libbed new ideas in sound. The unusual set-up gives the audience an unconventional role as co-conspirator, huddled around the table like students at a schoolyard brawl. The particular placement of the table uses bad feng shui to pleasantly disrupt our experience of entertainment and hospitality. THE TABLE is part of an ongoing series of parties/sound/experiences that began in Los Angeles.

KINGDOM, aka Ezra Rubin, is a DJ/Producer living in Los Angeles. Ezra's work is held in high regard around the world for its completely individual, almost otherworldly, character. Ezra has official releases on Fools Gold, Night Slugs ... 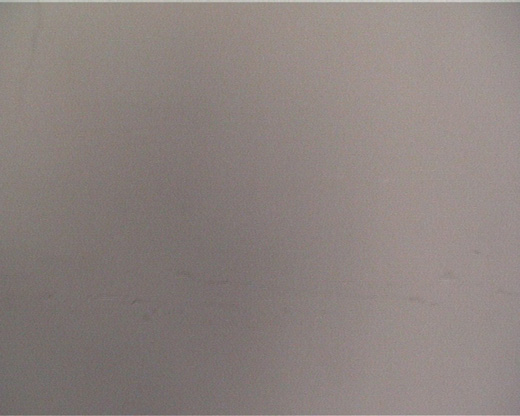 White Wall Tehran (still)
The video work “White Wall Tehran” results from a trip to Iran in January 2007. On the streets in Tehran I was stopped by the Iranian revolution guards, because I had been filming them with my videocamera. They erased 27 seconds of my video by filming the white inner wall of their headquarters. The re-recording only is producing the white imagery, that is showing nothing, but at the same time is consisting of various sound fragments: a radio transceiver, somebody stirring his coffee, music playing. 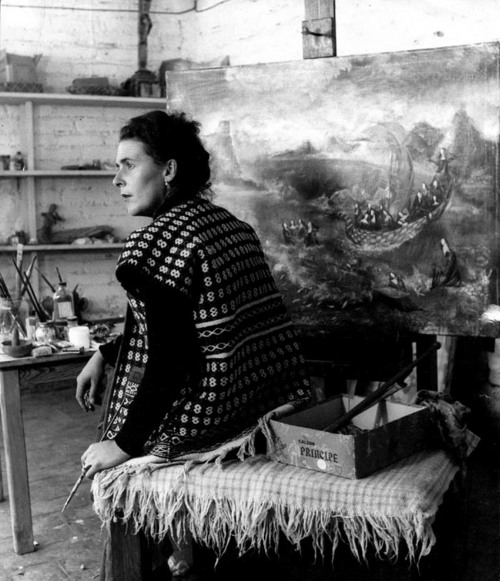 Links for your weekend: 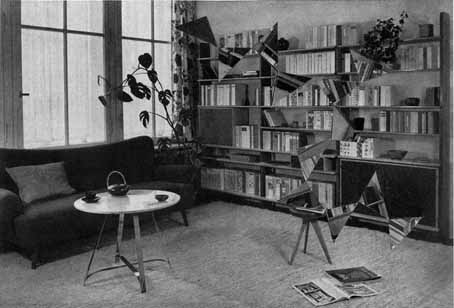 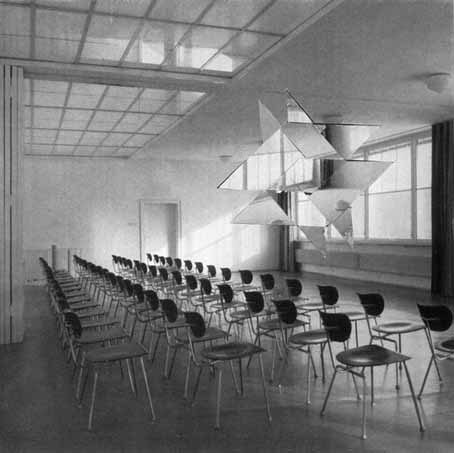 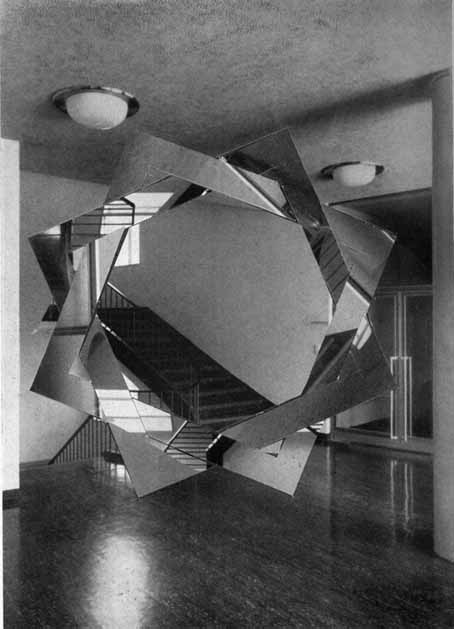 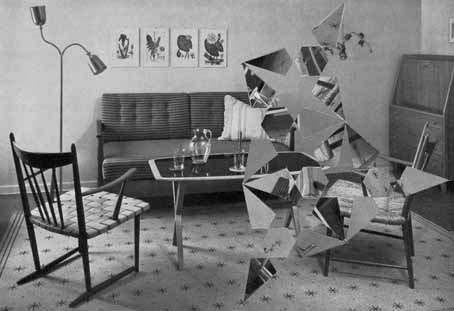 Images from Bojan Sarcevic, 1954 (2004)
The collages’ vague sense of time and place is located somewhat more precisely by their title, 1954 (all works 2004), which refers to the 1954 edition of the German architectural journal Baumeister, from which the pictures are taken. Germany in 1954, after two lost decades and the horrors of war, was tentatively starting to rebuild its traumatized national morale (helped in no small measure by the country’s unexpected World Cup victory that same year.) And, despite the absence of the country’s greatest modern architects, Walter Gropius and Ludwig Mies van der Rohe, architecture flourished in the steady rebuilding of cities reduced to rubble by Allied bombing, and was characterized by a cautiously optimistic Modernism. This was the year that Mies began his monumental Seagram building in New York, but the pictures Sarcevic collects here are more modest examples of a socially oriented Modernism, felt at the time to be not only an expression of, but also a form of active participation in, the creation of Germany’s new democracy. - Kristy Bell, Frieze magazine

via A Sound Awareness 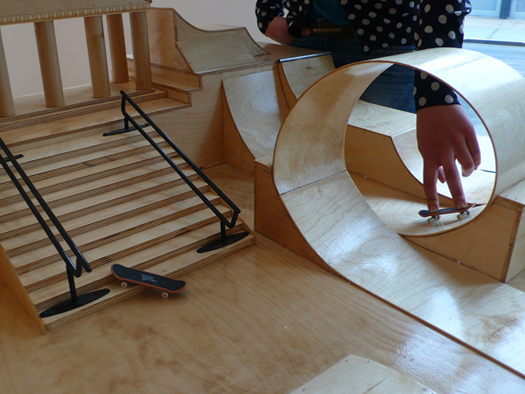 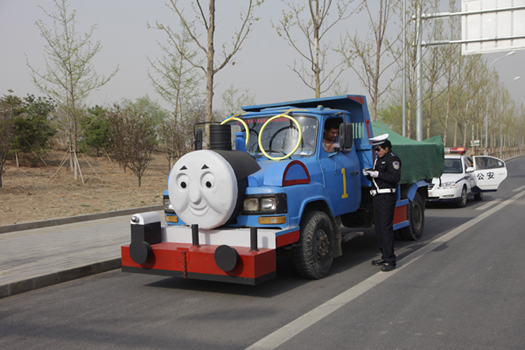 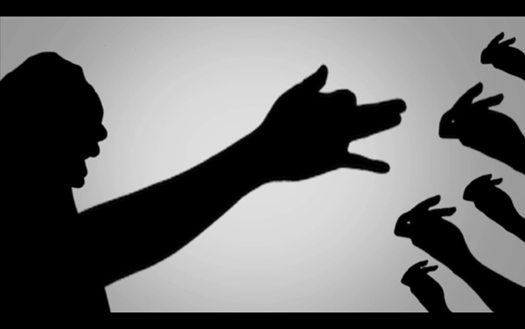 With Shadow Life, a work composed of three distinct narrative sequences Cao Fei invokes the days of childhood. The narrative draws upon the remembrance of a Chinese Spring Festival Gala celebration that ran on China’s official Central Television...In East Wind, the charmingly naive smile of Thomas, the British cartoon train engine, is superimposed on the front of a Chinese-manufactured Dong Feng truck (literally “East Wind” truck), which barrels across urban highways and overpasses with a single mission: to deliver refuse from a construction site in the city to a trash dump on its outskirts. The title of this work has clear historical overtones centring on Mao Zedong’s famous declaration that the east wind prevails over [the] west wind. This statement is associated with Mao’s so-called Third Front strategy, which sought to protect China from invasion by foreign powers by building industrial installations in western China. China’s “East Wind” (Dong Feng) automobile was founded in 1969 as a part of this campaign. But today, as this Western face is married to the Dong Feng truck, the power relationship between the two take on an indeterminate quality, just like the plight and pattern we see in the real world...

With a reconstituted urban model, Cao Fei’s installation work, Play Time perpetuates the open space created in RMB City, which offers a mode and mentality for more people to enjoy and participate in. In this fingerboard skate park sculpture, the buildings that Cao Fei uses as references come from all over the world. They are all charged with authoritarian and mystical connotations and take the form of some sort of belief. In this ... 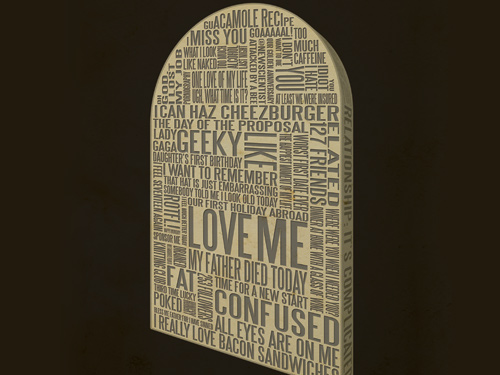 Special report in New Scientist's May issue on digital archiving and legacy: