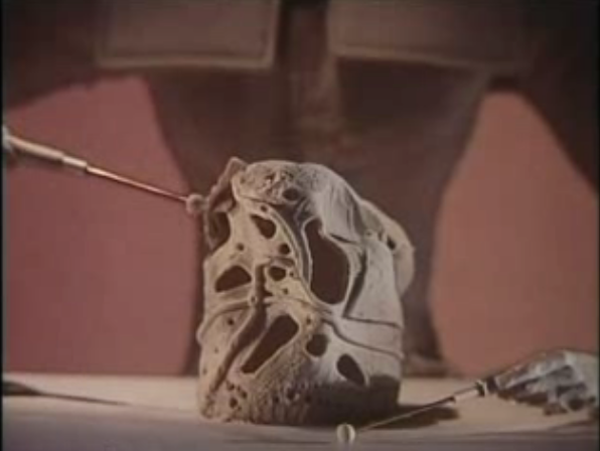 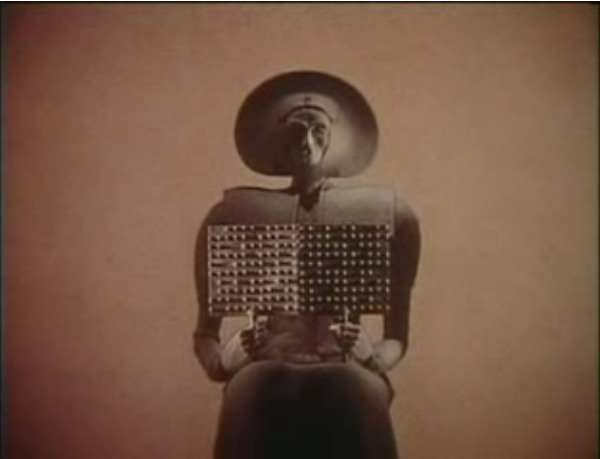 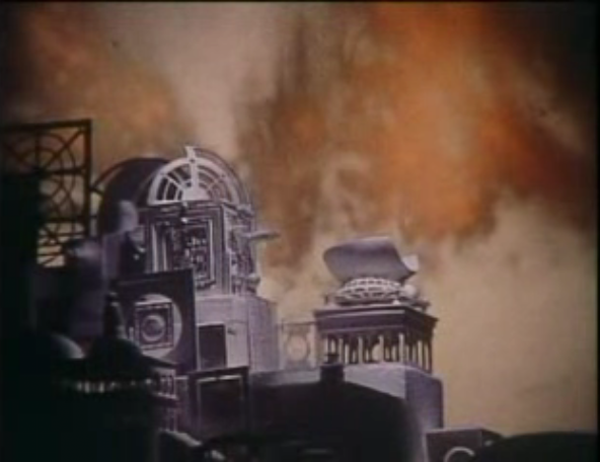 The East is Coming! The Demoscene in Eastern Europe

In 1988, a short note - titled “THE EAST IS COMING!” -- was published in well- known German cracker zine Illegal:

Have you ever heard of groups like "H.I.C." or "F.B.I."? Well, these crews are from Hungary! There is also an eastbloc-scene like in West Europe. I got demos from POLAND and U.S.S.R.

This is one of the first documentations of something like “the scene” in Eastern Europe. The Iron Curtain separated the editors of Illegal from people that were making cracks and demos in the Soviet Bloc, but this text is evidence that this barrier was not a problem for young computer nerds.

“The scene” in Eastern Europe has its origins in so-called “computer markets” in Warsaw and Budapest, where every weekend hundreds of people would sell hardware brought from the West along with pirated software. Such markets were just big copy parties. Teens with their C-64 brought in their backpacks would copy dozens of pirated games. Back then, nobody had even heard the word “copyright”. There was no need for cracks, as most games were provided with them by German and Scandinavian groups. Obviously, every game also had a cracktro, but at the beginning it was difficult to figure out what the scrollers and greetings were about. Some people even thought that Triad, Ikari and Hotline were just decent game companies.

Later local crackers started replacing the cracktros of Western groups with their own to make ads for their small entrepreneurships. One of the first Polish cracking groups was named WFC - World Cracking Federation - quite a prestigious name for a few guys pushing warez on the Warsaw market. Because of strict border controls there were no computer markets in Czechoslovakia, “the scene” was very small there. 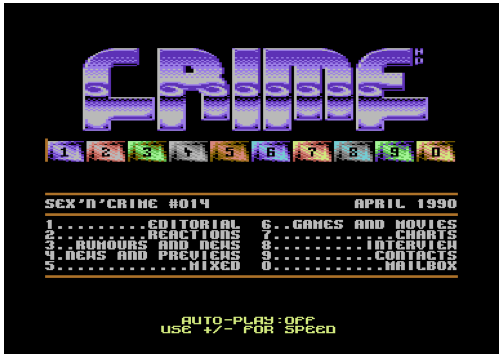 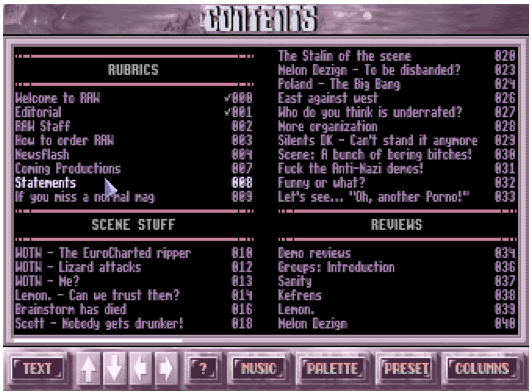 The first diskmags, such as Sex'n'Crime, were simple and contained maybe only a dozen of articles. In a few years the amount of content and the audiovisual sophistication increased considerably, and as can be seen in the second picture, the magazines on the Commodore Amiga already featured a graphical user ...

Demo Effects in a Nutshell

Visual effects are the building blocks of demos. To impress the audience, an effect needs to look good, have some novelty in it, and be technically well-executed. Especially during the early years of the demoscene, in the late eighties, creatively pushing hardware was highly regarded, but later on visual quality became increasingly important. The capabilities of home computers have improved considerably during the last 25 years, which has let the programmers create effects that would have been way beyond the reach of the early 8-bits such as the Commodore 64. Likewise, old tricks have become outdated or unfashionable and fallen out of use.

Most demos released in the late 1980s or early 1990s featured some kind of scrollers: text sliding across the screen. Several variations such as sinus or parallax scrollers exist, but the basic idea is still the same. Scrollers were often used for informative purposes, like displaying the credits or for sending greetings to fellow groups. Other common effects of the time were colorbars, wobblers and sprite graphics moving on top of the background. Common to all of them is that they directly reflect the capabilities of the contemporary hardware. A bit later image-based effects, such as various tunnels and zoomers, started to gain ground, reflecting the move away from bitmapped graphics hardware, which was ill-suited for such feats.

Vector graphics such as rotating objects and scenes became popular in the early 1990s, first in the primitive flat shaded format. Throughout the nineties the sophistication of vector graphics increased little by little and at the end of the decade you could see texture mapping, real-time shading and ...

The Demoscene -- an Overview

The demoscene is an international collective of programmers, graphics artists and musicians who create real-time audio-visual presentations with home computers. These people call themselves demosceners or just sceners. The real-time presentations are in turn called demos. Geographically the demoscene is a European phenomenon, with relatively little activity on other continents.

In this article, we want to introduce demos and the demoscene to the uninitiated reader.1 In the recent 10 years or so, social scientists, humanists and media researchers have written a number of texts that present the topic. These studies have been overviewed in our online research bibliography, Demoscene Research.2

Generally, the existing studies can be separated into two domains. In the first of these, the demoscene has been viewed as artistic activity. Secondly, many researchers have assessed demoscene culture as a particular way of life, for example as youth culture, counter culture, multimedia hacker culture or gendered community.

These existing works have opened up important and relevant points for discussion. But at the same time, they have often taken quite an abstract and an outsider perspective to demoscene practices. Having been active demosceners ourselves from the 1990s, we feel that the real live action of being in the scene should also receive its share of attention.

In this introduction, we thus focus on what demosceners do and the diverse artifacts they produce. We describe the basic concepts used by the sceners and explain the scene's key social conventions. The final section concludes with tips for further reading.

As the name already suggests, the main activity of the demoscene is making "demos". A demo is a series of computer graphics effects with a music soundtrack. In most cases the demo -- short for demonstration ...

Soviet Sci-Fi Animation in the 1980's

In the years leading up to the fall of the Soviet Union in 1991, several of its animation studios were releasing experimental short films based off short stories penned by prominent, American science fiction authors. This post assembles some of these futuristic and otherworldly animations.

Здесь могут водиться тигры, 1989
Here There Be Tigers (Based on the story by Ray Bradbury)
Director: Vladimir Samsonov
Studio: Ecran

-- FROM THE WIKIPEDIA ENTRY FOR "HOME OF THE BRAVE" 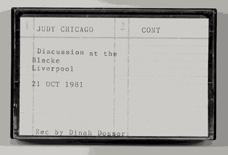 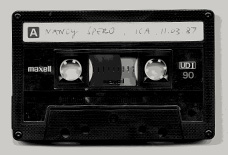 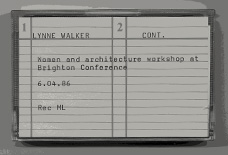 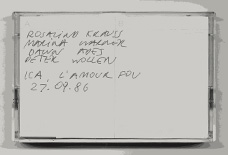 The Women's Audio Archive began as a series of recordings, taped by Lewandowska after leaving her home country in 1984, grown out of an interest in language as a site of cultural displacement. These recordings document public events, seminars, talks, conferences, and private conversations as valuable records of a particular time in discourse, beginning around 1983 until 1990. Lewandowska denotes this period of time as one dominated by academics and artists close to October magazine and by feminist gatherings, including the participating of Judy Chicago, Mary Kelly, Barbara Kruger, Yvonne Rainer, Jo Spences, Nancy Spero, Jane Weinstock, etc. In a variety of settings and institutions, as well as in private, the recordings also document talks by artists and academics such as Benjamin Buchloh, Victor Burgin, John Cage, Allan Kaprow, Tom Lawson, Les Levine, Peter Wollen, etc.

The act of sound recording began as a way to address the possibilities, as an artist and in everyday life, within a new, unfamiliar environment - through observation in gathering knowledge and participation in developing relationships. Having been educated and raised in a totalitarian state and under a Communist regime, the artist maintains a sensitivity to the power of representation, to the original and manipulation of images, thereby influencing her perception of how history is constructed, who keeps the documents, and who has access to public broadcast. Moreover, the emphasis on sound, away from the image, is a conscious decision by the artist to undermine the primacy of visuality.

In establishing the Women's Audio Archive, Lewandowska seeks to create a collection and a site that would act as a meeting point where the recording conversations would participate in developing a history of women in the media-visual tradition that by its ephemeral nature can easily be forgotten. The Archive, with its attention to sound ... 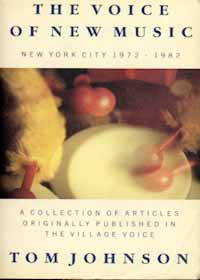 An anthology of articles on the evolution of minimal music in New York in 1972-1982, written by Tom Johnson, which originally appeared in the Village Voice. Published originally by Apollohuis, in Eindhoven, Holland, and now available as a free download.

-- DESCRIPTION FROM THE EDITIONS 75 SITE