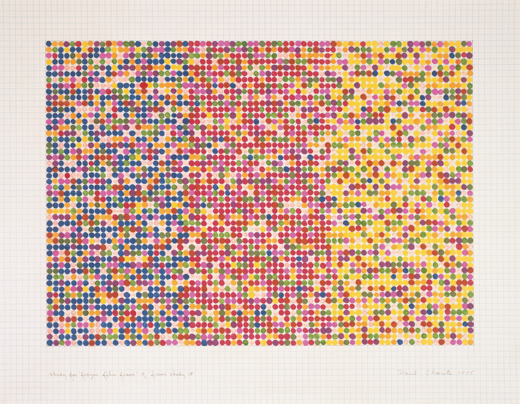 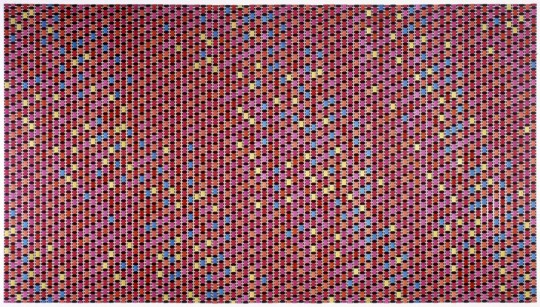 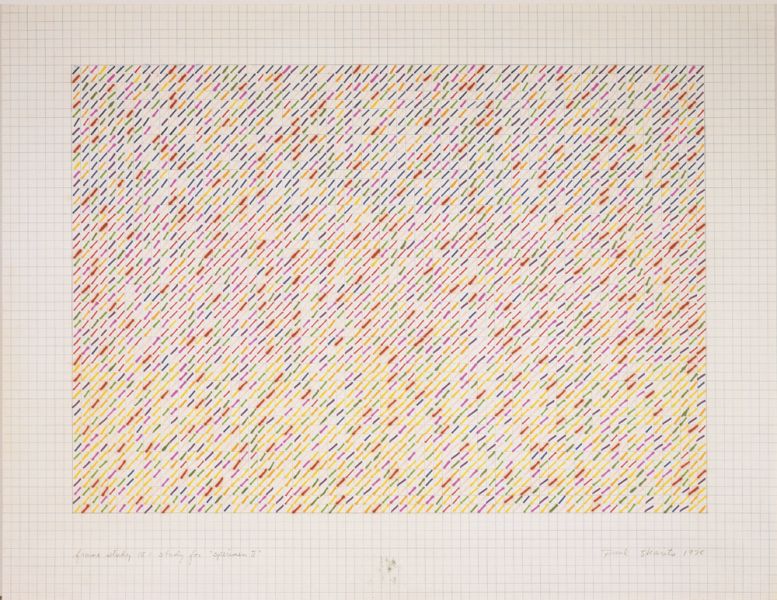 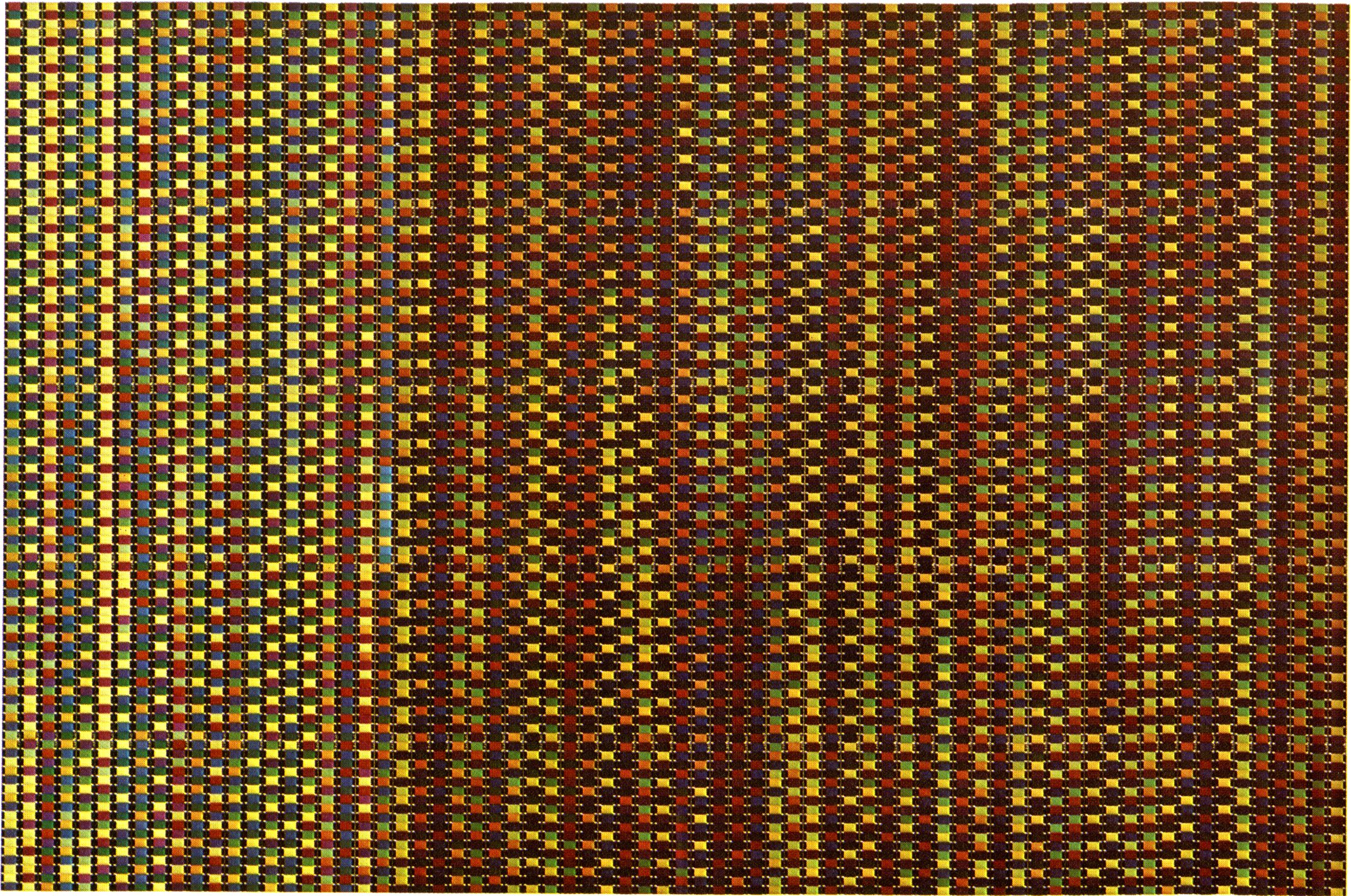 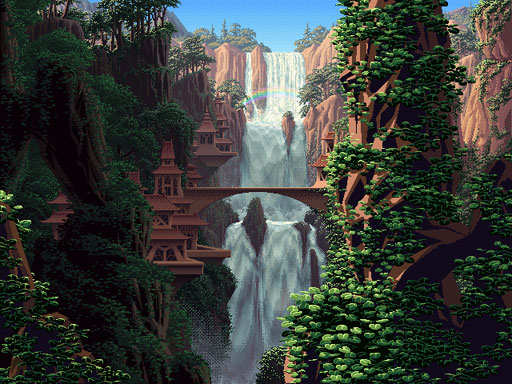 Unfortunately, more often than not this looked terrible, because the artist simply drew the scene once, picked some colors to be animated and set them to cycle. While this technically qualified as "color cycling", it looked more like a bad acid trip. For an example, just look at the water in this game.

However, there was one graphic artist who took the technique to a whole new level, and produced absolutely breathtaking color cycling scenes. Mark J. Ferrari, who also illustrated all the original backgrounds for LucasArts Loom, and some for The Secret of Monkey Island, invented his own unique ways of using color cycling for envrironmental effects that you really have to see to believe. These include rain, snow, ocean waves, moving fog, clouds, smoke, waterfalls, streams, lakes, and more. And all these effects are achieved without any layers or alpha channels -- just one single flat image with one 256 color palette.

Unfortunately the art of color cycling died out in the late 90s, giving way to newer technologies like 3D rendering and full 32-bit "true color" games. However, 2D pixel graphics of old are making a comeback in recent years, with mobile devices and web games. I thought now would be the time to reintroduce color cycling, using open web technologies like the HTML5 Canvas element. This demo is an implementation of a full 8-bit color cycling engine, rendered into an HTML5 Canvas in real-time. I am using 35 of Mark's original 640x480 pixel masterpieces which you can explore, and I added some ambient environmental soundtracks to match. Please enjoy, and the source code is free for you to use in your own projects 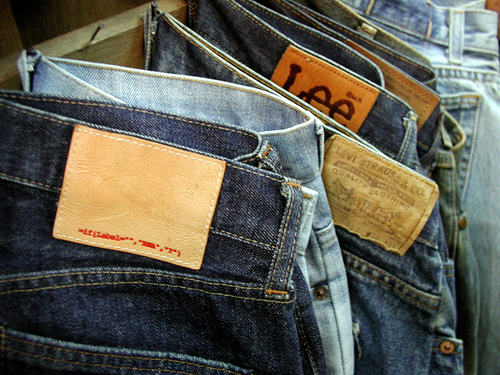 This is an Excel function. It also would work in Microsoft Access. The factory is using Excel or Access to store all the logos for the different jeans they make and then print them onto leather. This is what happens when there is a bug in their software. (broken counterfeit jeans on Flickr.)

Why do we enjoy 8-bit, glitch, and other technological imagery revealing the seams of its construction? "For a while now, I’ve been collecting images and things that seem to approach a new aesthetic of the future, which sounds more portentous than I mean. What I mean is that we’ve got frustrated with the NASA extropianism space-future, the failure of jetpacks, and we need to see the technologies we actually have with a new wonder." says James Bridle about his tumblr, The New Aesthetic. "It’s an aesthetic born of the grain of seeing/computation... the viewpoint of that other next nature, the robot-readable world," comments Matt Jones at BERG. 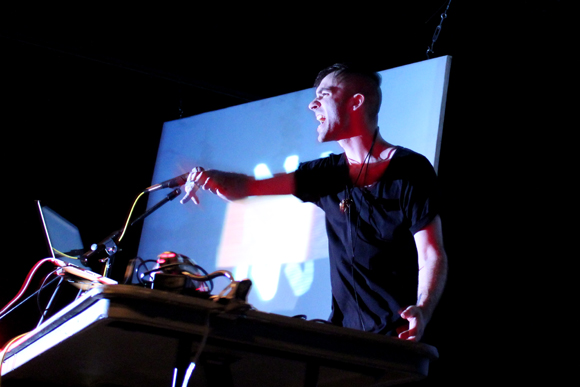 Blipfest co-founder Nullsleep, performing to a Saturday crowd
Over the weekend Eyebeam Art & Technology Center hosted the fifth annual Blip Festival. The three day concert series is a hub for the chiptune scene, an international community of musicians composing, arranging, and performing music for vintage computer and game systems such as Gameboy, NES, Commodore 64, and Amiga. For a sound that is left one-dimensional on record and is conflated with gamer culture, Blip provides the optimal conditions for absorbing the scene's depth and diversity. While the genre obviously draws influence from video game soundtracks, this is due in part to the parametric limitations of the medium and its composition environment. Stylistically, the weekend's oeuvre ranged from super posi 8bit pop-punk, to the darker more aggressive corners of electronic music and noise.

On display throughout the three evenings was the Blip Festival Gallery curated by Lindsay Howard. Three video monitors featured works from Sterling Crispin, Alexandra Gorczynski, and Nicolas Sassoon. This rotating exhibition was limited though to a small peripheral area by the entrance, and would have benefited greatly by expanding into the main gallery space. Instead the corners of Eyebeam's main gallery were occupied by vendors offering goods such as Makerbots, Gameboy accessories, and cupcakes. Among the festival's standout performances were: Tristan Perich (2010 Rhizome Commission recipient), offering a performance drawing from his 1 bit symphonies and 4mat, a veteran of the demoscene, and composer of music for the Amiga, presenting his debut public appearance (accompanied by stunning visuals from Enso). Unsurprisingly though co-organizers, and scene veterans Bit Shifter and Nullsleep stole the show (Nullsleep's visuals provided by Tabor Robak), both exuding pure energy with unstudied stage presence. 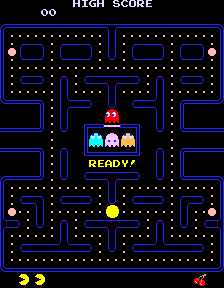 Each of the ghosts is programmed with an individual “personality”, a different algorithm it uses to determine its method of moving through the maze. Understanding how each ghost behaves is extremely important to be able to effectively avoid them...

The key to understanding ghost behavior is the concept of a target tile. The large majority of the time, each ghost has a specific tile that it is trying to reach, and its behavior revolves around trying to get to that tile from its current one. All of the ghosts use identical methods to travel towards their targets, but the different ghost personalities come about due to the individual way each ghost has of selecting its target tile. Note that there are no restrictions that a target tile must actually be possible to reach, they can (and often are) located on an inaccessible tile, and many of the common ghost behaviors are a direct result of this possibility... 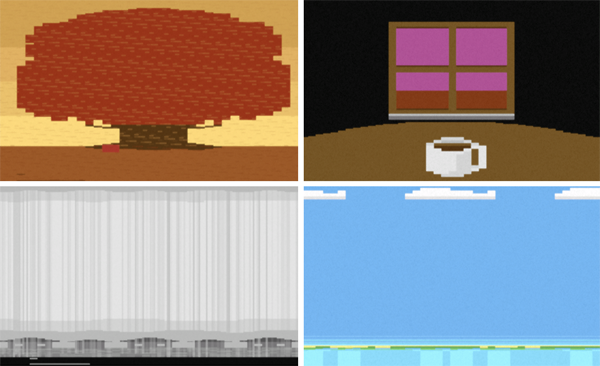 A Slow Year is a collection of four games, one for each season, about the experience of observing things. These games are neither action nor strategy: each of them requires a different kind of sedate observation and methodical input.

The game attempts to embrace maximum expressive constraint and representational condensation. I want to call them game poems. The set comprises a little collection, a kind of videogame chapbook.

Last week, I met up with Jeff Donaldson, aka noteNdo, on a particularly sweltering summer day in his studio in Bushwick. For close to a decade, Jeff has been modifying video game consoles to produce glitchy audio and visual material. These machines form the backbone of his practice, which began primarily in a live performance context, and has expanded from there. In the past few years, Jeff has begun to apply the patterns created from his consoles into material form by making scarves and prints, and more recently, he’s moved into fully immersive, interactive installations. For this studio visit, he walked me through a number of his consoles. 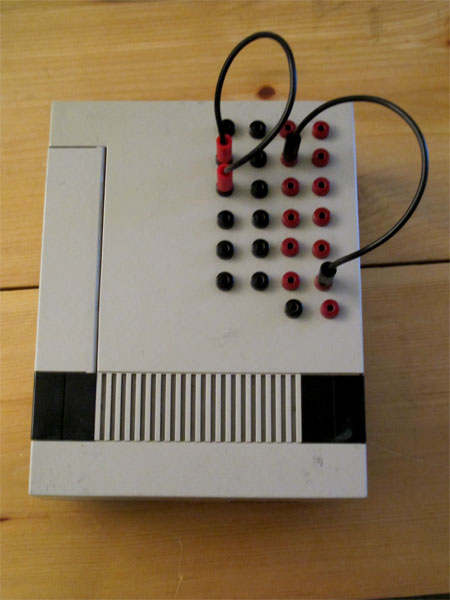 Meet Leo. Named after Leon Theremin, this Nintendo NES from 1985 was one of Jeff’s first projects and has become a staple in his work. He got the idea to make animation after a vivid dream - and set out on his Nintendo NES, the only tool he had at the time. 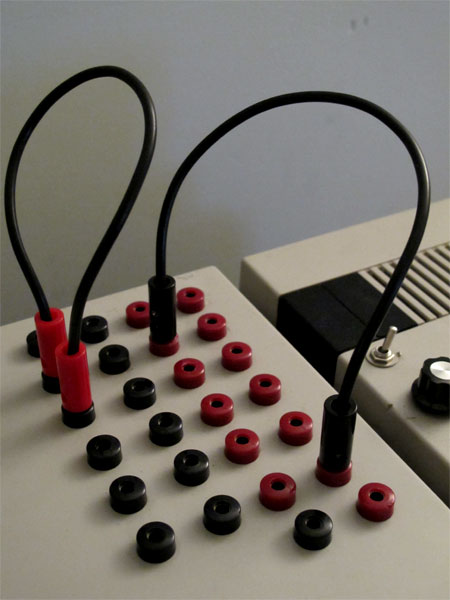 This is the patch bay for Leo. Patching the jacks offsets a short circuit that creates a visual effect, which Jeff discovered through trial and error. The patches allow him to revisit these effects - which are essentially bad reads by the system. Leo allows you to swap in and out different games - exposing the cartridges to the visual effects produced by Jeff’s modifications. Jeff described Leo as essentially an “auto-collage system” allowing a reworking of the original material through the settings he has determined.