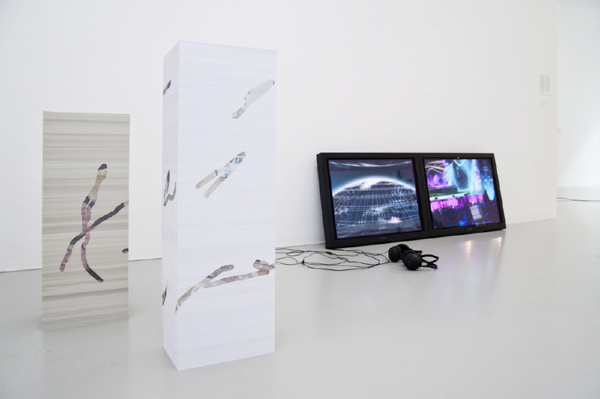 All of these materials relate to the video--a 3d visualization of "Dogville" from Lars von Trier's film--which is the only component of the work that I produced. It was meant to be a piece by itself but I did not think it was good enough. Sometimes the making-of is much more interesting than the work itself or the piece makes only sense in the context of it's creation. As I was researching about the film, I found out that the inspiration for the script was a song called "Pirate Jenny" performed by Nina Simone, which Trier had accidentally heard. The song was written in 1928 for Bertolt Brecht's Threepenny Opera. It's about a wash-girl who is ignored and abused by society. One day, pirates ...