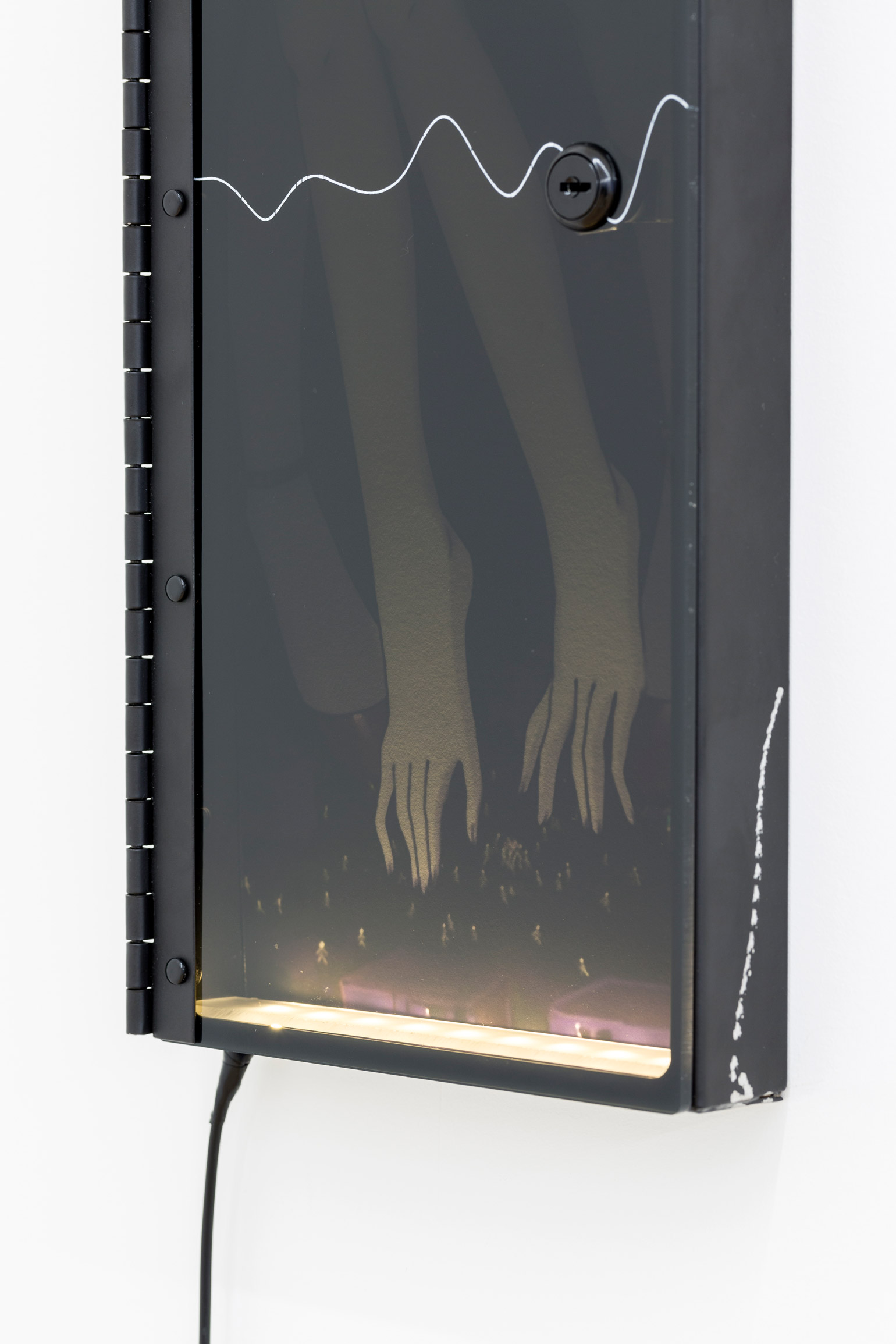 In futurist Ray Kurzweil's early version of the flatbed scanner, angled mirrors feed the image of a document through a series of encoding CCDs. Similarly positioned mirrors are also used in the treatment of amputee victims; the image of an extant limb is projected onto the phantom limb, allowing the patient to engage with this limb's sensory map.

Constantly reflecting on this imagery, Andrea Crespo's recent solo show "polymorphoses" at Hester in New York evokes an environment of clinical intimacy in its aesthetic and conceptual coherence. Similar to an LED screen or scanner, the digital prints on the four poly voile curtains covering the windows are backlit by the sun. Positioned in front of these curtains, an EMDR light bar (used by cognitive therapists to treat post-traumatic stress disorder) replicates a scanner's mobile light in the sculpture polymist: echolalic transponder; its accompanying soundtrack abstracts the diegetic sound of this light's kinetics as low digital tones. 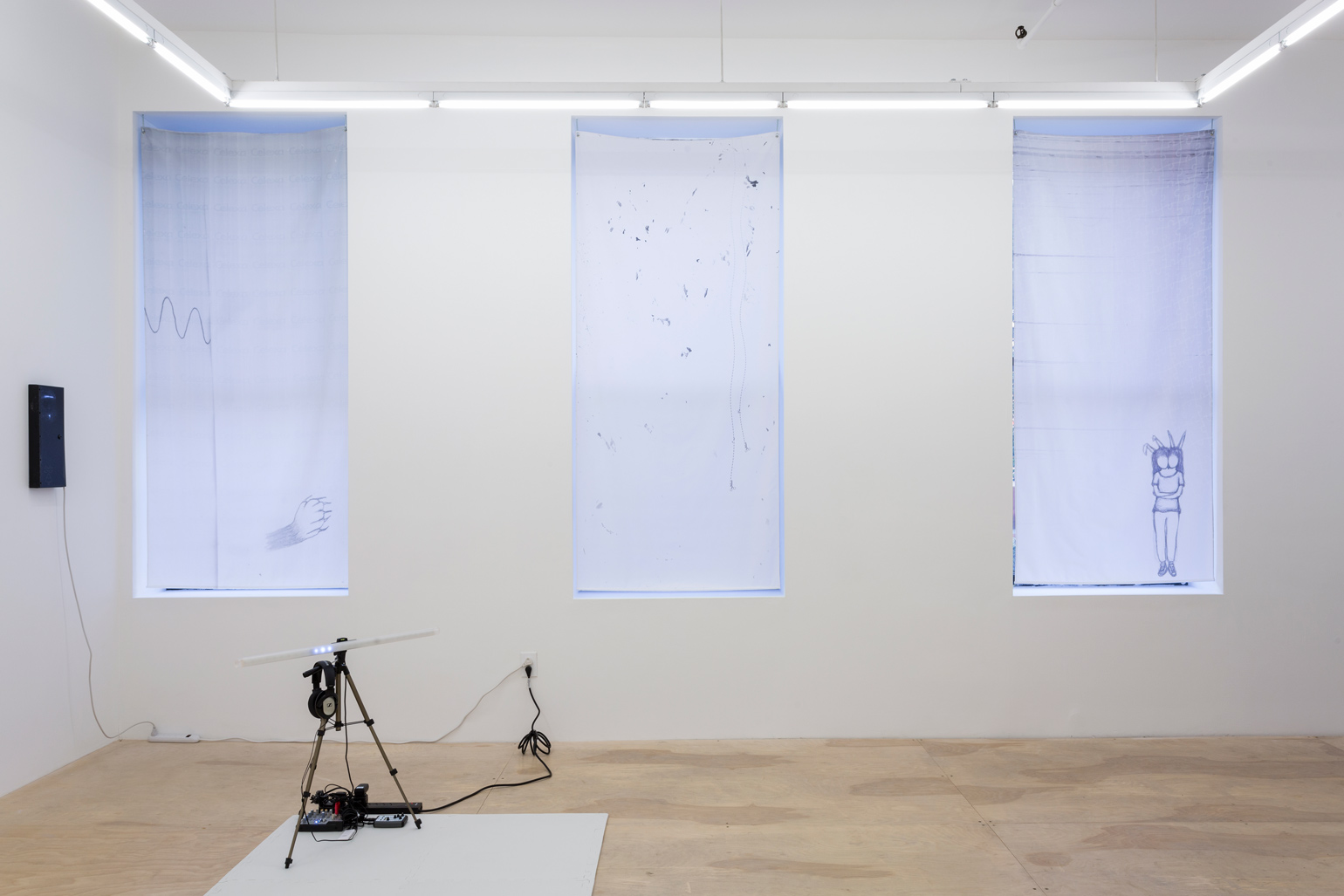 A scanner's white light rhythmically appears, segmenting the film parabiosis: neurolibidinal induction complex 2.2: this work's primarily black tone makes its bluish-white figures recall the emerging effect of minimal boot-up images. The film's DeviantArt-sourced images of conjoined anime characters regularly converge, split, and merge again. At the same time, the visual economy of this style's figuration is combined with minimal diagrams of mitochondrial reproduction, suggestive of the biological processes within technology. Drawing a parallel between biological and technological encoding and multiplication, the film links the scanner's abstraction of materiality into a system of digital circulation and memetic engineering with the production of DNA. The film's conjoined figures are considered within the interfaces and hardware in which they are embedded: in the film, they are suggested in a chatroom, cycled through on a Gameboy screen, and presented on a twitchy flatscreen monitor.

Your work explores the ambiguities of the cyborg's promise—how it can reinforce patriarchal gender systems as well as liberating us from them. Can you talk about that specifically in relation to Eden, where "lust" appears as an apparatus, a series of luxury hi-tech prosthetics, rather than as a possible relation between bodies?

I wouldn't oppose the apparatus to a possible relation between bodies. I would say that it mediates, complicates, and likely crystallizes relations in a particular way. Pornography in general is just the technological mediation of normative desire, whether it's through dildonics or other viewing apparatuses. All these means are very much capable of re-inscribing everything in very traditional ways. But they are not irredeemable. It's not like the multiplication of desire through technological means is always conformist. It may subvert itself along the way.