Harm van den Dorpel and Damon Zucconi on their work

This week, I Heart Photograph published an interview with artist Harm van den Dorpel which, however brief, offers insight into his process. In response to the first (of two) questions, van den Dorpel describes the series from which his image above is excerpted: "this work is part of my project 'semantics'. it is a series of manipulated found images. after applying one action or manipulation i put them back online. in computer programming 'semantics' is opposed to 'syntax'. when i look at media i am always struck by the (stupidity of) visual conventions and expectations; these are these syntactic rules. purposely i generate a syntax error in the visual language of the photos. after the images are processed on a lower layer, they become mine, and carry completely other meaning or emotions. " Also check out this interview from NY Arts Magazine with van den Dorpel and Damon Zucconi, a dynamic artist who shares some of van den Dorpel's concerns. Zucconi's varied and fast-growing body of work includes browser-based projects such as Sometimes Red, Sometimes Blue, video such as Untitled (SONY) as well as inter-disciplinary installations and expanded performances, all of which interrupt the marketing campaigns of everything from ideas to TV shows and, in so doing, interrogate the production and circulation of visual information. The format of their conversation: a straight transcription from gchat allows them to vacillate between casual conversation and more thoughtful reflections on their work -- all interesting and valuable to read. -- Lauren Cornell 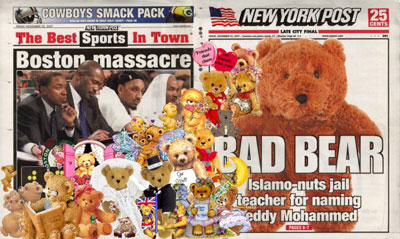 Artists Olia Lialina and Dragan Espenschied have produced a body of work that focuses on the vernacular visual language of the web, one that revels in its gaps and imperfections. Works such as Olia's and Dragan's: Comparative History of Classic Animated GIFs and Glitter Graphics and Midnight explore the evolution of digital imagery in tandem with the changing conception of the web's ideal appearance. Currently exhibited in Montage: Unmonumental Online, Lialina's Some Universe (2002) engages one of the most classic and widely used digital images: stars.

The latest iteration of Lialina and Espenschied's project Online Newspapers (2004-Ongoing), developed for the Madison Square Park Conservancy, follows this distinct direction. Shown on four outdoor video screens on the grounds of the Shake Shack, Online Newspapers: New York Edition is a series of scanned front pages of four New York daily newspapers. All have been rendered illegible by flashy animations and glitter graphics that evoke the look and feel of the early web. The papers imagine how websites for New York's major newspapers would look if designed not by the slick designers whose work dominates the web now but by the early users of the web who had a more homegrown aesthetic. By elevating these early styles and graphics, Online Newspapers suggests that the forward movement of the web does not necessarily amount to cultural improvement and that this assumption of progress is, in itself, an over-hyped and inaccurate piece of news. The exhibition will last from March 20 through April 27, with the works shown daily from 10 a.m. to 6 p.m. - Dennis Knopf 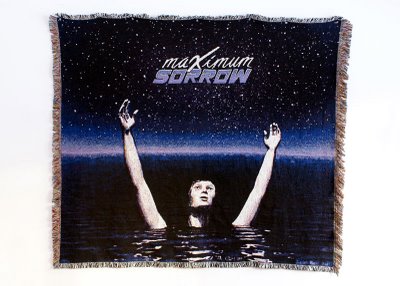 If virtual commerce were ever in need of a critical makeover, we might look no further than Kevin Bewersdorf and Paul Slocum to offer some solutions. As key instigators of a new type of objecthood, Bewersdorf and Slocum's individual and collective practices treat the internet as a launching pad for self-expression, where a motley crowd of Google searches and "spirit surfing" can be reinvested with the "ephemeral-imperfect" qualities of everyday items, courtesy of Walgreens.com Photo Center and other online manufacturers. What ensues are amusing products - pillowcases emblazoned with search result images of "Titanic" and "Woodstock"; mouse pads covered with pictures of "Pain" - made all the more bewildering by their stringent adherence to the terms of gallery exhibition: pristine white pedestals et. al. Bewersdorf and Slocum's reapportionment thus extends beyond the realm of clever shopping and into that of conceptual art, offering methods of traversing the routes of internet-based consumption towards highlighting a dominant commercial paradigm, yet ultimately sequestering its products in the realm of aesthetic display, within which their uncanny qualities may be brought into sharp relief. "Spirit Surfers," opening this weekend at VertexList, promises to find the artists delving deeper into this inquiry, and also marks the debut of their brand new web-based surfing club of the same name. - Tyler Coburn 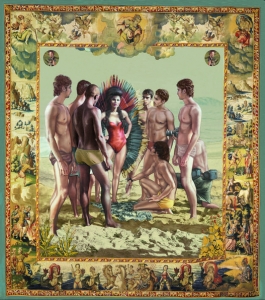 German artist Margret Eicher works in "traditional media," but don't let that fool you... Her tapestries, watercolors, and paintings are digital art in every sense of the phrase, employing digital weaving and printing tools and techniques to comment on information society. Eicher appropriates vernacular imagery of pop cultural figures, as well as news photos, video game images, and iconic art historical images to craft unique digital collages that then get translated into their "traditional" form. In an upcoming show at [Dam] Berlin, called "SHE," Eicher will present three tapestries that play off of the tropes of sensuality, irony, and provocation to explore femininity. Her images range from stills of the TV show "Desperate Housewives" to photos of "young bored couples." The tapestry medium is one with an important history, touching upon wealth and industry as well as early computing, in the era of Jacquard's Loom. Eicher is precise in recalling this history and using it as a vehicle to fabricate semiotic and psychological analyses of figurative gestures and their political implications, in mainstream visual culture. Her exhibition will be up from March 14-May 17 and more images of her work can be found here. - Marisa Olson

A Thousand Knights; No Respawn (2008) by Ilia Ovechkin

New work by Ilia Ovechkin entitled A Thousand Knights; No Respawn. Created using the Sauerbraten game engine, the piece features seemingly hundreds of knights repeatedly colliding into each other. "Respawn" is a gaming term referring to the resuscitation of a character after its death. The rapid movement and shapes in the video seem entirely removed from the gaming environment from which they originate, thus operating outside a virtual creation or death, or any sort of scenario. - Ceci Moss

We Interrupt Your Program at Mills College 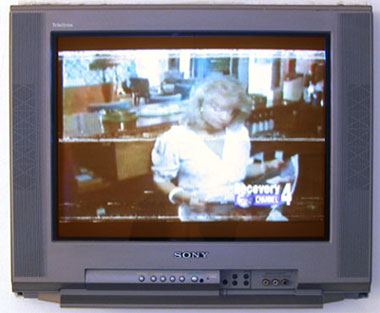 Organized by independent curator Marcia Tanner for the Art Museum at Mills College, "We Interrupt Your Program" presents fourteen artists whose video and new media works seek to disrupt systems of power. The exhibition, which opened January 16, 2008, follows shortly after what some have called "the year of the woman" for its multiple, rigorous historical exhibitions on feminist art, such as "Global Feminisms" at the Brooklyn Museum of Art and "WACK! Art and the Feminist Revolution" at the Museum of Contemporary Art, Los Angeles. While "We Interrupt Your Program" shows work by women only, it presents feminism at its most expansive and best: as a critical lens through which to connect to other social categories, such as nationality, class and religion. And, where iconic "year of the woman" shows focused on historical work, "We Interrupt Your Program" is a look at some of the leading lights in a new generation of feminist artists. The idea of home is a theme amongst several of the works. For instance, in Body Double (2006) San-Francisco-based artist Stephanie Syjuco presents a video triptych that features three Vietnam-era films, Platoon, Apocalypse Now and Hamburger Hill, whose soundtracks have been silenced and images of combat footage razed, leaving only a fragmented landscape and a heavily mediated picture of home and loss. Speaking to the increasing use of documents in art (see "Archive Fever" at the International Center of Photography), the Recovery Channels (1998-2005) by Nina Katchadourian invites viewers to watch fourteen-plus hours of footage from discarded video-tapes the artist retrieved from the streets of New York between 1998 and 2005. The abandoned tapes contain imagery from TV shows, soap operas and news broadcasts, much of which would be unforgettable to people tapped into mass media culture during those years. Recovered but not forgotten, the tapes ... 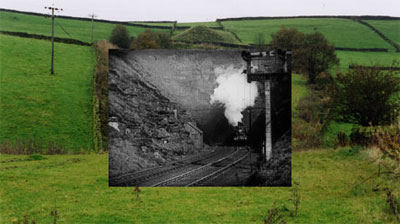 Throughout his career, English filmmaker Patrick Keiller has explored the nuances of his country's landscape. His investigations are set apart by their interest in the way the social, economic and political forces have shaped the nation's geography. One of his most famous films, London (1994), is a documentary account of the year 1992 in England's capital, as narrated by a fictional protagonist "Robinson". Keiller captures the grit and strife of London during the early 1990s, against the turbulent backdrop of declining infrastructure, IRA bombings, and longstanding Tory rule. Keiller combines static camera shots of London streets and landmarks with a poetic voice-over to create landscapes that evoke the political situation of the time. In his new installation The City of the Future (2007), currently on view at the British Film Institute on London's Southbank, Keiller marks a new phase in his exploration of England's socio-economic geography. Based on his research project "The Future of the Landscape and the Moving Image" (2007) at the Royal College of Art, The City of the Future unfolds as a multi-channel installation composed of moving images of London's late 19th century and early 20th century urban landscape collected from "actuality films," an early genre of documentary film that loosely captures footage of events and areas. Using an interactive map, visitors to the space may select a city and play films corresponding to the location. As such, the participant is made aware not only of the differences and similarities of the city's urban geography over time, but also the ever-changing social and economic realities written on the city itself. - Caitlin Jones

Image: Patrick Keiller, The City of the Future, 2007