From the Cooper Barricade to a Gallery Van: Aaron Graham in conversation 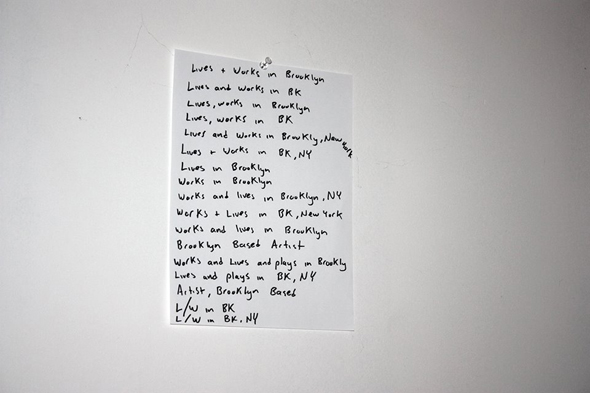 Louis Doulas: It might actually be interesting to start with your mother. I didn't know she was an artist until you mentioned it the other night. She makes collage work similar to your own (or is it the other way around?)

Aaron Graham: Although there's a huge generational gap between my mother and I, we find ourselves in the same sort of position: how do you access an art world, or an audience? For example, my mom considers herself an artist, and is one, rightfully so, but who does she show her work to? She doesn't really have an art world connection or gallery plug—she's also not necessarily interested in that either. Anyways, I find myself in a similar situation. It's funny, I graduated from school, and am looking for the next step, but when I look towards the art world and all the galleries, I can't seem to muster up the interest in playing that game, and I think much of my attitude, or position, stems from my political involvements with Cooper. What was really significant for me was the Cooper lock-in we did in December, which was my first real experience with direct action. That lock-in lasted a week and it was one of the best weeks ever. I think that once you taste these things, it's hard to go back to anything else.