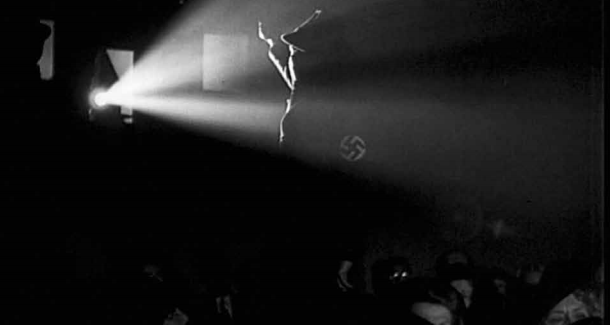 Per-Oskar Leu's Crisis and Critique consists of a video of trial scenes selected from German films from the 1930s and '40s, leather coats hung over speakers sometimes playing Bertolt Brecht's 1947 testimony to the House Un-American Activities Committee, and four mattressed seating areas with the German words for locked up, night, your ears, and misfortune printed on them. Presented in a curtained-off room, the installation at 155 Freeman Street was accompanied by a newly translated essay by Otto Freundlich entitled "The Artist and the Economic Crisis."  The sum of these parts might make for an ominous, harrowing piece, which by its content, it is. It's also an insightful and engaging installation on the role of the artist and art in the whole mixed-layered world at large.

'At large' is apt as Leu, in the show's press release, cites an investigation of Verfremdungseffekt—distancing effect—in relation to the experiences of Bertolt Brecht. The video of trials in German cinema demonstrate how the format of a trial flattens the dimensions of an individual, with the defendent often used as a tool to prove a political point or create legal precedence. The transcript and audio recording of Brecht's testimony before the Committee is rich with content, displaying the State’s fear of insurgence, problems with translation and misinterpretation, and a reminder of art’s ability to incite. Brecht's words in songs and poems, the primary reason for his appearance in Washington, D.C., were quoted to him (in poor translations, he stated to comic effect) during his testimony. His appearance, along with those of so many artists and others during the McCarthy years, serves as a reminder that critical thought can be powerful and dangerous. Poets, writers and ...

How do Artists Illustrate the Passage of Time? by Karen Archey 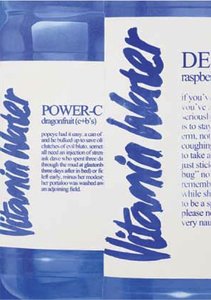 Karen Archey writes about art representing the passage of time in MAP magazine:

There are certain artists whose works exist in multiple temporalities, and challenge the notion of temporality itself. They exhibit a sensitivity to an evolving contemporary condition defined by this recently developed shift in pace. such work operates under multiple, connected working methods, each containing at least two temporalities: the first being the specific cultural moment in which it is made, evidenced by the marks and mediums endemic to its time; the subsequent moment being that in which the work is accessed or activated by its viewer. But what happens when these temporalities are complicated, or even masked? Is it possible for an artwork to possess multiple meanings through different activation points in time, or preserve a singular meaning that is timeless?

Consider Andy Warhol’s ‘Time Capsules’ project, an archive of the artist’s everyday accruals from 1974 to his death in 1987. A set of 612 dated cardboard boxes containing banalities ranging from daily newspapers, correspondence, and financial records to gifts and refuse, Warhol’s ‘Time Capsules’ reimagine the impetus of the first time capsule realised in 1939 by Westinghouse Corporation for new York’s World Fair. As per the popular understanding of the time capsule, the Westinghouse version combined and preserved items considered emblematic of their historical moment: microfilaments, bank notes, recorded messages from Albert Einstein, commonly used textiles, etc. somewhat perversely, the boxes containing Warhol’s cast offs have since been lovingly catalogued, preserved and photographed by museum archivists. Yet Warhol presciently understood that it was the near-invisible matter most familiar to us that may most distinctly define a given historical moment, perhaps more so than whatever is ceremoniously deemed significant at the time. Warhol’s nonchalantly collected materials ... 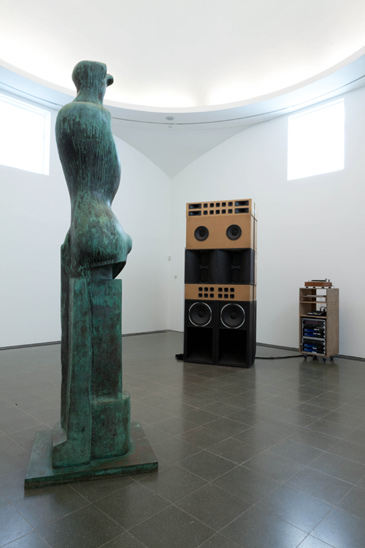 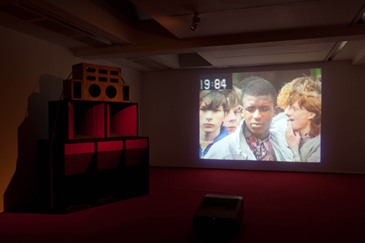 The End of History… and the Return of History Painting 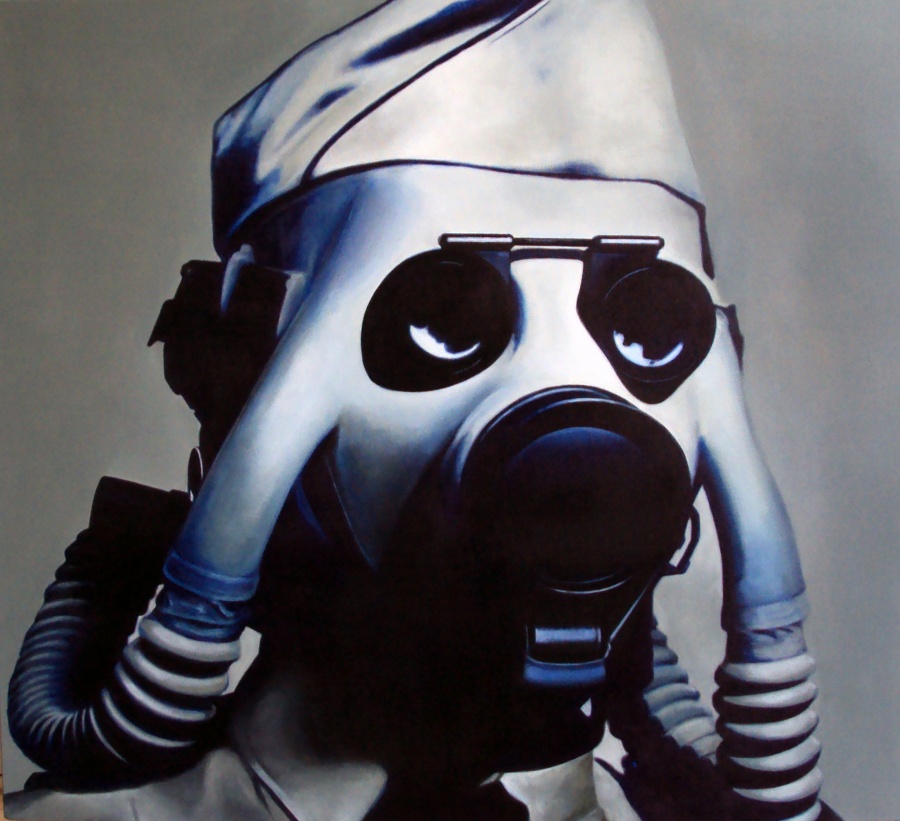 Gamaliel Rodriguez - Gamaliel Rodriguez, The alternate identity (from the series ‘Issues’), 2010, acrylic on canvas, 86 x 96 cm. Courtesy Espacio Minimo, Madrid
Today’s information and mass media society have brought about a diffused ‘aestheticization’ where artists are mixing political and war images with those proceeding from adds, commercial cinema and entertainment. Be it by hiding images behind layers, making them transparent or pixilated, applying faded colors and thick paint, there is a slowing down of the experience of viewing an image through a hand made, physical rendering. But, besides this ‘slowness’ and physicality that we traditionally associate with painting, the painting medium is also paradoxically going through an ‘acceleration’ process through its newfound relationship with iPhones, scanners, Photoshop, Facebook, satellites, digital cameras, and 3-D programs.
- The Museum voor Moderne Kunst Arnhem (MMKA) description of exhibition The End of History…and The Return of History Painting.