You Know We're Living in the Computer Age? Computer History According to Law & Order 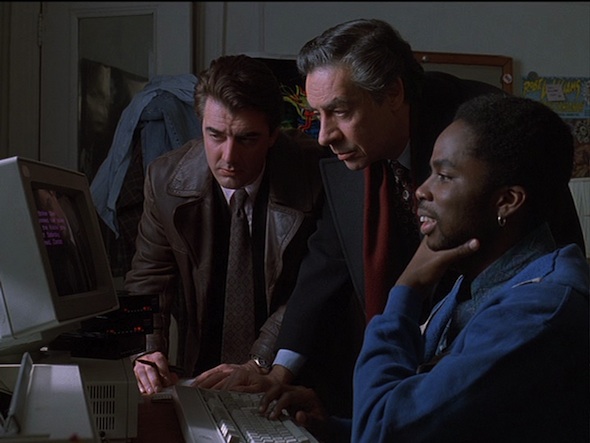 Artist Jeff Thompson received a Rhizome commission in 2012 for his project Computers on Law & Order, for which he watched every episode of the long-running television series and took screenshots of all the computers. Thompson will present an illustrated lecture based on the project  this Saturday, Feb 1 at 4pm at the Museum of the Moving Image, followed by a discussion with Law & Order graphic designer Kevin Raper. In this article, he shares some of his findings.

In the fall of 1990, a television program about crime, police investigation, and criminal trials named Law & Order aired for the first time. The show eventually ended in 2010, tied with Gunsmoke for the longest-running live-action television show at 20 seasons and 456 episodes.[1] With its unique (and consistent) style and trademark "dun-dun!" sound, Law & Order has generated several spin-offs and can likely be found playing at any hour of the day somewhere on cable.[2]