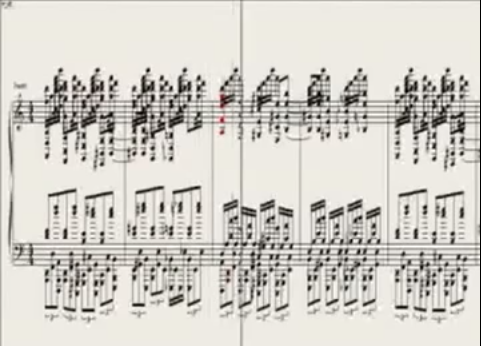 This post is part of Wavelength, a series of guest curated sound art and music mixes.
In a 2006 article for TATE Etc. entitled "Black Moods," Gabriel Ramin Schor surveyed the color black's appearance in the Western art historical canon, and in doing so reminded us of the way Goethe referred to color as "troubled light." From black metal theory to black power; the black screen of a DOS terminal to Olbers' paradoxical blackness of the night sky, I've always been attracted to concepts associated with blackness myself. Crossing from the visual to the aural, as a sound artist and occasional DJ, I was moved to respond to some of what I thought was at stake in Black Midi in the form of a nonchalantly sequenced mixtape qua media-archaeological romp through the archive.

The Impossible Music of Black MIDI 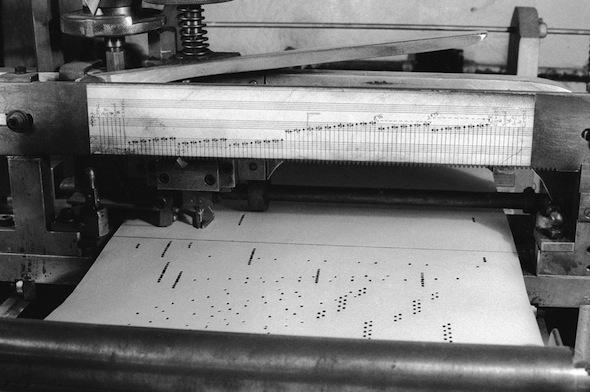 In 1947, the composer Conlon Nancarrow—frustrated with human pianists and their limited ability to play his rhythmically complex music—purchased a device which allowed him to punch holes in player piano rolls. This technology allowed him to create incredibly complex musical compositions, unplayable by human hands, which later came to be widely recognized by electronic musicians as an important precursor to their work.

A similar interest in seemingly impossible music can be found today in a group of musicians who use MIDI files (which store musical notes and timings, not unlike player piano rolls) to create compositions that feature staggering numbers of notes. They're calling this kind of music "black MIDI," which basically means that when you look at the music in the form of standard notation, it looks like almost solid black:

Blackers take these MIDI files and run them through software such as Synesthesia, which is kind of an educational version of Guitar Hero for the piano, and bills itself as "piano for everyone." It's kind of brilliant to imagine a novice piano player looking for some online tutorials and stumbling across, say, this video of the song Bad Apple, which reportedly includes 8.49 million separate notes.