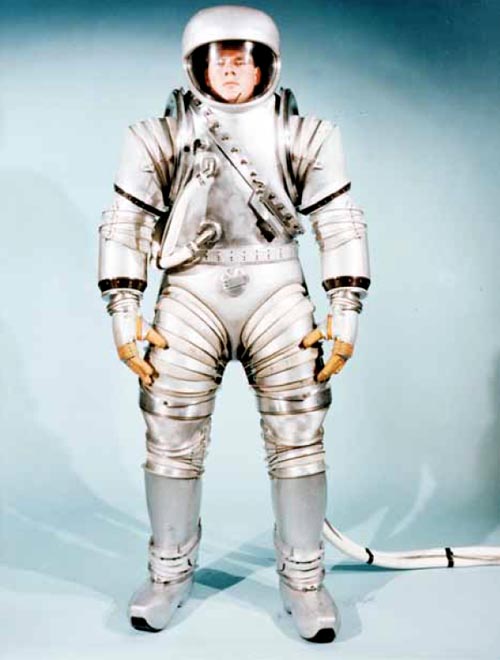 But then the actual spacesuit—this 21-layered messy assemblage made by a bra company, using hand-stitched couture techniques—is kind of an anti-hero. It’s much more embarrassing, of course—it’s made by people who make women’s underwear—but, then, it’s also much more urbane. It’s a complex, multilayered assemblage that actually recapitulates the messy logic of our own bodies, rather than present us with the singular ideal of a cyborg or the hard, one-piece, military-industrial suits against which the Playtex suit was always competing. ... — Nicholas de Monchaux, author of "Spacesuit: Fashioning Apollo" in an interview with BLDGBLOG's Geoff Manaugh.