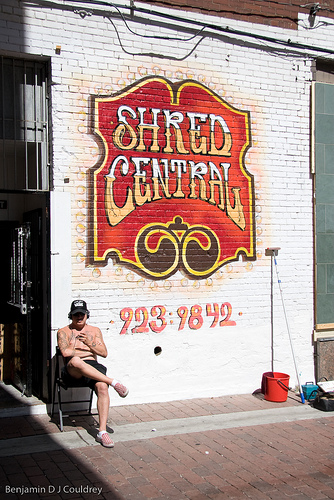 Shreds are a genre of YouTube videos in which the creator dubs their own solos over a videotaped performance of an original band or musician. Similar to karaoke, the videos poke fun and attempt to undermine the talent or celebrity aura of the musician through their own amateurism. Some of these videos are really quite perceptive and brilliant, and through their humor, present a pointed response to popular culture, fame, and rock stardom. Today we will be posting up select shred videos as well as art projects that are inspired by this genre.

Mark Leckey is Fabulously Weird and We Love Him For It

Much like a music video for an artist, Turner Prize Winner Mark Leckey's offbeat performance/interview for the Tate advertises both the artist and his work in a concise and curious 6 minute clip. Dressed in a suit and tie, Leckey walks us through pieces such as Cinema in the Round and Made in 'Eaven while speaking into a concave mirror or while seated on a rotating platform. His intricate explanations carry on like this:

"I'm here now in my flat. Well, it's not actually my flat. It's a set of my flat. Um, but I'm recording and making a new piece of work. Or an old piece of work that I've made new. The piece is called Search Engine and it's a slide projection piece which allows me to enhance photographs, 2 dimensional photographs, so they appear 3 dimensional and allow me to look into corners and rooms within my flat that I wasn't sure existed. This is based upon a scene in Blade Runner with a machine that basically scans a 2 dimensional photograph and kind of renders so it becomes 3 dimensional. It becomes a space that Harrison Ford can then investigate..."

Matthew Higgs once described Leckey as a "part drifter, part dandy, part flaneur-artiste" for ArtForum in 2002, and his mental meanderings follow this portrayal. This wandering is also apparent in his work, such as in his epic montage of found rave footage Fiorucci Made Me Hardcore, a piece that draws on the same pleasure of diversion and voyeuristic viewing practices which drive contemporary platforms such as YouTube. In this clip for the Tate, which is distinctly self-referential and self-aware, one could suggest that in performing his eccentric dandy-ism in such a pronounced way, Leckey is dually channeling ... 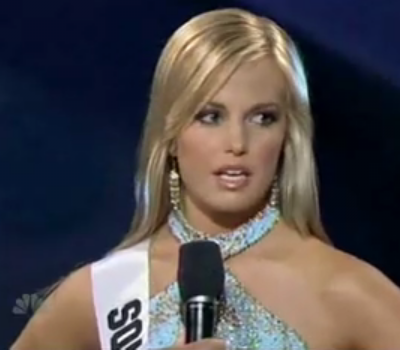 Dancing with the Stars 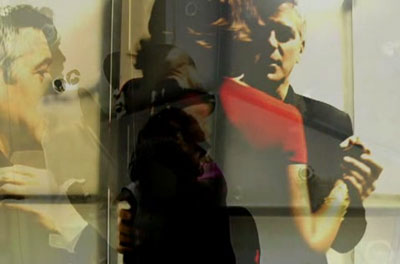 This week, critic Ben Davis wrote an interesting treatise on "The Superartist." Davis uses the term to describe those artists who are super savvy at penetrating the media, and become superstars by virtue of their collaborations with big corporations and work in mainstream contexts. His argument was that so-called 'Superart' has a populist touch, and appreciation of the work tends to be an appreciation of being part of a collective, as opposed to an individual, aesthetic experience, just as the works themselves tend away from personal statements and towards blank social referents. As it turns out, this could be a very good critique of Lincoln Schatz's newest project, Esquire's Portrait of the 21st Century, in which the generative artist uses his own custom software to create an evolving portrait of those 75 people the magazine has deemed the most important people of the coming decades...Just in time for Esquire's 75th anniversary issue. Schatz has constructed a "CUBE," the white frosted glass walls of which very much resemble a Chelsea gallery facade except that the structure is studded with video cameras and Mac minis. The stars in question are invited into the cube for hour-long interviews about their personal interests, after which they are generatively collaged into an evolving constellation with other stars, according to their shared interests. In a tried and true display of the magazine's firm grasp of 21st century media, Schatz is keeping a blog in which the portraits are uploaded. So far, the footage is very beautiful and almost painterly in the ways that it overlaps and meshes together. It's easy to create corporate collaborations as sell-out projects, but harder to spend the time thinking about a work's wider resonance. The artist's bio says that his work "has focused ... 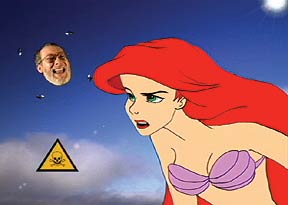 A new copyright-related exhibition curated by Inke Arns and Francis Hunger, of Hartware MedienKunstVerein, in Dortmund (DE), has one heck of a title: "Anna Kournikova Deleted By Memeright Trusted System: Art in the Age of Intellectual Property." Then again, it sounds like a heck of a show. The first piece visitors will see when they enter the HMKV exhibition space is a video by Negativland and Tim Maloney, called Gimme the Mermaid, in which Disney's Little Mermaid character is seen shouting, "You can't use it without my permission...I'm gonna sue your ass!" The exhibit, which runs July 19-October 19 is part of a larger initiative called "Work 2.0: Copyright and Creative Work in the Digital Age," which includes a iRights.info, web-based research project exploring new labor relations emerging in this litigious era; and a September 26-28 symposium on "Creative Work and Copyright." The show features a good mix of established artists in that field as well as others from the world of fine art and media production, including Christophe Bruno, Nate Harrison, John Heartfield, Kembrew McLeod, Monochrom, Alexei Shulgin + Aristarkh Chernyshev, Cornelia Sollfrank, Stay Free, UBERMORGEN.COM + Alessandro Ludovico + Paolo Cirio, and others. The show's title is plucked from a short story by participating artist David Rice who writes of a time in the future when stars' brands are maintained by laserbeam-armed satellites who snuff out unauthorized copycats. In the story, the "real" tennis star Anna Kournikova is accidentally misrecognized as a fake and "deleted" by the system. These sorts of sci-fi narratives always provide a touchstone for public fears and fantasies about the future, particularly in relationship to technology. This exhibition emerges from a contemporary context in which the development of new technologies that make copying easier have led to unprecedentedly stringent ...

Ignivomous posted a new guest artist project to their site for Spring 2008. "THEEND/THEBEGINNING" by Chris Coy is a credit roll, complete with an elevator music-style soundtrack, comprised of image captures of actor Kevin Bacon's credit line from every film in which he appeared. Bacon famously claimed that he has worked with everybody in Hollywood or someone related to them, and this assertion became the grounds for a trivia game entitled "the Six Degrees of Kevin Bacon," in which participants attempt to connect any actor to appear on screen in history to Kevin Bacon with as few links as possible. The game popularized the myth that Kevin Bacon is a nexus for all Hollywood. By assembling Bacon's credit lines into one place, Coy's piece can be interpreted as a credit roll for all films ever made, giving the title "THEEND/THEBEGINNING" greater significance.

For those of you considering bookmarking the project, Coy provided a list of tags in lieu of an artist's statement. See below: