The Final Post: Computer Evolution on Law and Order 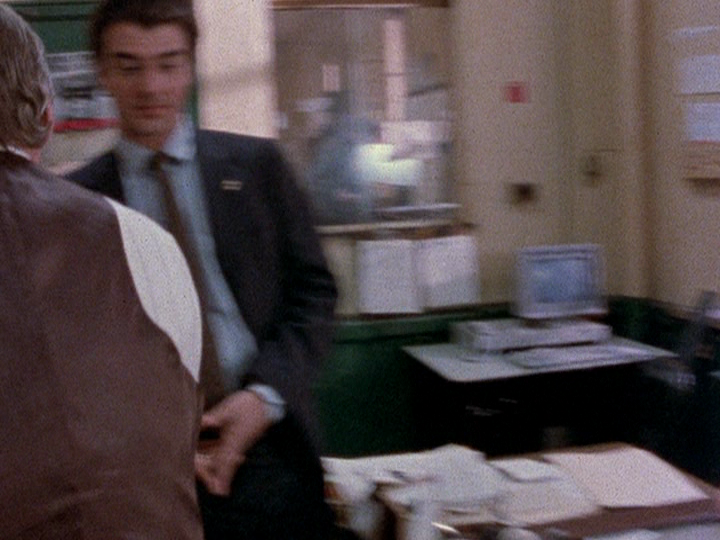 Combining endurance performance art and media studies, artist Jeff Thompson captured over 11,000 images of the show Law & Order while watching the complete original series over the course of 18 months, often at an increased frame rate in order to save time. Through these images, he tracked the computer's changing role on the show from its debut as a static background prop to its starring role as the focus of characters' attention and the basis of plotlines. Those images have been published to a Tumblr on an ongoing basis since the launch of the project; the final post went up today. 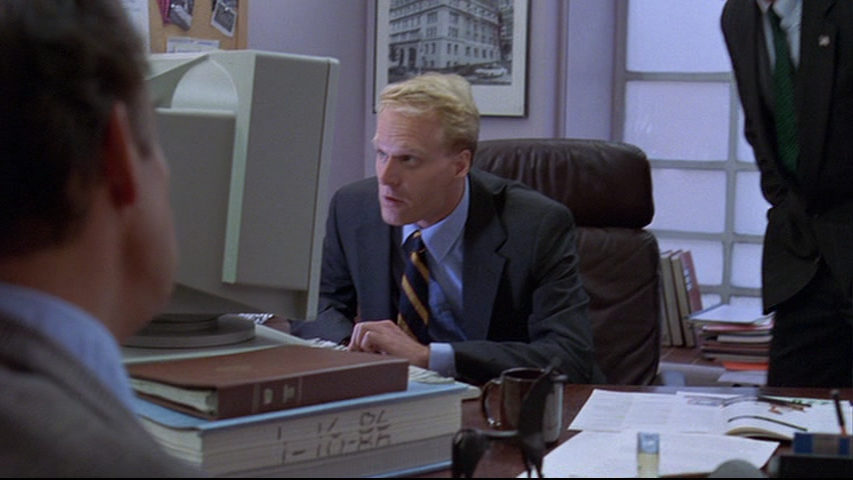 Clunky monitors slowly move to the front of the desk (5, 89)

Computers on Law & Order was created per a Rhizome commission in 2012 — an apt time to analyze the ongoing interdependence of technology and daily life. As Thompson immersed himself in television drama's interpretation of the rise of the internet and the appearance of the Blackberry, real-world consumers were being influenced by appification and the mainstream prevalence of the cloud. The ability to “binge watch”—coupled with the power to stream comfortably with near immediacy—is what ignited Thompson’s initial interest in the project; after obsessive detailing and the creation of logical infographics, his ultimate findings sound like an anthropological study of American culture:

“Law & Order is an even more interesting cultural artifact than I could have ever expected. The show forms a unique database of images and speech, and one that reflects the fascinations, fears, and biases of its time. Law & Order's long run and its ‘ripped from the headlines’ content makes it a useful lens through which to look at a period of great political and economic change in the United States.” 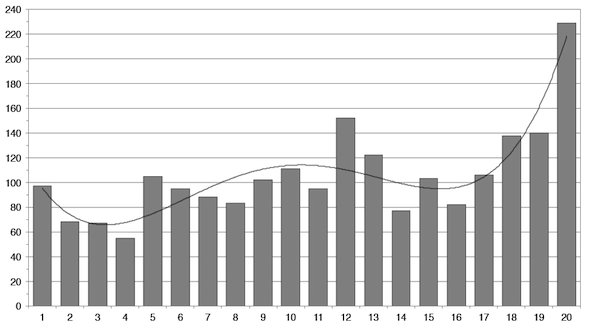