We Copy Like We Breathe: Cory Doctorow's SIGGRAPH 2011 Keynote 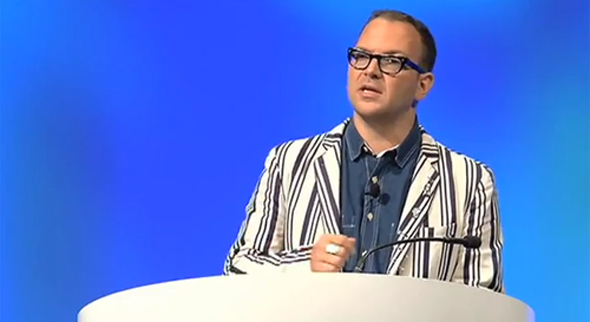 When Cory Doctorow started his Keynote speech at this year's SIGGRAPH conference he started bravely by granting the audience "unequivocal permission to record video, audio, and to use those recordings ... in all media now known or yet to be invented throughout the known universe." This past Wednesday, two days after the speech, the Keynote was available on YouTube.

In the speech, Doctorow, co-editor of Boing Boing, outlined copyright and digital rights management's current state of affairs by providing details and examples that took the conversation far beyond the typically polarized copyright debate that divides the analysis into two mutually exclusive parts - either bad or good. In warming up to a proposal of his own set of laws he outlined an important issue that affects those experimenting on multiple portable platforms such as the iPhone, iPad, Android, and other emerging devices. Apple worked as the central example because of their sophisticated management of DRM, supported by the fact that they are generally good at what they do. Doctorow's concern about Apple's proprietary restrictions on transferring purchases from iTunes or the App Store were compounded by a recent announcement in the Guardian that German patent court has granted Apple a preliminary injunction that would prevent any import of Samsung's new Galaxy tablet into the country. This is certainly a concern for consumers and adds to the importance of Doctorow’s speech - but it’s an even bigger concern for artists who are experimenting on these platforms. As more artists make apps for the App Store they are opting into a restricted environment. If a consumer buys their app, and wants to transfer it to another device, they have no recourse except to ask Apple for permission ...